Every now and then on Facebook I’ll see ads from pages with names like “Monty Python Fans Only” or “Washington Nationals Fanatics” offering unlicensed, unofficial t-shirts.

(I was going to screencap one as an example, but I haven’t seen any in a few weeks. They come and they go.)

The Peanuts Gang and the All-Star Game 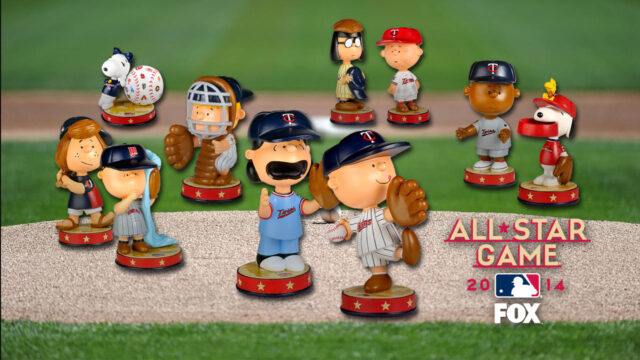 I’m about to criticize something that I think is neat. Why? Because it’s absolutely wrong. MLB and the Minnesota Twins have teamed up to produce a series of commemorative statues for this year’s MLB All-Star Game with the Peanuts gang. It’s a natural, right? Charlie Brown and the gang spent…

Typically, the ads I’ve seen, especially the sports-related ones (which have also been for Chicago Cubs and Baltimore Orioles t-shirts) combine the team logos and colors with Charles Schulz’s Peanuts. Like TeeFury or Ript Apparel shirts, these aren’t, in any way, officially sanctioned products. It’s copyright and IP theft, pure and simple, which is probably why the ads pop up, they get reported, the ads get shut down, and then someone else pops up in their place, offering very similar merchandise.

I’ve been tempted by these in the past — I saw someone wearing a Chicago Cubs Snoopy shirt I’d seen offered when I was in Chicago last year — but I’ve never placed an order for one for generally the same reason I won’t order TeeFury or Ript any longer: the merchandise is theft, pure and simple, appropriating others’ characters and logos. Charles Schulz’s estate didn’t sign off on the use of Charlie Brown. MLB didn’t sign off on the use of the team logos. Someone else is making the money, not the IP holders.

But there’s another reason, especially when it comes to Peanuts. This came up when the All-Star Game was in Minnesota a few years ago, and a series of statues of the Peanuts gang in Twins uniforms were sold. Charlie Brown was not, canonically, a Minnesota Twins fan. Nor was he a Chicago Cubs fan, nor a Washington Nationals fan (a team which did not exist when Schulz died), nor a Balitmore Orioles fan.

A few weeks ago, late March or early April, one of the ads popped up. This one was for a Baltimore Orioles Peanuts shirt. The design was nice, if I owned one I’d probably enjoy wearing it, but it was an Orioles shirt. I found that I could find the offerings for other teams by manually editing the URL. Cubs or Nationals? Cubs or Nationals?

I settled on the Nationals. 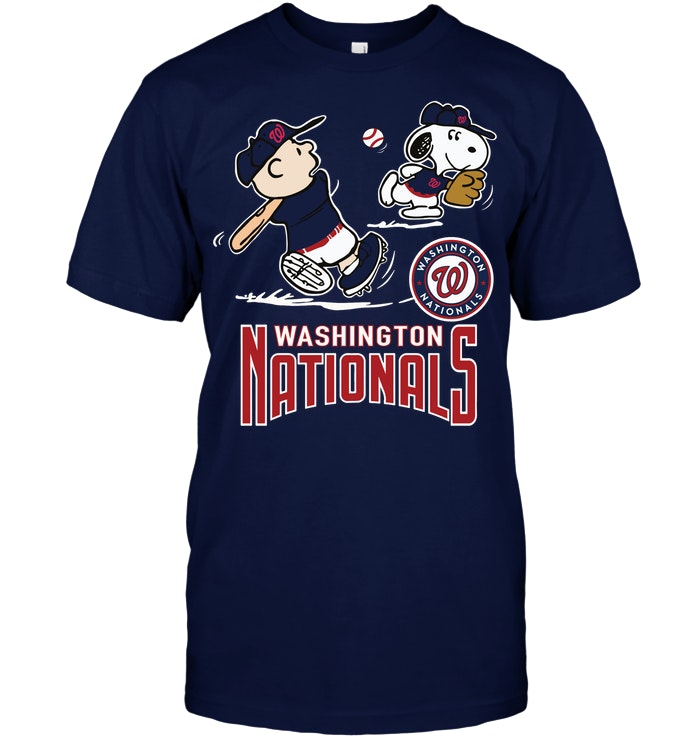 Even so, still I agonized for three days over whether or not to order it.

(I ignored the clock ticking down to the final hours of this “limited time offer.” Even when the time expired, it still said it was available for two days.)

The shirt arrived in the mail on Tuesday. I thought, even after placing the order, that I had wasted the money. That I’d find it was a cheap t-shirt, with a cheap transfer that wouldn’t look good and wouldn’t survive the first wash. To my surprise, it was a heavy Hanes t-shirt, and the print is heavy and solid.

I’m thinking of wearing it tomorrow, for my first Harrisburg Senators game of the year.

I know I’ll enjoy wearing it, even if it’s unofficial, even if Charlie Brown never was a Washington Nationals fan.