A Flower for the Beetle

I am a super-genius!

I’ve had a dashboard flower in my Beetles since 2005. In the first one, I didn’t have the official Volkswagen vase, so I ran the stem through the hole, hooked it inside the mount for the vase, then stabilized it with little plastic shopper cards.

The new Beetle came with the vase. The flower flopped around in that thanks to the shape of the vase.

I put my thinking cap on. “What I need is a rubber wine bottle stopper. I run the stem through the stopper, then the stopper goes into the vase.”

I went to a couple of stores and could not find what I wanted. Maybe what I wanted didn’t exist? But surely it did; my parents have rubber wine bottle stoppers.

Google was my friend. I discovered that Bed Bath and Beyond sold the very thing. Off to BB&B I went.

The wine bottle stopper fit the vase perfectly. I had to strip the stem down to its wire, and I punched it through. 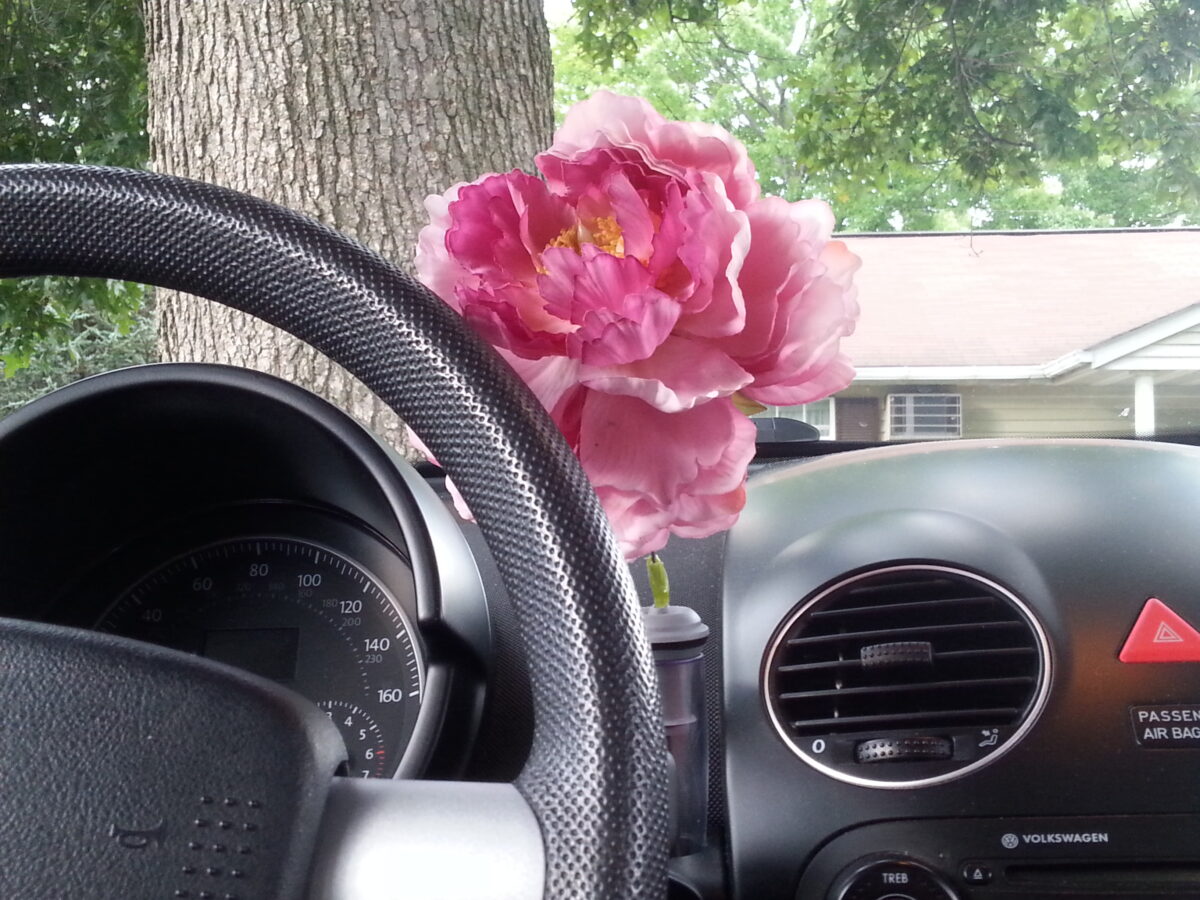 We’ll see how this does in a road test tomorrow when I go to work. My hunch is that it will work very well indeed.

It’s my original flower, by the way. I have bought a new one, just in case.