Of late I have been experimenting with cheese and onions sandwiches.

I mentioned back in March that, because of George Harrison’s 75th birthday, I rewatched Eric Idle’s The Rutles: All You Need Is Cash. Harrison was a huge fan of Idle’s satire of the Beatles, and he even had a cameo as a reporter covering the decline and fall of Rutle Corp. One sequence of the film involves the song “Cheese and Onions,” seen in the classic Rutles animated film Yellow Submarine Sandwich, and despite hearing the song many a time, as I like the Rutles, I realized I had no idea what a cheese and onions sandwich actually was.

When I looked into the matter, I discovered, as I put it in an email to a work colleague in the UK, “Is a British-style cheese and onions sandwich really just shredded cheese, diced onions, and mayonnaise blended together and slapped on two pieces of bread? I’ve heard the Rutles song ‘Cheese and Onions’ for years and assumed it was some sort of awesome thing, but I feel a bit underwhelmed if it’s just a cheese/onion/mayo blend.”

The reply I got back:

I’m afraid I’ll have to shatter the illusion, Allyn, that is indeed correct. It’s still a pretty nice sandwich, but I guess when you’ve expected so much of it, it can be a let down. Here’s a photo of a pretty common example!

Something simple offers an opportunity to experiment, and so I have.

I went to the Dutch Market in Cockeysville on my way home from work on Friday and picked up a wedge of Guinness porter cheese. I also picked up a block of Monterey Jack in case I needed more cheese; it’s bland and inoffensive and would make a good mix.

Instead of mayonnaise, I wanted something healthier. Non-fat yogurt! You can substitute one for the other.

And rather than dice my onions, I bought frozen diced onions. It’s simpler and works just as well.

I began by shredding my cheese. 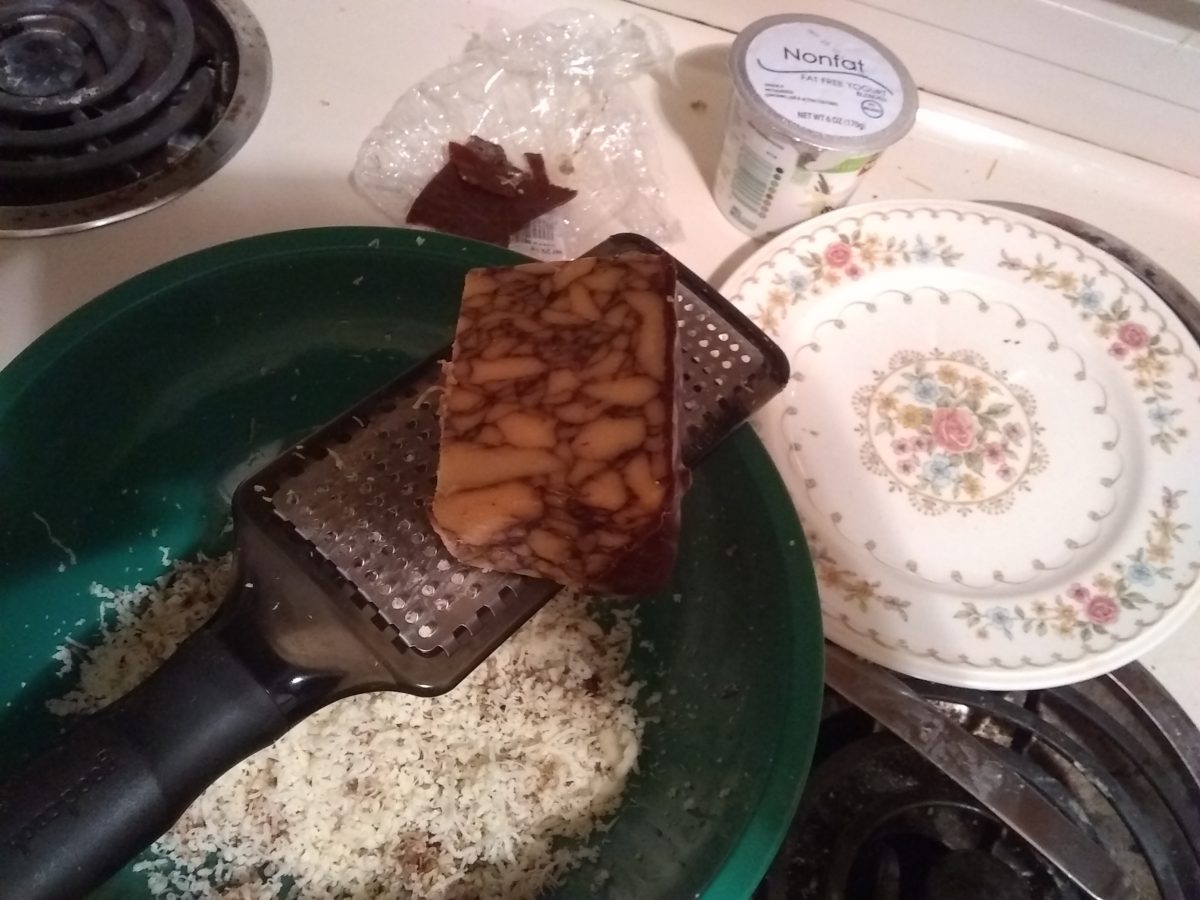 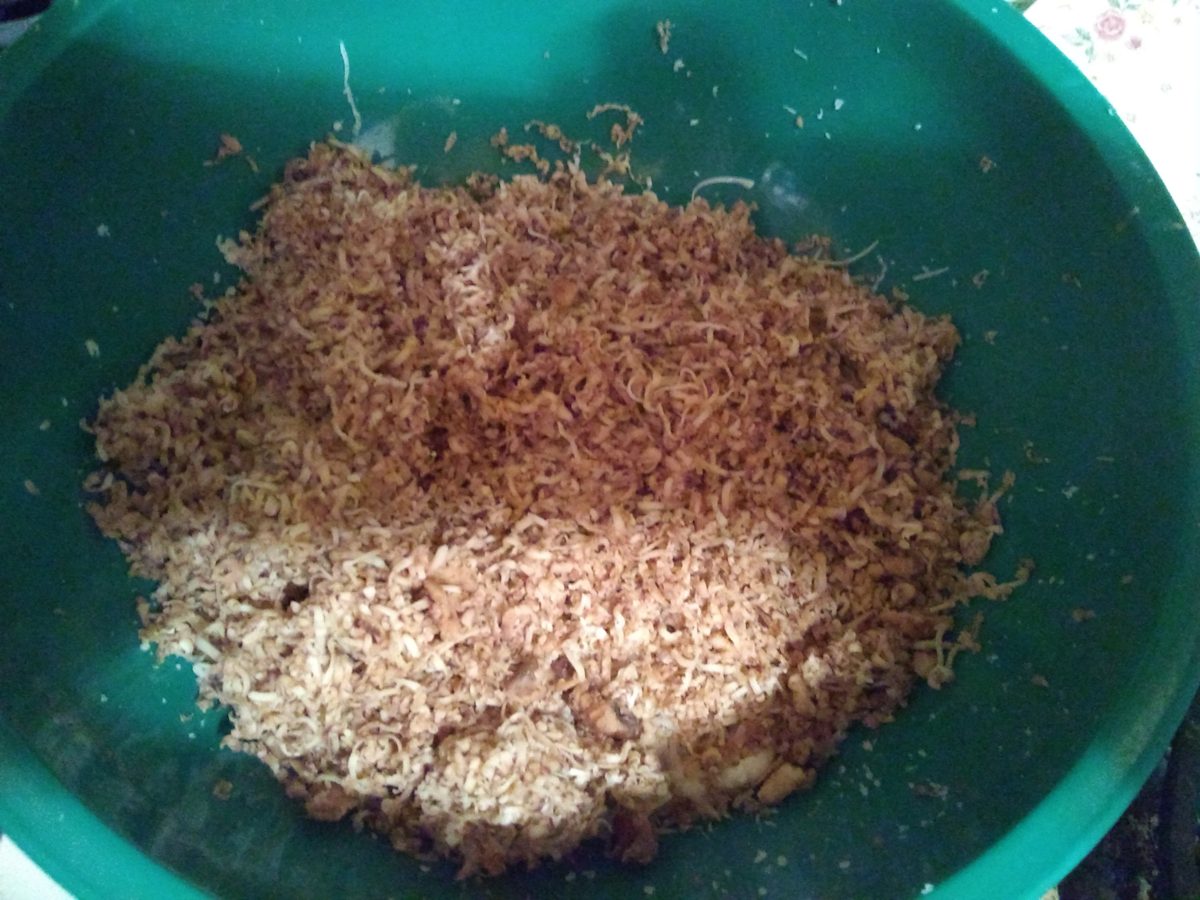 The cheese shredded and my arm tired, I dumped a bunch of frozen diced onions into the bowl. How many? I don’t know. Two cups-ish, maybe? “That looks like a good amount of onions” was, literally, my justification. 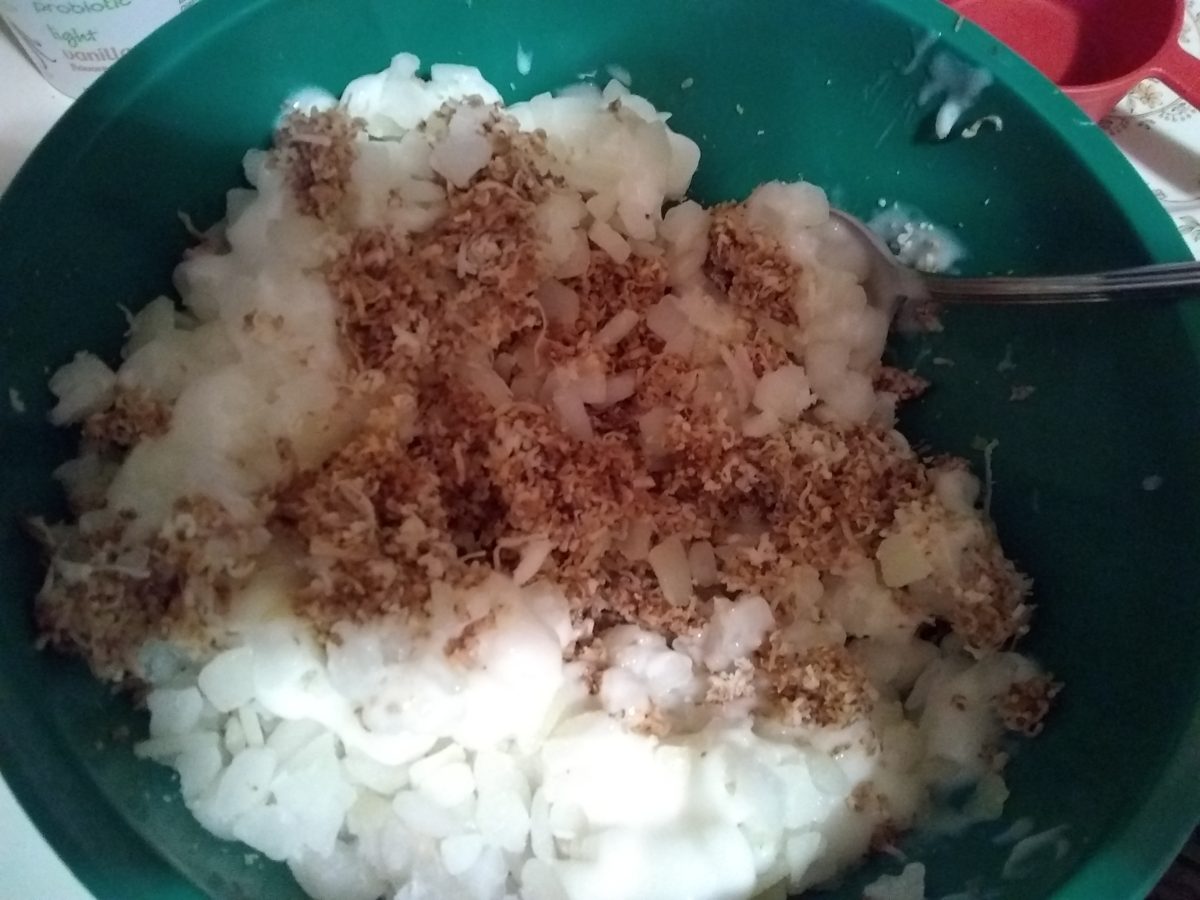 Then I dumped in the non-fat yogurt (vanilla flavored), about two-thirds of the serving, and then began to stir. And stir. And stir some more. 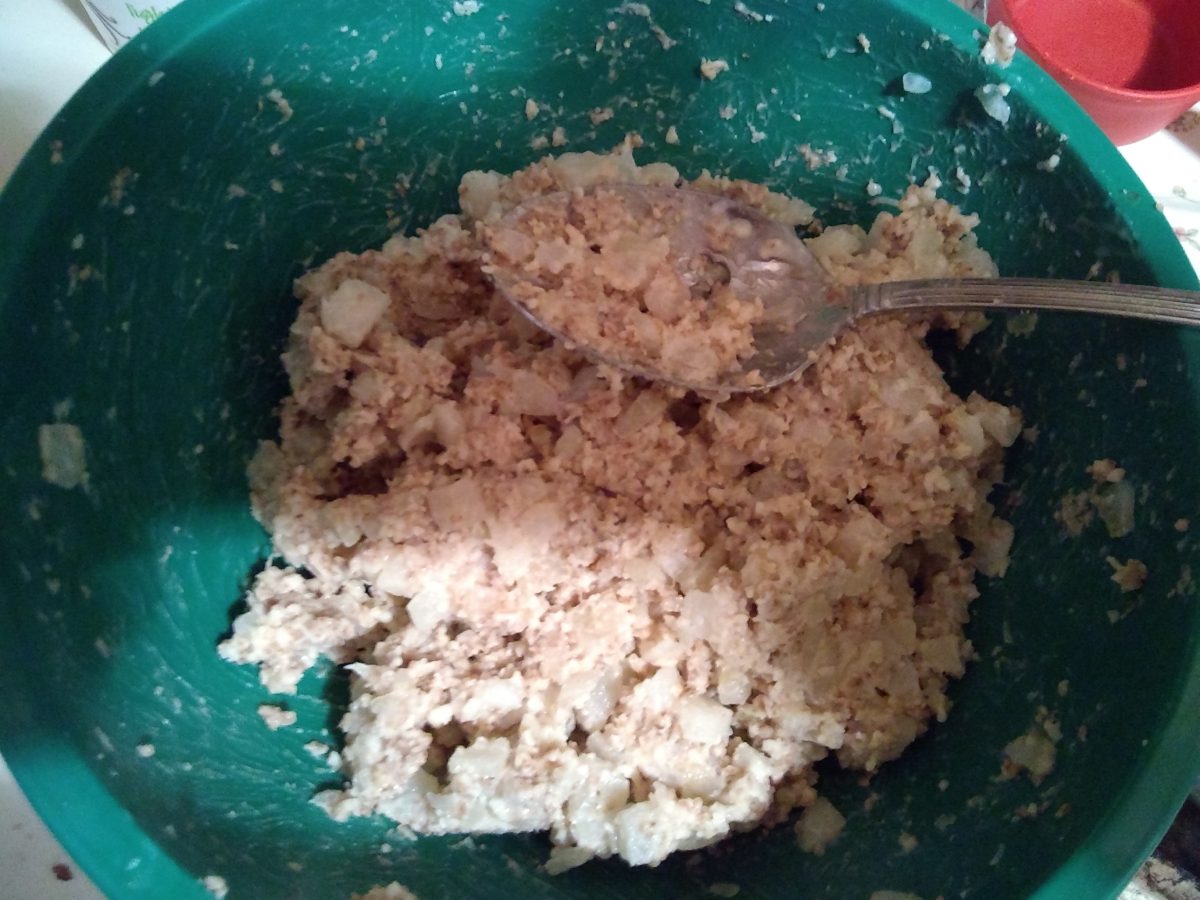 I think I stirred for about ten minutes. It seemed like ten minutes, anyway. And once I was satisfied, I spooned the mixture into a Rubbermaid container. 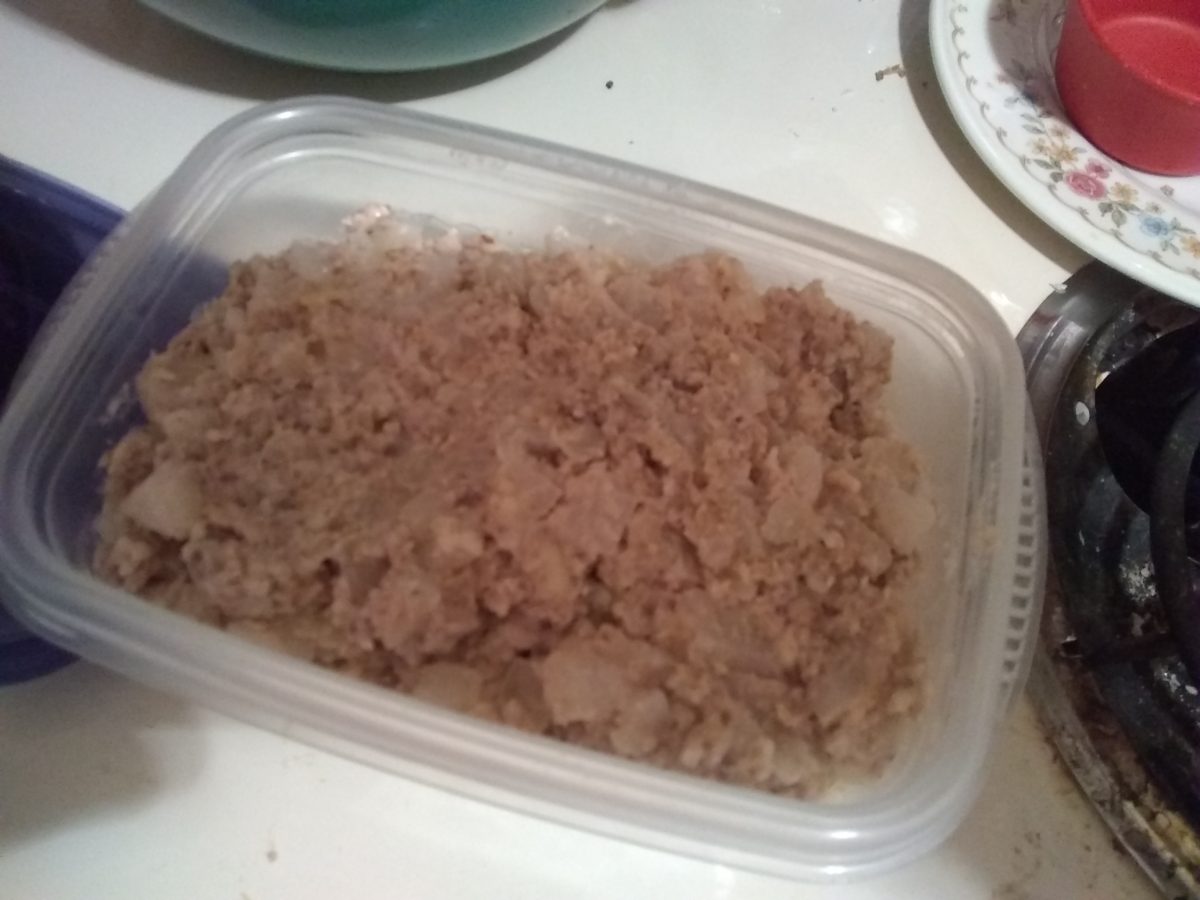 A “cheese and onions” mixture is essentially the same thing as a pimento cheese spread; the only difference is one has onions and the other has pimentos. And while I like pimento cheese by itself, I felt that, when it came time to eat a Guinness cheese and onions sandwich, it was going to see something more. It needed a meat.

But which one? Ham? No. I didn’t think that would work. Roast beef? I could see that going well with the Guinness.

Turkey! That would be awesome.

To the grocery store I went for sliced turkey. 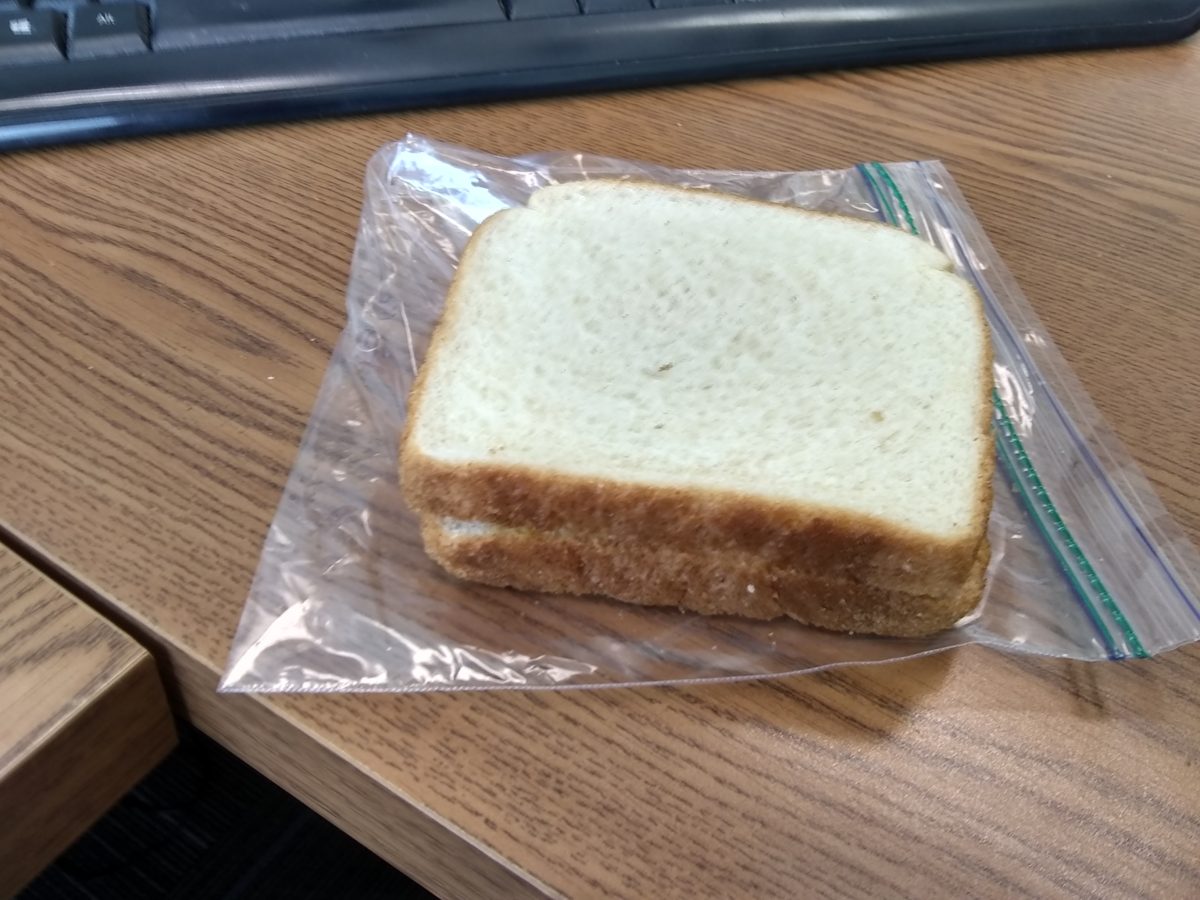 The result is a nice, pleasant little sandwich. I’m sure, by the time I’ve finished off the container of cheese and onions spread I made on Sunday, that I’ll be tired of cheese and onion sandwiches and I’ll be ready to go back to peanut butter and banana. But for right now, it’s pleasant. The turkey and the Guinness cheese go together well, the vanilla yogurt gives it a nice, tangy finish. It’s a nice blend of flavors. 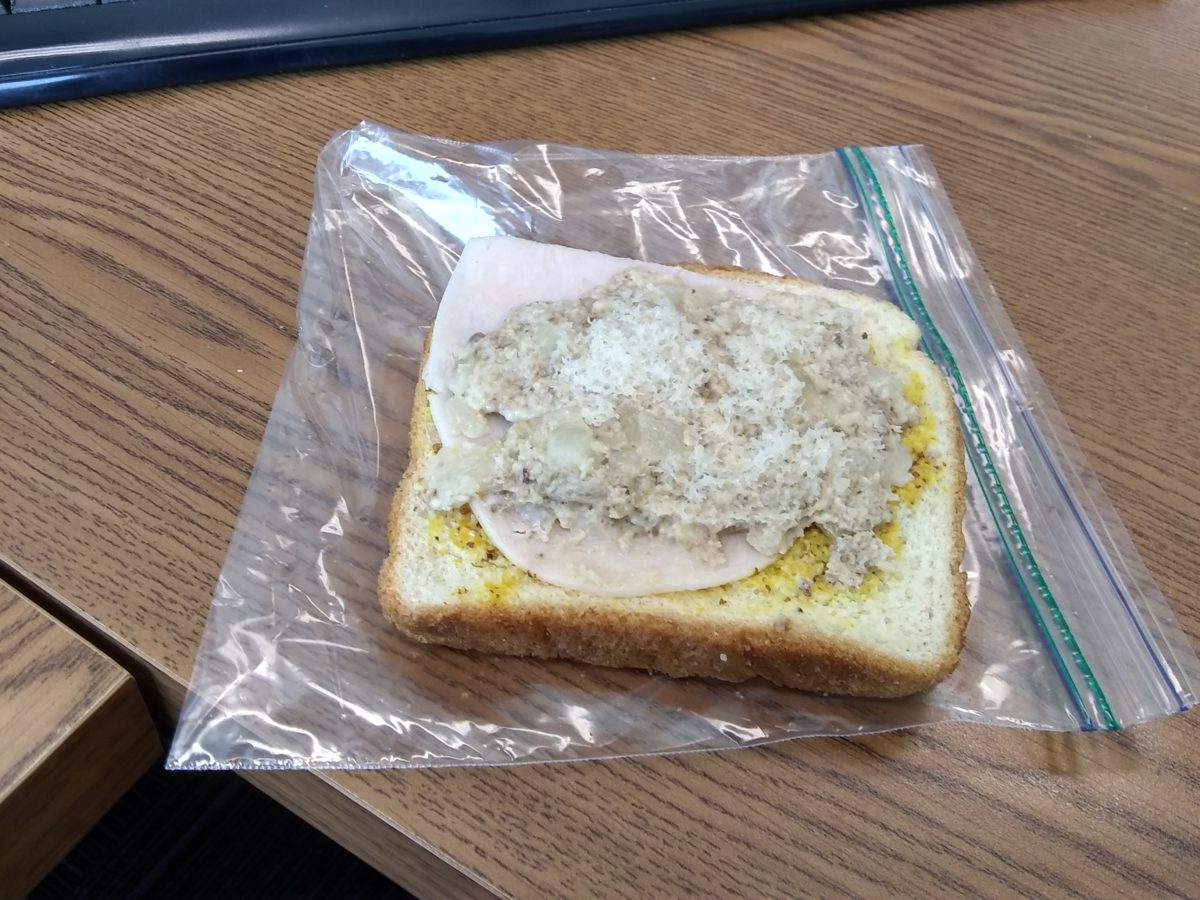 Maybe it’s not the way it’s supposed to be done, but for my needs it works. 🙂