Driving home, north on 74, the moon was over my shoulder. It was eerie through the light clouds, and just to the east, shining brightly, was Jupiter.

Astronomical pictures from a smartphone often fail. More luck than skill that anything turned out at all. 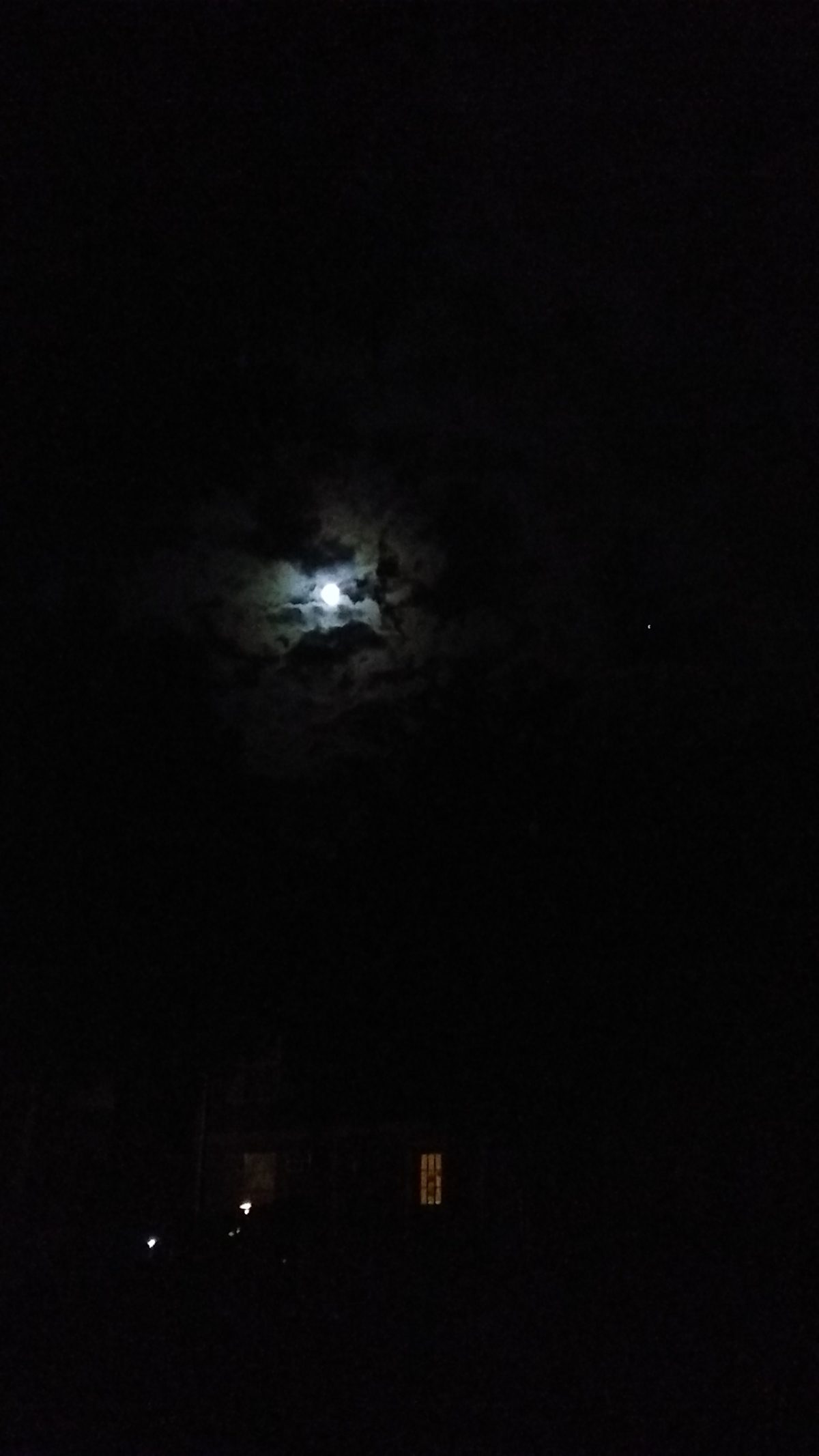