While I’m excited that Facebook has taken an interest in astronomy today, I’m also a bit irked by its announcement about seeing Mars with the naked eye.

First, Facebook doesn’t explain why it made this announcement. Mars is at opposition tonight; it will be at its closest to Earth.

Second, when Mars is in the nighttime sky, you will always see it with your naked eye. About six months out of the year, Mars is in the daytime sky (these are the months when it’s roughly on the opposite side of the Sun from our vantage point here on Earth), and you really will need a telescope to find it in the sky. But the other six months of the year, when Earth and Mars are roughly on the same side of the sun and Mars is in our night skies, it’s a bright red object in the sky that is easily seen without binoculars and a telescope.

Note: the same holds true for Mercury and Venus, though they’re harder to spot (especially Mercury) because they’re usually closer to the sun. And Jupiter and Saturn as well. Jupiter recently has been very prominent in the night sky. These are all naked eye objects. It’s not at all uncommon for me to go outside and look for the planets in the night sky. Sometimes I need to use Google Sky Map on my phone to help me find them and confirm my observation. Sometimes I don’t. The planets are there, and they can be found easily.

Third, Mars will not, in any way, shape, or form, appear in the night sky as large as it does in Facebook’s graphic. I know it’s artistic license, but just a few weeks ago people were sharing images of Saturn dominating Earth’s sky. Saturn will never look like that from our vantage point, and if we ever saw Saturn dominating our sky Earth’s lifespan would be numbered in hours as Saturn’s gravity tore the planet apart and formed a new ring system. 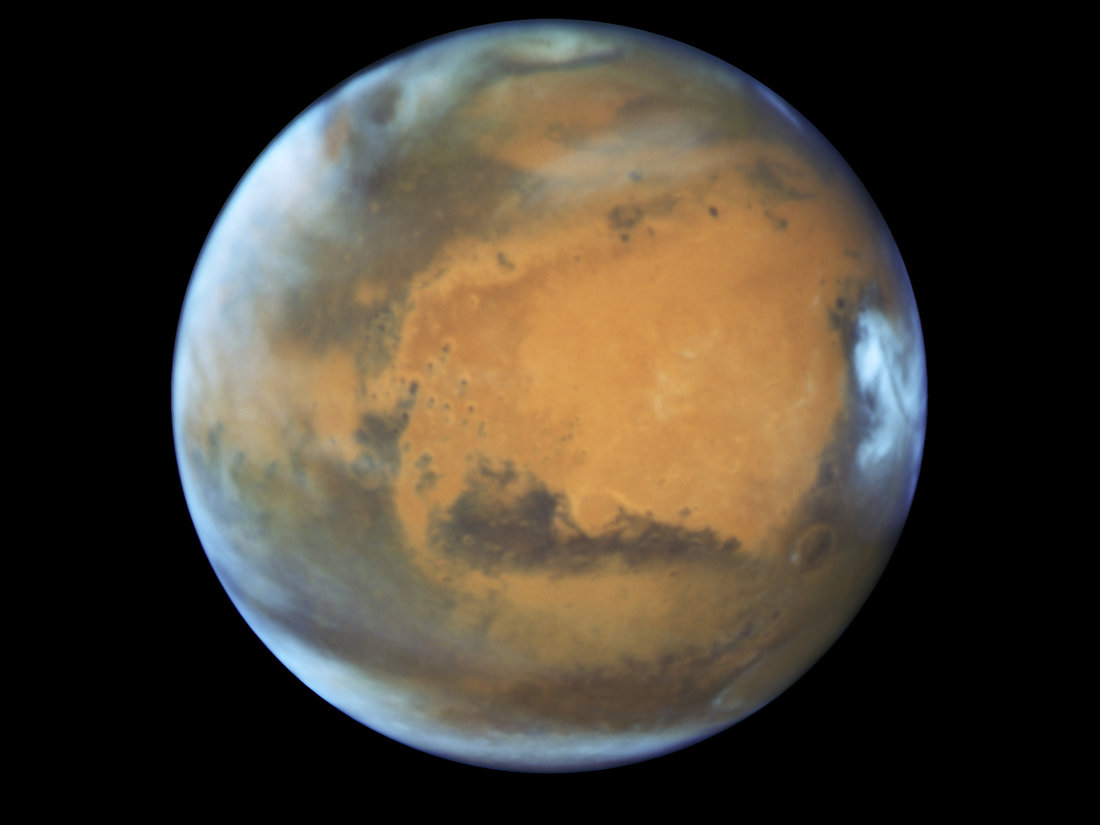 By all means, go outside tonight, assuming there are no clouds, and look for Mars in the night sky. Dream of Barsoom and floating cities and Tharks. Dream of war machines and ancient intelligences and their deadly cry, “Ulla!” Dream of the mighty civilization of the Ice Warriors. Dream of the colonized Mars in the works of Ray Bradbury and Philip K. Dick and Kim Stanley Robinson. Dream of Starfleet’s mighty Utopia Planitia shipyards.

But also remember that you can go outside and see Mars pretty much any night you want, six months out of the year. You can point to a orange light in the sky, without need for binoculars or a telescope, and say, “That’s a place. It’s not just a dot of light in the sky. It has mountains and valleys. It has storms and clouds. It’s a world.”