I had pencilled this game on my schedule long ago, after my second trip to see the Senators play on Bryce Harper Bobblehead Night. Then, before I could buy tickets to the game (as I was hoping to get some friends in the Harrisburg area to attend), I won tickets to a game of my choice through Twitter, and this was the game I chose.

This was my fifth Senators game of the season. After Bryce Harper Bobblehead Night (June 11th), I was there to see the Senators play the New Hampshire Fisher Cats (Blue Jays) on June 21st, and then against the Bowie BaySox on July 4th. The June 21st game was on a whim; the office closed early in the afternoon that day and, with nothing better to do, I decided going to a baseball game would be a good thing. The July 4th game was planned; I’d wanted to go down to DC (take in a game, then do to concert and fireworks on the Capitol lawn as I did back in 2011), but then there was the nonsense about the guy who wanted to march into DC with an army of gun owners, and I decided that something closer to home, with fireworks, would be a safer thing.

Traffic up from York Monday afternoon was better than I’d expected. I’d hoped to reach City Island by 5:20, and even with a stop at the bank along the way, traffic was so light on 83 that I ended up arriving at the stadium before five o’clock. Yes, I wanted to be there early — I needed to pick up my free ticket at the box office, and I wanted to be sure of being one of the first 1,000 attendees to get the bobblehead — but I didn’t plan on being there that early. Even so, there was a small crowd already lining up, but rather than wait in line I decided to walk across the Walnut Street Bridge.

There are, as I understand it, two bridges onto City Island. One is for traffic, that’s the Market Street Bridge. There’s also a pedestrian bridge that connects the stadium to Harrisburg on the East Shore, and that’s the Walnut Street bridge. I had the time, so I walked across the bridge, reached the shore, then walked back. While there’s a narrow sidewalk of concrete on the bridge, most of the bridge’s width is simply a metallic grille, and if you looked down you could watch the muddy Susquehanna flow thirty feet below you.

I didn’t really need to worry about arriving early. Even by the time the gates opened at six o’clock, there were no more than about five hundred people waiting to get into the park. While waiting in line I had an interesting conversation with the people around me in line. One group of three had been to a Pirates game the day before at PNC Park. Another person was interested to learn that I lived in York, and he wanted to know what I thought of the York Revolution, Atlantic League baseball, and how it compared to AA ball. Then we got to talking about bobbleheads and stadium giveaways. It was fun, talking baseball and being a baseball fan with total strangers. Eventually, the line began to move, I got my bobblehead, and it was down to waiting for the game.

I did make one purchase this time. I had promised my sister that I would buy my niece a children’s book the team store sells about Rascal, the team’s mascot. Here’s the backstory. When I went to see the Senators the first time, I bought my four year-old niece a plush Rascal. I’d picked her up a plush Downtown at a York Revs game, and I bought her a plush Teddy at Nationals Park in May. I sent the plush Rascal to my niece in North Carolina, and when she received it she loved it, taking it with her wherever she goes and calling it “Batty.” My sister told me this, and I said that if she loved Batty/Rascal that much, I’d pick her up the book about Rascal the next time I went to Metro Bank Park. I would up telling the story to the staff of the team store, and the three women working that evening collectively went, “Awww.”

One notable thing about this visit — as I walked through the gates, I heard an alt-rock song about the Harrisburg Senators! Not only that, but there were mentions of Bryce Harper and Stephen Strasburg! Also name-checked, Vladimir Guerrero and Milton Bradley. 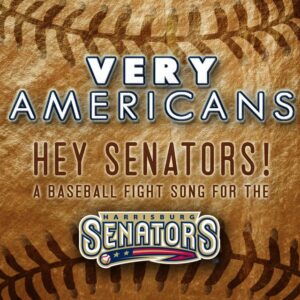 The song is “Hey Senators!” by local Harrisburg band Very Americans. Lyrics included things like “Hey Senators, you make us proud!” and “Stephen Strasburg, he’s still our guy!” When I got home I bought the song on iTunes.

It’s not Steve Goodman’s “Go Cubs Go.” It’s not even Eddie Vedder’s “All The Way” (another Cubs song that I adore). But “Hey Senators!” was catchy and it was cool. It made me yearn again for an inspiring song to unite Nationals fandom. It’ll happen.

As for the game itself, it was thrilling. Aaron Barrett pitched an Immaculate Inning (and nearly cleared the benches for a brawl because of it), and Jimmy Van Ostrand smacked a walk-off home run in the tenth. The crowd was easily the smallest of my five visits to Harrisburg, barely 3,000 fans.

This will probably be my last Senators game for a month. Though I would love to go to August 4th’s game (Drew Storen Bobblehead Night), I have other plans that weekend, namely being a guest at a science-fiction convention. Then I run into publishing deadlines at the office. So it may be the return of Cowboy Monkey Rodeo on August 22nd — which I’m told is so insane that it must be witnessed at least once — that will also be my return to Metro Bank Park.

Speaking of which, one final shot of Metro Bank Park, taken after the game from across the Walnut Street Bridge: 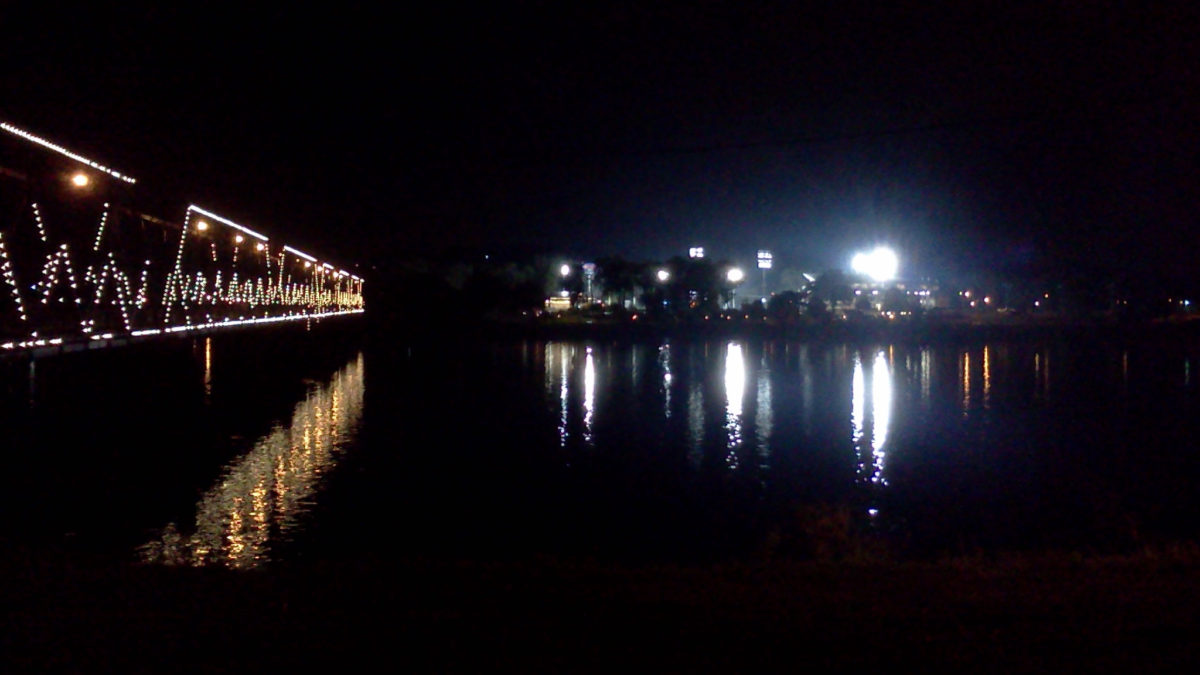 Hey Senators, you make us proud!