Sometimes I get to write fun stuff. 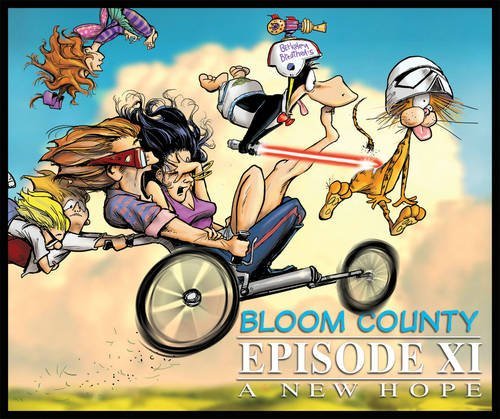 Recently a colleague at Diamond talked to me about the possibility of interviewing Berkeley Breathed by email about Bloom County and IDW Publishing’s forthcoming collection of the new comic strips, Bloom County Episode XI: A New Hope. I checked with her yesterday, and the interview was still up in the air. Then, a few hours later, she wrote back to say that Breathed was willing to be interviewed, and could I write up some questions?

I’d been brainstorming ideas. I’ve been a Bloom County fan since way back when, Breathed’s work has been an influence on my life for a long time, and there were things I wanted to ask Breathed about. As I worked through the day on text for the catalog, I’d jot down an idea or two for the interview when they crossed my mind.

This morning I ran through the list and wrote up the questions. I cover topics from how Breathed works behind-the-scenes and the four-panel form to Harper Lee and Donald Trump, from nuclear disarmament to two spaces after the period, from Prince to snorting dandelions, from newspaper syndicates to corporate ownership of culture, from how pop and political culture have changed since the 1980s to how it’s stayed the same. They’re the kind of questions Terry Gross would ask on Fresh Air or Alec Baldwin would ask on Here’s the Thing. 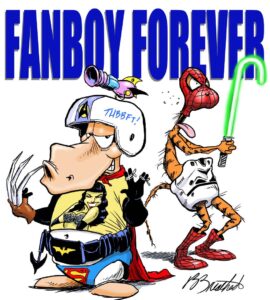 Obviously, though I’m a fan of Bloom County, my questions are thoughtful and respectful, not sycophantic.

I’m not sure where this interview will go, if it will go in the catalog or in one of our other publications or on our websites. As I wrote to my colleague when I sent the questions to her, I’ve no doubt we’ll make it fit and run the important bits wherever it goes.

The questions were fun to write, and I look forward to reading Breathed’s responses.