On Christmas Eve I went to a church service.

No, I’m not abandoning my atheism, nor am I plagued by doubts. The reasons are far more interesting than that. 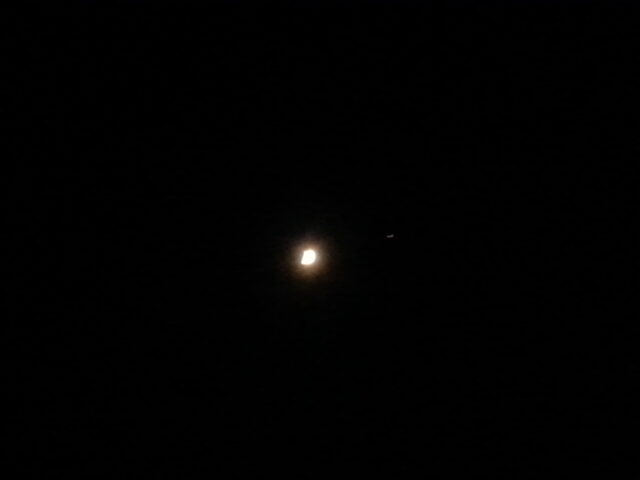 Last weekend I ran into one of my neighbors in my apartment complex’s laundry facility; she was taking her laundry out, I was taking mine in. She and her husband live in the building across from mine. Two winters ago, I helped them dig their cars out after a particularly…

In June, I wrote about the walking route I take through Dallastown and how, when I passed a church on Main Street, I noted with approval that they had a sign out front wishing Muslims “a blessed Ramadan.” I thought that was a wonderful message of tolerance and welcome and one very necessary in these times of xenophobia and nationalism. It was something to celebrate.

Not everyone in the community saw things that way. One school board member took offense to the sign, he railed against it on social media, he left an angry phone message with the church, and the church found itself under siege by an angry community.

I wrote the church a letter of support, and I decided that I would attend a service there to show support for their message of inclusiveness.

And then, because I’m a lazy jerk who enjoyed his Sunday mornings of NPR and coffee and the occasional baseball game, I didn’t follow through with my promise to myself to attend.

In the middle of the week, the promise still lingering, “What about a Christmas service?” I thought. I wasn’t traveling this year to see family due to my work schedule, I had no plans for the weekend, so the moment seemed opportune.

And so it was that I went to St. Paul’s United Church of Christ for their Christmas Eve service.

I put on a shirt and tie (a Winnie-the-Pooh Christmas tie), threw on a Doctor Who scarf, gathered up some Thor graphic novels to leave in the Little Free Library, and off I went.

Even then, I almost didn’t. “This will be strange,” I thought. Then I saw an elderly couple, probably in their seventies, walking to the door, and I said, “Here, let me get the door for you!” Then I was in the door.

People I didn’t know shook my hands and wished me a merry Christmas. I was so overwhelmed that I was near speechless, uttering things like, “Yes! Yes! Merry Christmas! Thank you! Yes!” Then I had no idea where the sanctuary was, and its location, or rather its orientation, surprised me.

I’ve walked past the church hundreds of times, and it’s obvious where St. Paul’s sanctuary is. But I assumed, for no particular reason, that the pulpit was at the north end of the building. Instead, it’s at the south end, beneath a circular stained glass window.

The sanctuary was lovely, all decorated for Christmas. I liked the architecture of it, too, with curved support beams. Naturally, I took a picture and hoped no one noticed or was offended.

People saw an unfamiliar face and they introduced themselves before the service, including the minister. I wasn’t evasive, exactly, but when I was asked what brought me, I left it at, “I felt like coming,” which was true enough. On the visitor card that I filled out, I wrote out the full reason with the backstory about the sign about Ramadan. But in the moment? These very nice people saw me as a stranger among them who wanted to share in their Christmas service, and that sufficed.

The service was fine. A few hymns were sung, the New Testament was read, a sermon about what “son of David” as applied to Jesus means. (I took a few notes in my notebook, but it dealt with Jesus’ genealogy, which I’m not intimately familiar with, so the theological and political aspect of the words “son of David” didn’t connect with me.) And Communion was served.

I was not sure how to handle Communion. For a few moments I hoped that the UCC was like the Catholics or the Lutherans, where one has to be a member to take Communion, but they seem to be like the Methodists where they allow anyone to take it. Ultimately, when the usher brought the bread and the grape juice, I took both. Even though neither the bread nor the juice held any meaning for me — I’m something of a mythicist on the question of Jesus — I understood what they represented and the meaning they held to this community.

The enduring image I’ll carry of the Communion service is of a little girl and a little boy, asked to help at the Communion table, the little girl holding a loaf of bread over her head, the little boy holding a chalice above his, as the minister explained the history and the symbolism of the Communion rite. It was a reverant moment, and my inner historian was struck by how medieval, even ancient, that image of the minister and his impromptu acolytes was. Even an outsider such as myself was aware of the profound and sacred mysticism of the moment.

Afterwards, candles were lit, and “Silent Night” was sung. And then the service was over.

A few more people introduced themselves — Annette, Ron. Before I left I studied the stained glass windows. Sacred architecture fascinates me, and I was intigued by some of the panels. One depicted swords being beaten into plowshares, for instance.

I was glad I went. Not for any spiritual or theological reasons. It was simply a nice expression of humanity. The service was lovely, the people were very nice, and given that I would spend the holiday this year without family and friends being around others was a pleasant experience.

I stopped at Turkey Hill on my way home and bought a half-gallon of egg nog, then took pictures of Christmas decorations in Dallastown.

To my surprise and puzzlement, a house near my apartment that had been decorated with what appeared to be sheets of green lights was no longer decorated. On Christmas Eve, the outdoor decorations were already down.

WRTI broadcast a program on the 1914 Christmas Truce with Walter Cronkite and the Mormon Tabernacle Choir. I’d never heard it before, and it was quite moving. The story of the Christmas Truce, to me, speaks to our common humanity and our capacity for hope and compassion even in our darkest moments.

After dinner, I resumed an old Christmas tradition, one I’d skipped for the past two years because of travel — Santa Claus Conquers the Martians. It’s a silly, often stupid film, but it has its charms. Mind you, I don’t know what those charms are. I just enjoy watching it.

Then, for the first time since its original broadcast in 1991, I watched A Wish For Wings That Work. My love for Opus and Bill the Cat and Bloom County runs deep. The animated special, which I’ve had on DVD for an age and never watched, was cute but insubstantial, and I can understand why Berkeley Breathed considered this a failure. It’s only intermittently amusing, the message (be grateful for what you have and cherish that) isn’t particularly Christmasssy, and it’s not especially imaginative (which misses the point of Breathed’s work). I had completely forgotten that Robin Williams was in this, and Dustin Hoffman, too. Which, I think, is a testament to the love people had for Bloom County even then.

Christmas Day has been less thrilling. Oh, I melted my pancake griddle on my stove and set off my smoke detector while fixing breakfast, but that could happen to anyone.

I had no presents to unwrap. I talked to family on the phone, and I listened to Christmas music, both on the radio and on CD. I went for a walk. In general, I treated the day as a day of relaxation, and all was well.