Of Kites and Clouds

I slept in this morning. I needed it. After the Mid-Maryland Celtic Festival and a Frederick Keys baseball game, I was wiped out.

The weather front — and the winds — that had plagued the festival and the ballgame continued into Sunday afternoon, so after lunch I took my kite and walked over to Yoe Park, about a half mile from my apartment.

It was clearly the right day for it.

I spent a surprisingly long period of time flying the kite, almost an hour and a half.

The winds were strong, often too strong, and the kite spent more time aloft than not. But when it crashed, it usually crashed spectacularly, thanks to those strong winds.

The park had a swing-set, so naturally I availed myself of it, whistling a Winnie-the-Pooh song the whole time.

Once I was done, I sat on a bench in the park and read some on my Kindle.

Then I saw a dragon sleeping in the sky amongst the clouds.

After dinner, I went to the grocery store — I needed things like bread and peanut butter and milk. You know, necessities. And I saw an incredible storm cloud approaching my apartment.

When I arrived home, this was the sight that greeted me: 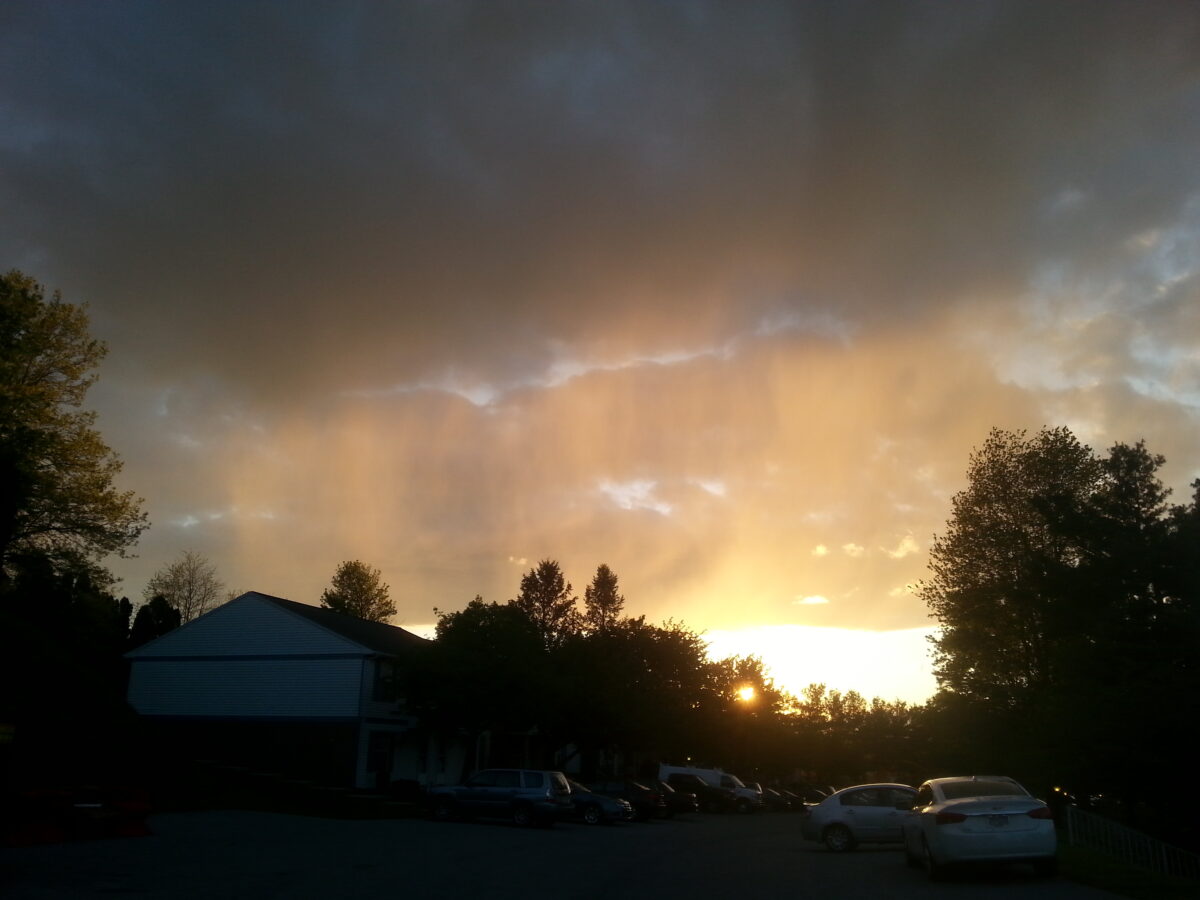 Hundreds of feet above and backlit by the setting sun, sheets of rain were falling. The rain descended like tendrils, and the tendrils shifted and shimmied as they fell.

The sight was both beautiful and eerie.