Grand Designs, the Star Trek: Corps of Engineers compilation containing my novella Ring Around the Sky, will be published by Pocket Books in July of 2007. The cover for it was unveiled today: 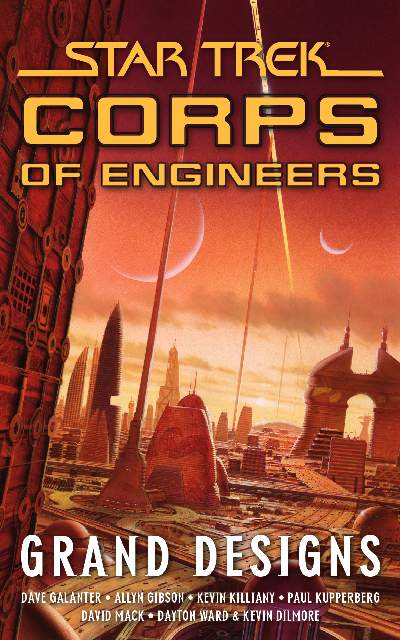 The cover image is of the world Kharzh’ulla IV, seen in my story, as rendered by artist Chris Moore. Kharzh’ulla boasts of an orbital ring connected to the surface by space elevators built by an ancient race. In the 24th-century, the Ring faces collapse and the crew of the USS da Vinci is called in to consult and, perhaps, repair the Ring.

The stories in Grand Designs are:

This isn’t the first time Kharzh’ulla has been depicted. Michael Collins’ cover of the 2004 eBook publication of Ring Around the Sky was simply breathtaking: 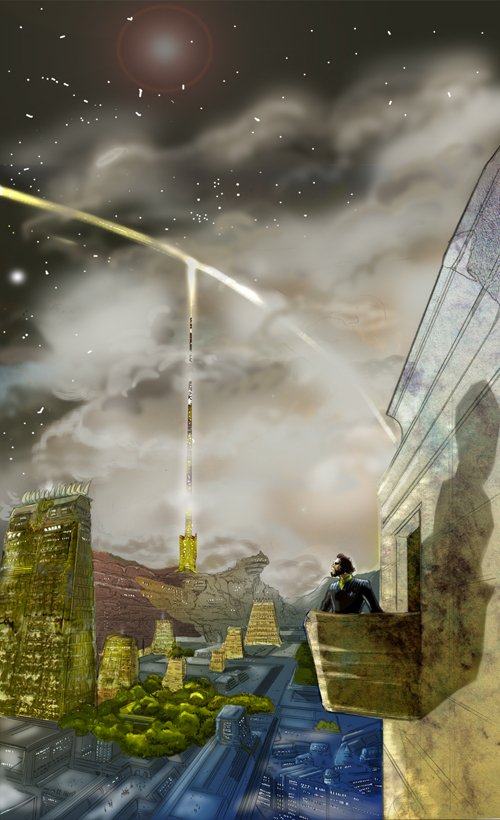 I’ve felt incredibly blessed to have artwork as sensational as these two pieces representing my story. Blessed. 🙂

For those who haven’t read Ring Around the Sky, perhaps because of the eBook format, come July you’ll have your chance. The super-spiffy cover by Chris Moore should certainly be enticing enough. 😀

6 thoughts on “On Grand Designs”