It occurs to me that I’ve written nothing here about my recent vacation.

Every summer I attend Shore Leave, a science-fiction convention held a little north of Baltimore, in Hunt Valley, Maryland. There’s a sort-of-matching winter convention, held in the same location, called Farpoint, and though I’ve attended Shore Leave regularly the last few years I’ve never been to Farpoint. But this year Farpoint was having Harve Bennett, the producer on the Star Trek films in the 1980s, as their main guest, and like many, many other Star Trek fans I would say that were it not for Bennett’s films I would not be a Star Trek fan today. And so, I decided that I wanted to attend Farpoint, and I sent in my registration.

One of the major questions was how I would schedule my time off around Farpoint. Beginning this year I receive four weeks of vacation, and it was a natural to use one of those weeks for the convention–February is the earliest we can take vacation, and I have to use the time sometime. The only question for me was, would I schedule the vacation for the week prior to the convention (in other words, end the week’s vacation with Farpoint) or the week after (in other words, begin the week’s vacation with Farpoint). For Shore Leave I’ve traditionally done the latter, but my supervisor has been a little cranky in the past when I’ve done that (it works out to taking ten straight days off), so the former seemed best for Farpoint (which worked out to eight straight days off). Once I’d reasoned this out, I submitted my vacation request. The question at that point was, What would I do with my time prior to Farpoint.

The reality is, I had no idea. None. I toyed with a few ideas, but made no firm plans. Then as January wore on, an idea presented itself and wouldn’t dislodge from my mind.

I’d grown up there, moved away in 1991, and hadn’t gone back, not even to visit. Fifteen years is a span of time, and while I’d thought a time or three over the past fifteen years about going for a visit I simply hadn’t–no family there, no one I was really itching to visit. What put me in mind of visiting was the recent mine disaster–hearing the name of my old hometown said properly on NPR provoked a sense of nostalgia I hadn’t at all counted upon. I was curious, how had West Virginia changed? I wanted to see, for myself.

And then, when right before my week of vacation began it snowed in points north, that sealed the deal. I wanted to see snow. I miss snow, and we’ve had none here in Raleigh this winter.

So I packed my bags, collected several CDs for the ride, and away I went.

To say the trip was completely unplanned isn’t quite right. Spontaneous, yes. Vague, yes. Unplanned? Not quite. Oh, I had no firm idea of the route I’d take from Raleigh to West Virginia, no firm idea of where I’d stay or what I’d do, and that lack of detail no doubt I’d find worrisome at other times. But not this time. I had no place I needed to be until Friday for the convention. I had the freedom to wander.

A couple of things about the trip into West Virginia stand out. First was seeing the snow on the mountains as I drove west on Interstate 64. Second was the mountains themselves–to quote Bilbo Baggins, “I want to see mountains, Gandalf. Mountains.” Bilbo was quite the wise Hobbit when he wasn’t under the Ring’s sway. Third was how poor the little towns on the back roads I drove through appeared, how run-down they were. Fourth was how utterly depopulated some parts of the state were.

I felt completely conspicuous driving a blue Beetle through the backwoods of West Virginia. In Raleigh one sees Beetles damned near everywhere, but in West Virginia I may have seen all of three.

The one bothersome thing was that as I went west from Lexington, Virginia, I lost my cell phone service. No GSM service in those rural parts. What’s the point of having a mobile if it’s no use?

These were some of the selling points on the blue Beetle–it has differential power to the wheels, it’s built on a rally chassis, and it’s got tip-shifting. I’d never really used the first in my daily commute, I’ve never used the second, and the third is cool but kinda strange and easy to forget about. In the mountains, though, I could try all three. What does West Virginia have? Lots of hair-pin mountain curves. Here’s the fantastic thing about differential power — you don’t need to brake through curves. Instead, you can accelerate. And I did. Differential power, the rally chassis, and I had a fun old time on those back roads. 🙂

Because I was driiving through very rural areas I could drive for miles without seeing another vehicle on the road, without seeing any sign of civilization off in the distance. It’s a strange experience, and not one I’d recommend to everyone. In situations like that, you need a CD player, not a radio. You need to be able to make yourself concentrate when it’s so easy for the mind to wander. I listened to the Bonzo Dog Doo-Dah Band. And Dido. A completely random pairing, I know.

The route. Over I-64 (which I can now say I’ve been on every mile through the state of Virginia) into the mountains of West Virginia, then US-60 to cut across to US-19, and then from there north to Interstate 79, which would take me to the Bridgeport/Clarksburg area. I reached Bridgeport, got myself a hotel room, scrounged up some food, and then watched some television.

When I was seventeen I worked in a comic book store in Bridgeport. It’s not there now, but it was a fun job.

The next morning I drove into Philippi. Back roads, through Flemington, through Galloway, past my old house, past the coal mines and the rail junction.

Philippi is known for two things. It’s the site of the first land battle of the Civil War, often mentioned in the history books as “the Philippi Races” when a Union artillery battery overlooking the town opened fire on a Confederate camp in the town, which prompted them to up and run. It’s also the location of the historic Philippi Covered Bridge. 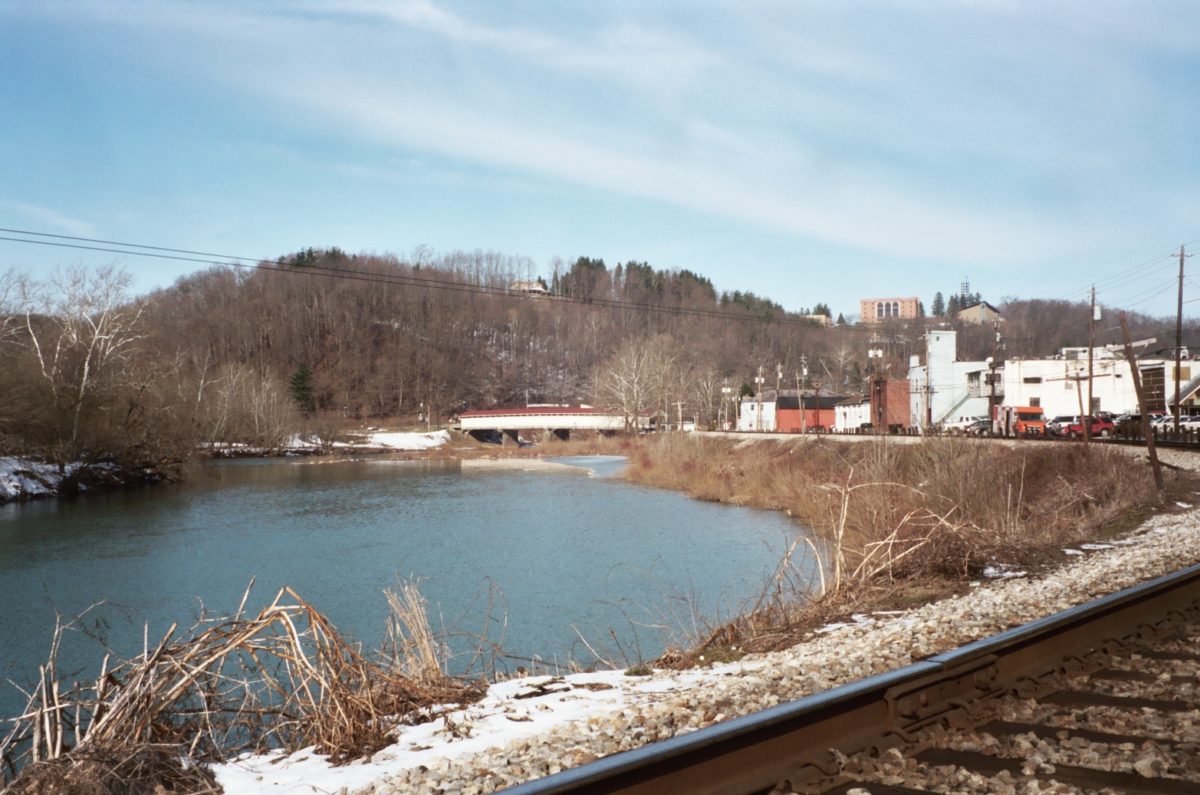 What’s so historic about the Philippi Covered Bridge? Town lore has it that Abraham Lincoln and Jefferson Davis met at the bridge and spoke privately about avoiding an armed conflict after the attack on Fort Sumter. This is utter bunk. Lincoln, being who he was, wouldn’t just let the South go. And really, there were better places for the two leaders to meet than middle-of-nowhere West Virginia. No, what’s historic about the covered bridge is that it’s the last wooden covered bridge in the United States on a major highway.

Also, it burned in a tragic fire when I was a senior in high school. It’s been rebuilt, of course. 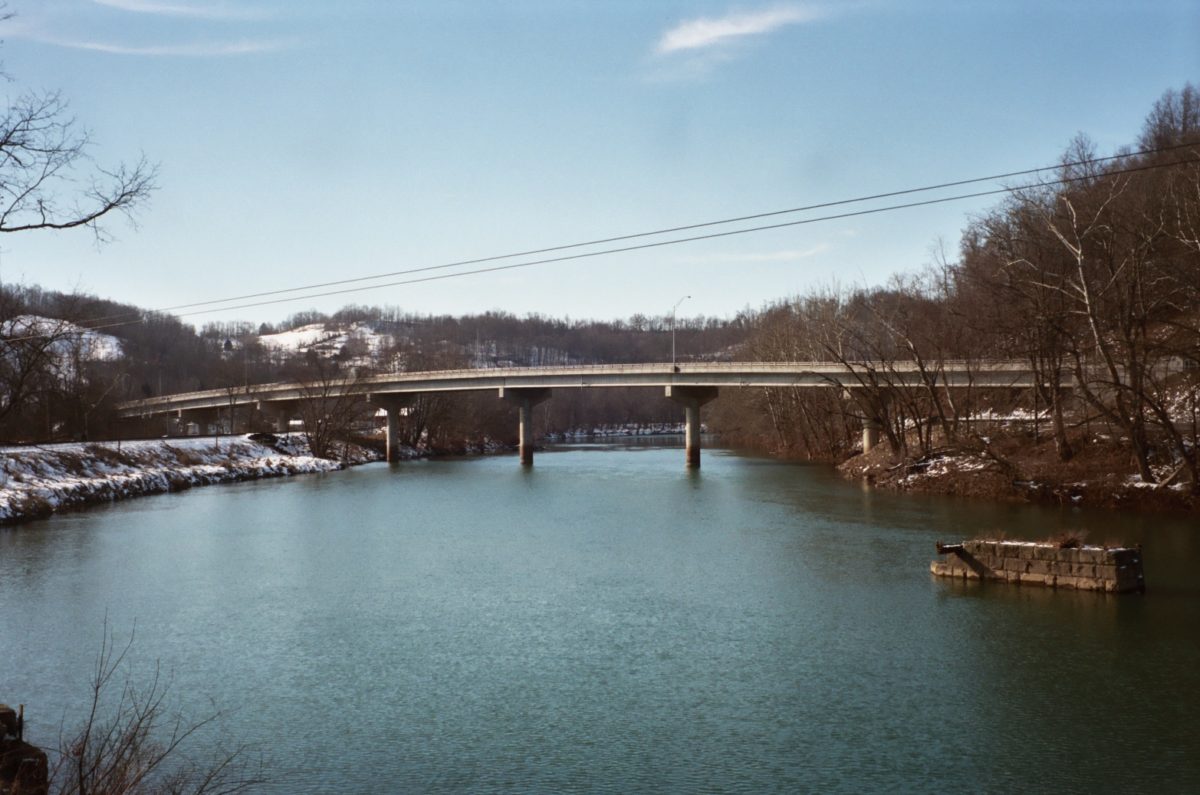 I found myself looking at this bridge, really looking at it, and having absolutely no idea what it was I was looking at. All I really knew is that it didn’t belong there at all. After I’d thought it through, it made sense to have it–the other crossing of the Tygart is out-of-the-way, to put it politely, on a road that isn’t really built for the traffic.

Every small town has a war memorial. Philippi is no different. 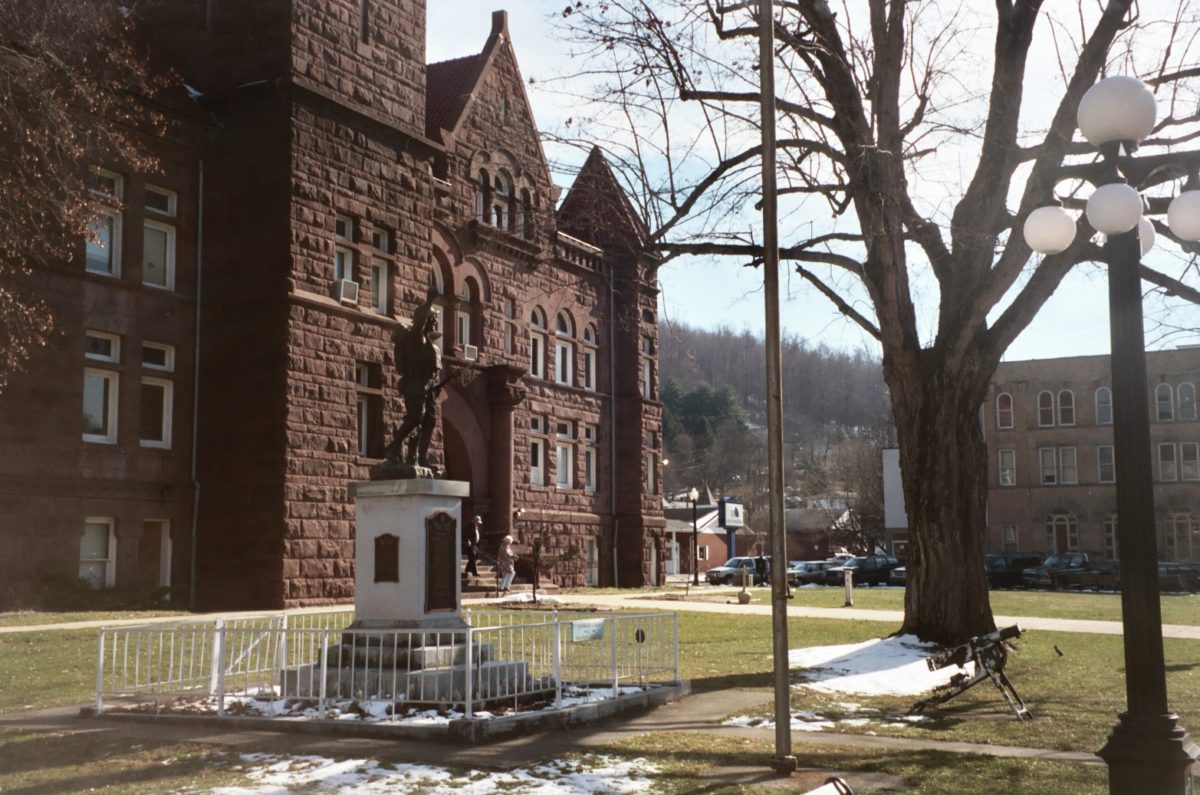 The town’s barber when I was growing up was a World War I veteran. Yes, the Great War. He was a baseball fan, he loved the Pirates, his shop’s walls were decorated with prints of old Forbes Field.

You’ve seen Gross Pointe Blank, no doubt. Recall the scene where John Cusack’s character goes in the convenience store where his house once stood? Driving past my high school and seeing the new school they built after tearing down the Philip Barbour I knew, stopping in and standing in the lobby going, “Where’s the high school? What the frell have you done?” — well, I had a Martin Blank moment there. And in the back of my mind, the thought replayed itself over and over, “So, poor as crap Barbour county tore down a perfectly good school to build a new school twice the size for half the students.” The mind boggles. 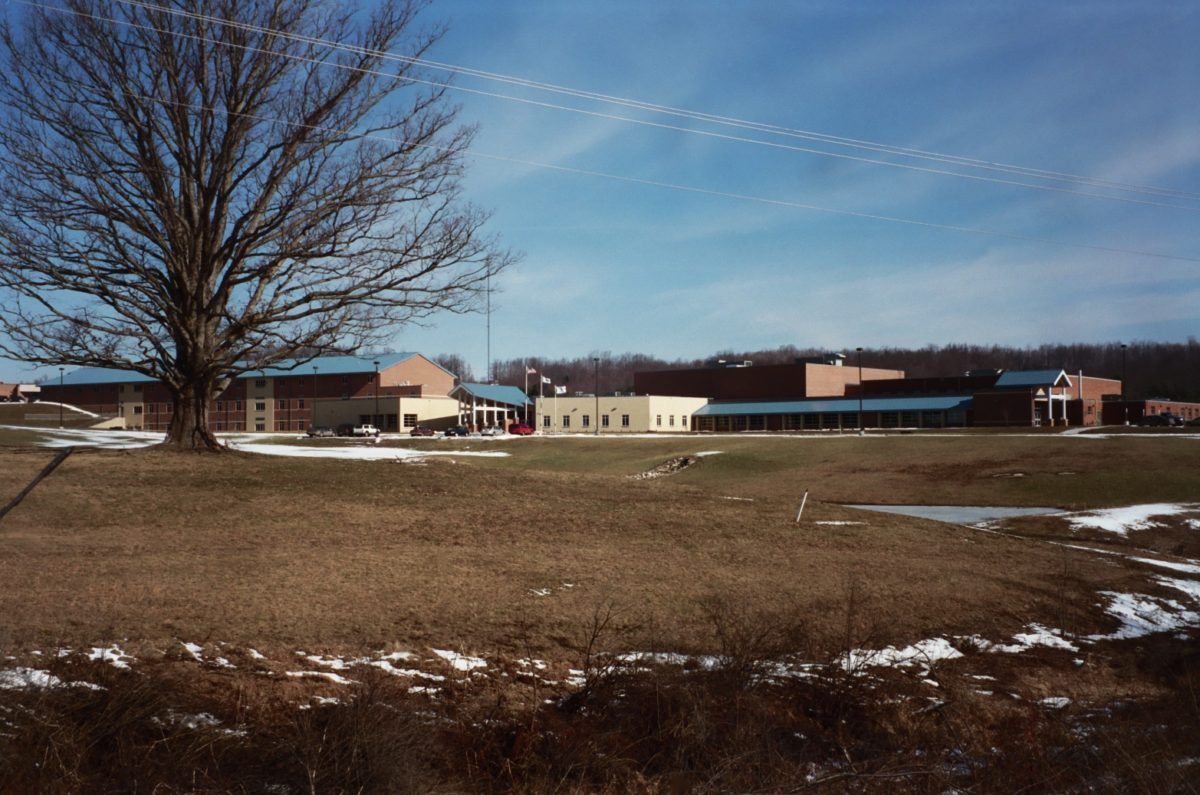 I’ll say this in defense of the new Philip Barbour. It’s a really nice school, all sleek and modern. Not a bad thing, really, just very, very surprising. 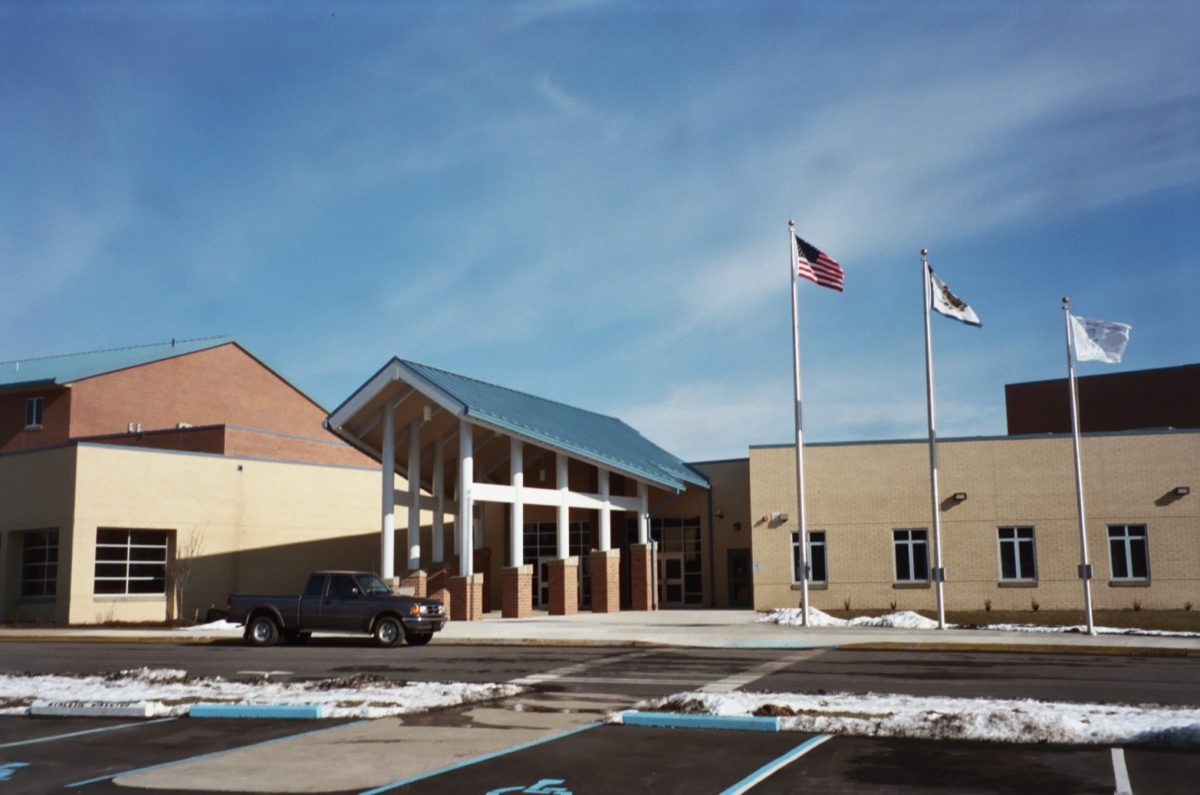 Some things about Philippi surprised me. There’s a McDonald’s, now. A Subway, a KFC. One of the grocery stores was torn down, another built outside town limits. But other things didn’t surprise me. Fifteen years could as easily have been five. The town didn’t really feel all that different. I picked up the local weekly paper, and the reporting wouldn’t have been out-of-place when I lived there.

In some ways leaving West Virginia seemed to take longer than getting there. Back roads to Morgantown, then Interstate 68 east into Maryland. And those roads were long — sparsely travelled, little to nothing to see in the way of civilization. Words cannot convey how empty the roads were, how alone a person can feel on a major highway. The scenery was impressive, I’ll give it that.

It wasn’t until I reached Hagerstown that I felt I’d reached the outskirts of civilization. Once more I had a cell phone signal. There was traffic, heavy at times, on the highway. The solitude of West Virginia had at last given way.

As an aside, I decided that I do not like driving through Cumberland, Maryland. That’s one nasty stretch of highway.

So, I puttered about the Baltimore and Philadelphia areas for a few days, until Farpoint began. And that, my friends, will be a story for another time. 😉

2 thoughts on “On the Road”