Like many people, I like to decorate walls with poster artwork. It brings a splash of color into a room, and it’s also a way of personalizing a space.

Unfortunately, I have very little wallspace to work with where posters would be feasible. Indeed, about the only place where I can hang something like a poster is in the stairwell.

So, a few years ago on Labor Day, I set about hanging framed posters in a stairwell gallery.

I started at the top on one side, and began by hanging Jim Cauty’s Gandalf poster. Working my way down, I hung some video game posters — Age of Empires II, Vivendi’s Lord of the Rings: Fellowship of the Ring, LEGO Star Wars. 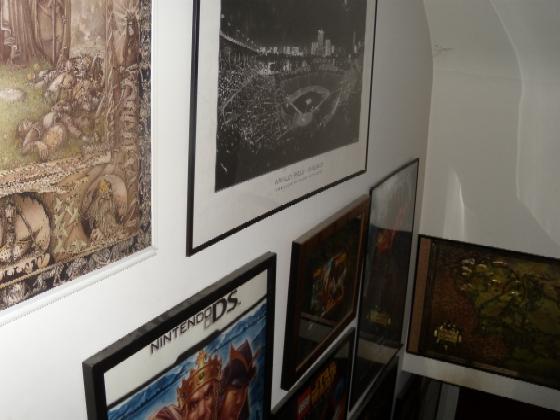 I rounded out the side with a Dark Knight poster (the one that evoked 9-11) and a Wrigley Field poster. And on the stairwell overhang, I managed to hang (though not without difficulty) a map of Middle-Earth. 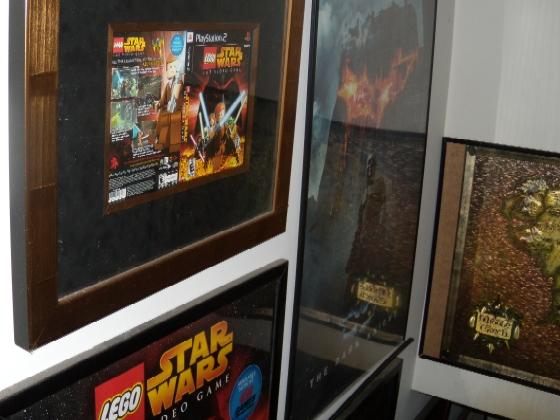 Eventually, I added an Arthurian print by Todd Klein and J.H. Williams III and a Misadventures of Sherlock Holmes poster by Frederic Dorr Steele.

Late last year, I added a print by James Hance of “Wookie the Chew,” which reimagined the story of Star Wars in an A.A. Milne/E.H. Shepard style. 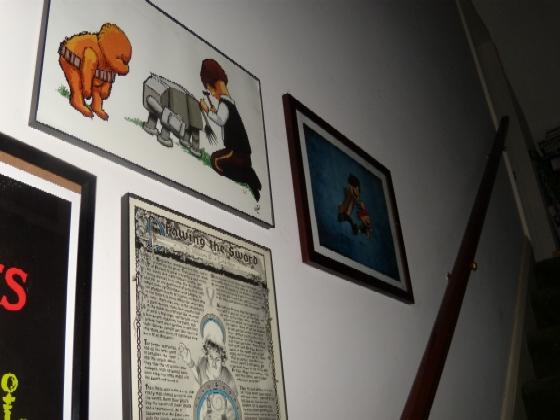 Two weeks ago, while looking at Hance’s website, I saw that he had done a Calvin & Hobbes-esque print of the eleventh Doctor and Amelia Pond. I placed an order for it, it arrived in the mail yesterday, and last night I went to Wal-Mart and bought a frame for it.

The side of the stairwell with the two Hance prints looks a little bare. I must buy some more posters, clearly. 🙂