I mentioned in yesterday’s post about the Women’s March in Baltimore that I stopped along the way and took pictures of churches. It’s something of a hobby of mine. Sacred architecture speaks to the better angels of our nature, a monument to the human need for community that spans decades and centuries.

Most of the pictures I took of churches in Baltimore aren’t especially interesting, but I wanted to share a few pictures of Lovely Lane United Methodist Church.

As I walked up Charles Street toward Hopkins, this massive spire rose out of the foggy mists. It was a striking spire — solid, a few windows, almost formless.

Naturally, I had to investigate.

What I found was something that looked ancient, like something from the late Roman Empire. A basilica, not quite Byzantine, with arches and patios and porticos. Wikipedia tells me that was the intention; when Lovely Lane was built in the late 19th-century, it was designed “in the Romanesque Revival style,” “patterned after the early churches and basilicas in Ravenna, Italy.”

The tower, which is what caught my eye, actually seemed wrong to me when I viewed the church in toto from across the street. 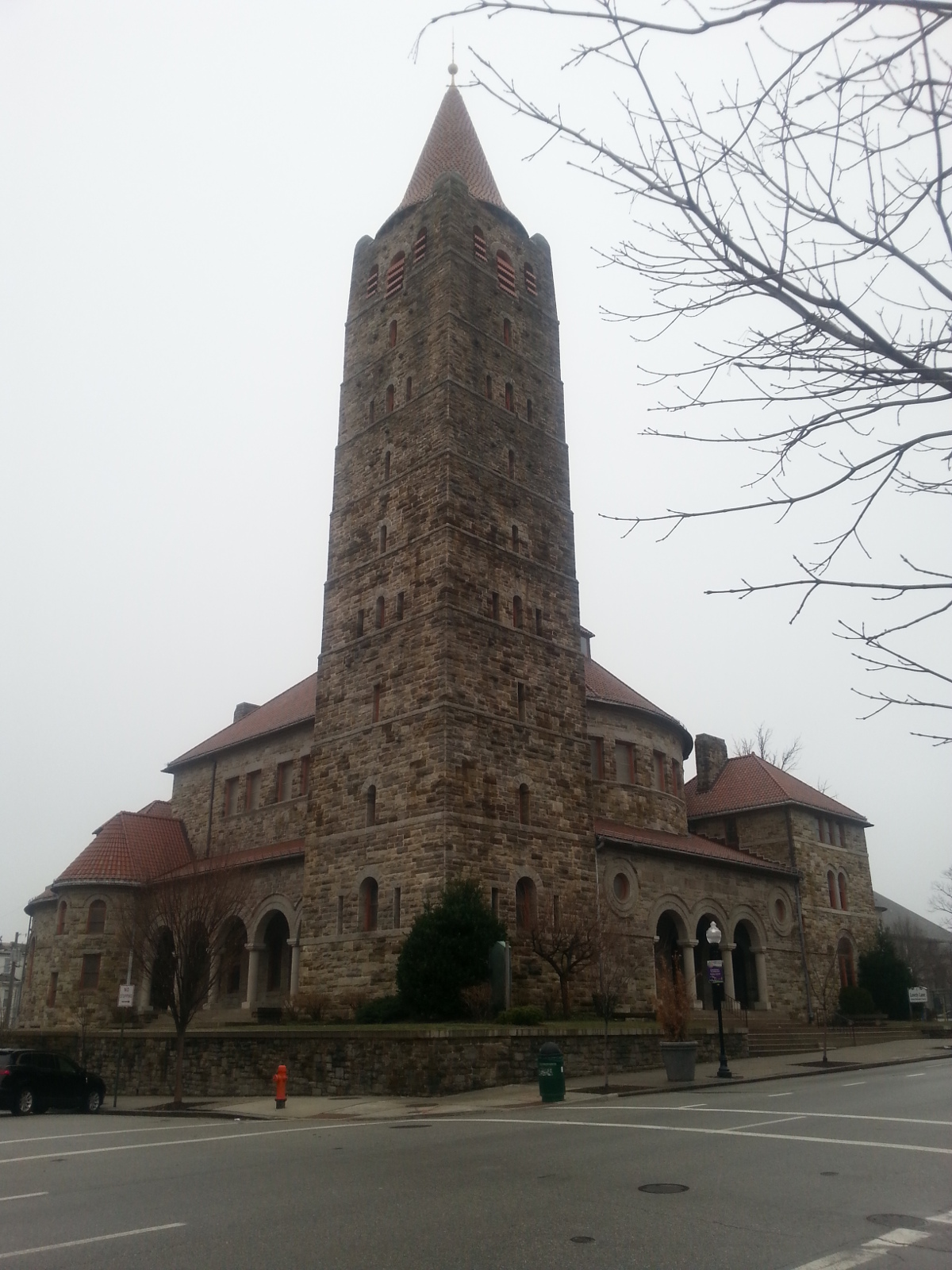 That’s because, going back to Wikipedia, the tower was “patterned after the campanile of the 12th century church of Santa Maria, Abbey of Pomposa, near Ravenna.” Lovely Lane, then, combines two architectural styles — a fourth-century basilica with a 12th-century tower. Of course the tower looked wrong. It was supposed to.

The sign out front says they give tours. I may have to visit sometime and take the tour. 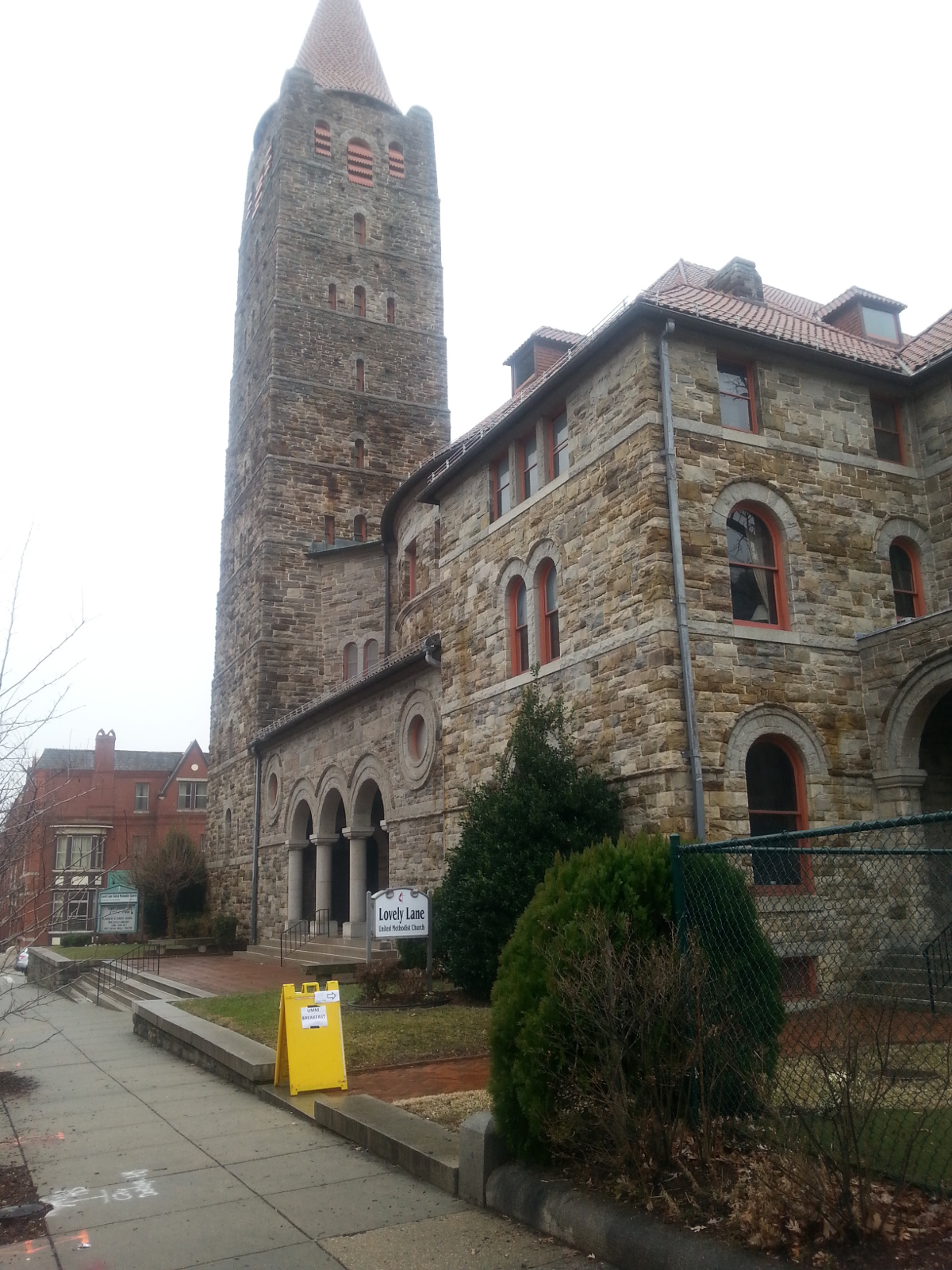 Satisfied, I resumed my walk toward Hopkins for the Women’s March in Baltimore. A few block away I turned and took another shot of the church’s formless tower, disappearing into the mists of a foggy January day.