Wednesday night I went through some picture CDs in search of some particular photos. I found those, and there were also pictures of Percival, a cat I owned a decade ago. What follows, for no particular reason, are almost all of the pictures I have of Percy from 2005 and 2006.

The calico never had a name. She hated people. She would hang around with her siblings and play with them. She would eat when food was put out. But look at her even a little bit, and she would run away.

The pale kitten at the right was struck by a car. With Percy in the middle is his brother, Galahad. To the left, with white paws, is the kitten my grandmother would call Ruby. And the calico is lurking behind the framework of a chair.

From a few months later, Percy liked to sleep on my bed. No reason to make the bed; he’d usually get to it in the mornings before I could straighten it out.

He was a giant ball of fuzz. He looked bigger than he was because his fur was so thick and shaggy. He would do silly things like take off at full speed across the carpet only to lose all his traction and crash into the wall when he hit the hardwood floors. 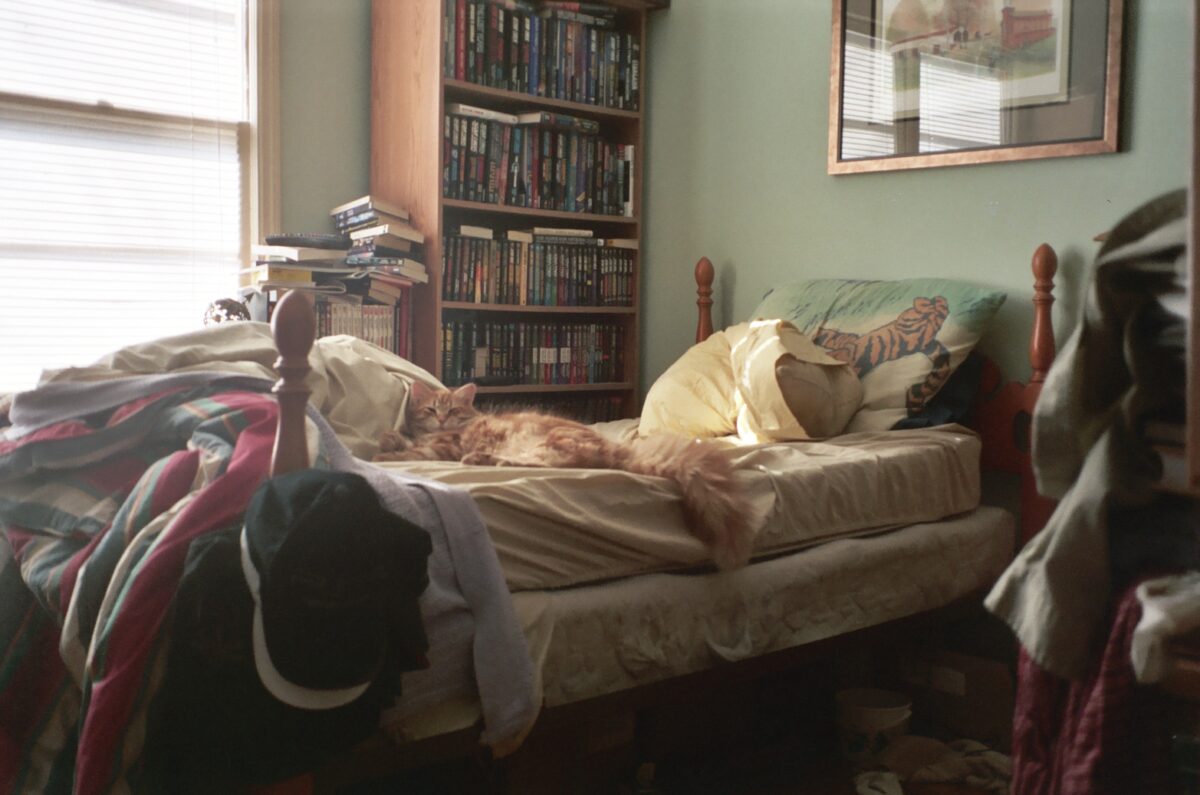 And, this is his brother, Galahad. He liked sleeping in things.

I miss you guys.