Revisiting the Kingdom of the Crystal Skull

Crystal Skull has a reputation of being a bad film — an over-reliance on CGI effects, a nonsensical story, “nuking the fridge,” a really old Harrison Ford (he was in his mid-60s) who lacked the physicality of a 40-something Ford, and the enduring presence of Shia LeBeouf. 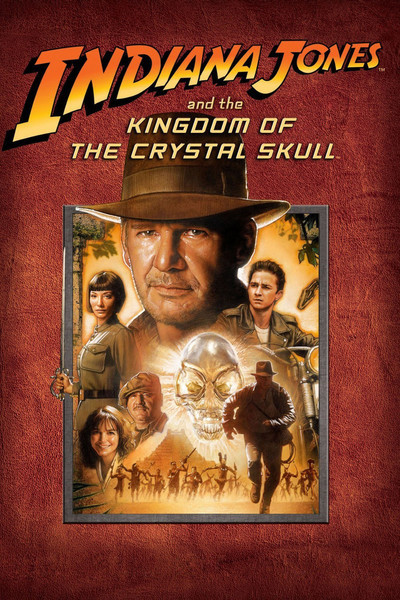 I remember feeling quite good about the film when I left the theater back in 2008 (though what I wrote on my blog at the time is a bit more mixed), and I hadn’t seen it since then. To eBay I went, bought the DVD for dirt cheap, and sat down yesterday (rainy and drizzly and especially gross) to watch the film.

My only issue, really, was that Crystal Skull was basically a remake of Indiana Jones and the Last Crusade, except with a MacGuffin taken from Mayan instead of Christian mythology. (And pedants would note that Last Crusade is itself broadly a remake of Raiders of the Lost Ark. There’s an Indiana Jones formula.) The stories follow similar beats — the conquistador grave sequence reminded me greatly of the Venetian catacombs, the jungle fight was very similar to the desert tank fight, and the alien even gives Cate Blanchett a look of disapproval that might as well say “You have chosen poorly.” The characters don’t entirely align; the characteristics of Marcus, Sallah, Professor Henry Jones, and Dr. Elsa Schneider are tossed in a blender and doled out to Marion, Mutt, Mac, and Ox in different proportions, and that’s perfectly fine. The way Crystal Skull used its elements worked for me. Sure, maybe there could have been more to the FBI subplot, but it served its purpose in taking him out of Marshall College and throwing Indy out on his own for an adventure.

Otherwise, the things that are commonly used to flog the film didn’t bother me.

Take the “nuking the fridge” scene — Indy survives a nuclear test in Nevada by hiding inside a lead-lined refrigerator, which is then thrown a few miles by the blast’s shock wave, and walks away. As improbable as it might be, the scene is every bit as improbable as Indy, Willie, and Short Round escaping a crashing airplane in an inflatable life raft in Temple of Doom. The Indiana Jones films have never comported to reality.

CGI? That’s just how films are made today. Harrison Ford? He played an older, wiser, and slower Indy, as one would expect. The Beef? I had no problems with him as a 1950s greaser.