This weekend was the Annapolis Irish Festival, a two-day event — Friday and Saturday — of Irish and Celtic music, vendors, and events at the Anne Arundel County Fairgrounds in Crownsville, Maryland.

I went two years ago and had a generally nice time. It was like Shamrock Fest with a similar group of bands, but in a fielded, country setting rather than the parking lot of JFK. And, also, it was July, not March, and the weather was appropriate for July — hot, muggy, and did I mention hot and muggy? Unlike Shamrock Fest, which is geared for college age and up, the Annapolis Irish Fest had an all-ages feel, with events for children.

I didn’t attend last year — I don’t recall the reason why — but this year, since Carbon Leaf was playing, I had it penciled in a possibility.

And then I forgot about it until Wednesday when, out of the blue, I got an e-mail from Carbon Leaf that said they were playing at the Annapolis Irish Festival this weekend. So, I promptly bought a ticket for Saturday (just twenty dollars!), and tried to figure out what I wanted to do. I looked at the schedule, saw that Carbon Leaf was playing at nine, saw that there were other bands that I wasn’t quite as interested in, and began to plan accordingly. I’d get there around 3 o’clock, see a couple of bands, look at the vendors, and wait for Carbon Leaf to take the stage.

(As a coworker of mine put it on Friday, if all you really want to see is one band, then twenty dollars is not a bad price for a ticket at all. The trip to Longwood Gardens last July to see Carbon Leaf perform there was similar — just admission to the gardens, which was about twenty dollars.)

It was a nice day for the festival. It wasn’t too terribly hot. It wasn’t muggy. The venue wasn’t under attack by gnats or dragonflies as it had been two years previous. There wasn’t a threat of storms; when I was caught in a torrential downpour at the Frederick Celtic Festival in May, I had doubts I would ever get dry. In short, it was pretty much the perfect day for an outing like that. It was a lovely drive down, and the weather cooperated.

There was food, and there was beer. They did a “beer ticket” system; Bud and Bud Light were five tickets (each ticket was a dollar), while Dominion Oak Barrel Stout, ciders, and craft beers were six tickets. The Oak Barrel Stout was quite good indeed. I’ll recommend that. I don’t remember what the craft IPA was. I probably blanked its name out of my mind because I didn’t like it.

There were things on display, like an Irish fishing boat.

And of course, there were the bands. The Annapolis Irish Festival had three stages. The Fado Stage was at the entrance, and it was an open air stage on a hill. Two years ago, this was the festival’s main stage. This year, it was the secondary stage.

Among the groups I saw, there were the ShamRogues: 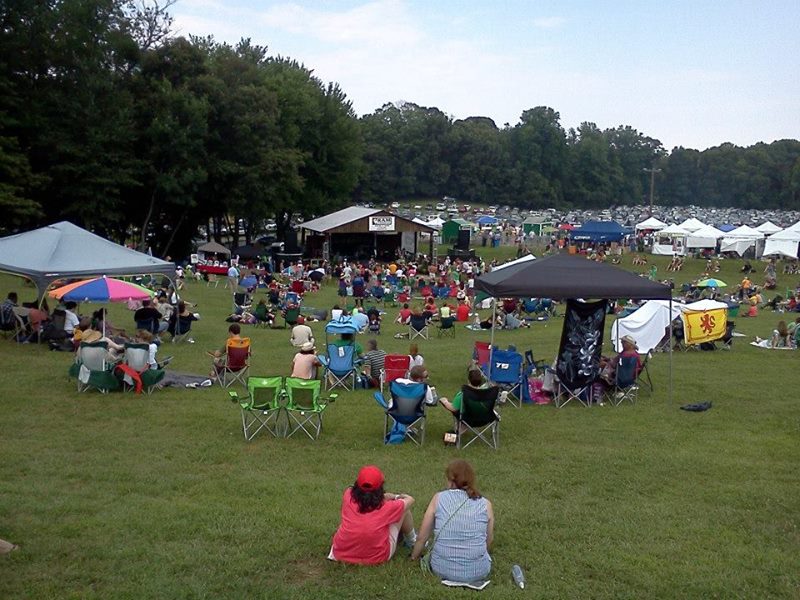 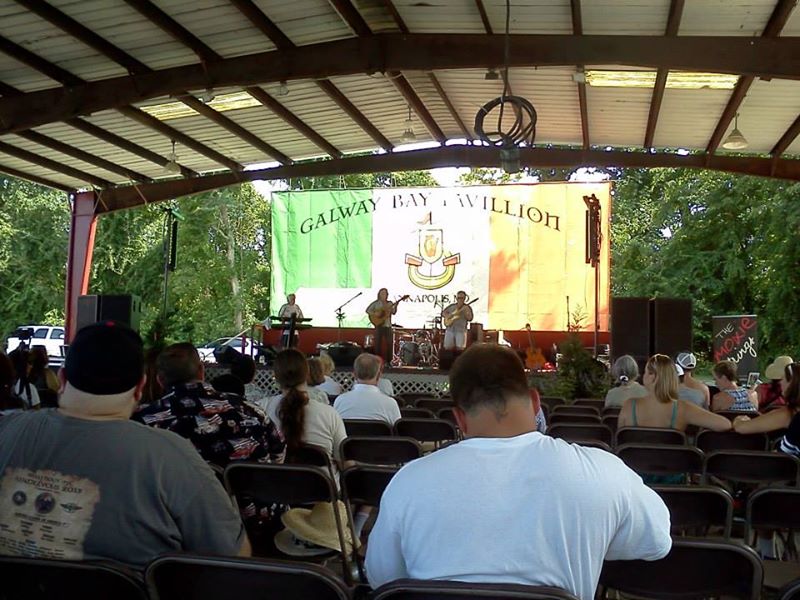 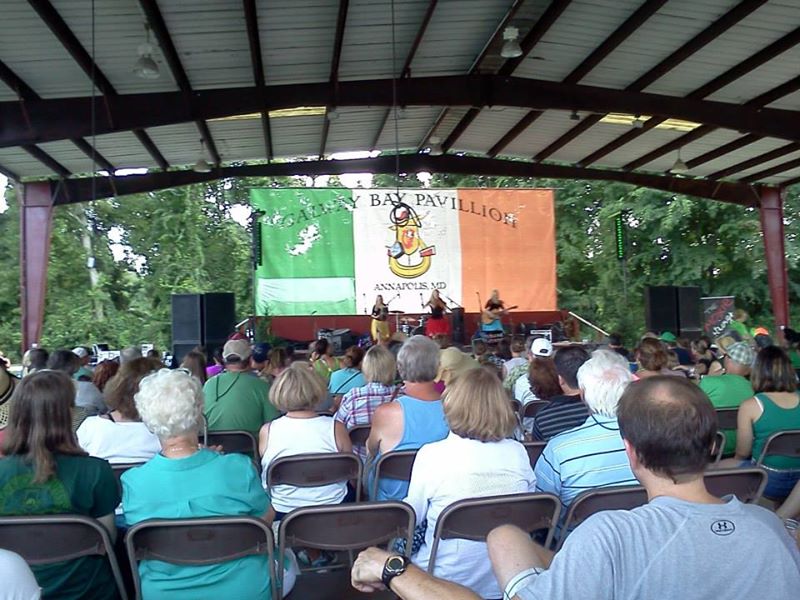 And the Fighting Jamesons, though I didn’t take any pictures of them, alas.

The music ranged from traditional Irish songs (Brendan’s Voyage) to Pogues-like Celtic rock (the Fighting Jamesons). The Gothard Sisters put on a lively performance; they are champion Irish dancers as well as trained violinists, and they harmonized very well together.

There was one small political moment that I noticed. During the Screaming Orphans’ set, they mentioned that yesterday was an important and difficult day in Ireland, and they dedicated their next song to the people who fought for Ireland to be free. They didn’t go into details, but I knew what they meant. Yesterday was the anniversary of the Battle of the Boyne in 1690, when William III drove James II out of Ireland and brought the Glorious Revolution to an end, and in Northern Ireland there are Orange parades on the anniversary to commemorate the Protestant victory. I don’t know if anyone else in the audience knew the significance of July 12th in Ireland, but I did.

Eventually, round about 8:30 I made my way down to the main stage and found a good spot for the Carbon Leaf set. Which did not start until about 9:20.

The area in front of the stage was trashed from previous sets, filled with water bottles and crushed beer cups. I saw a young woman in a stained glass window print dress picking up the cups, and they looked like they were getting out of hand. I offered her a hand, she admired my Doctor Who “Gallifreyniacs” t-shirt, and along with two guys who were wearing nothing but kilts we got the area pretty well clear while the roadies were getting the stage set for Carbon Leaf. 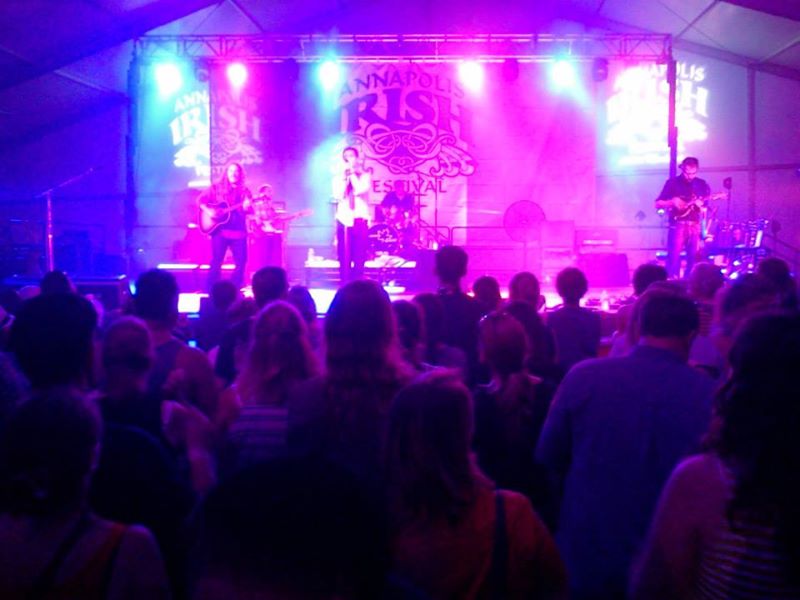 This was the most 90s Carbon Leaf set I’ve seen since, well, the 90s. By that I mean, there was more improvisation than I’ve seen at the Shamrock Fest shows, and a few songs were played quite differently than their album versions. When I saw Carbon Leaf in the 90s at the University of Richmond, they would have a three-hour set in The Cellar and they had to fill it with something. Shamrock Fest is much tighter than that — an hour set — so they have to play the songs more tightly. Here, they had an hour and a half to work with, so it was a bit looser. Songs had long instrumental solos. Lyrics were improvised. Tempo was altered. This was the Carbon Leaf I remember from long, along ago.

Good examples of the approach at the Annapolis Irish Festival were “What About Everything?” and “Let Your Troubles Roll By,” both of which were slowed down and given rather different grooves. (“WAE?” was more funk, “Let Your Troubles” was more bluesy.) “The War Was In Color,” which was haunting in its album version, became a heavy and apocalyptic dirge on stage.

Barry Privett, the lead singer, performed barefoot. At one point during the set he showed the audience the bottom of one of his feet, and it was disgusting. No amount of soaking and scrubbing would ever get that clean.

There was some nice banter with the audience. A couple, straight from their wedding and still in their wedding attire, received a shout-out before “Life Less Ordinary.” The Indian Summer Revisited project — a rerecording of 2004’s Indian Summer with special bonus features for its 10th-anniversary — got a plug.

The main set ended with “Let Your Troubles Roll By,” then, after a brief intermission, Carbon Leaf returned to the stage for a 2-song encore. After performing “Big Strong Man” they were joined on the stage by Scythian for the finale of “Mary Mac.” 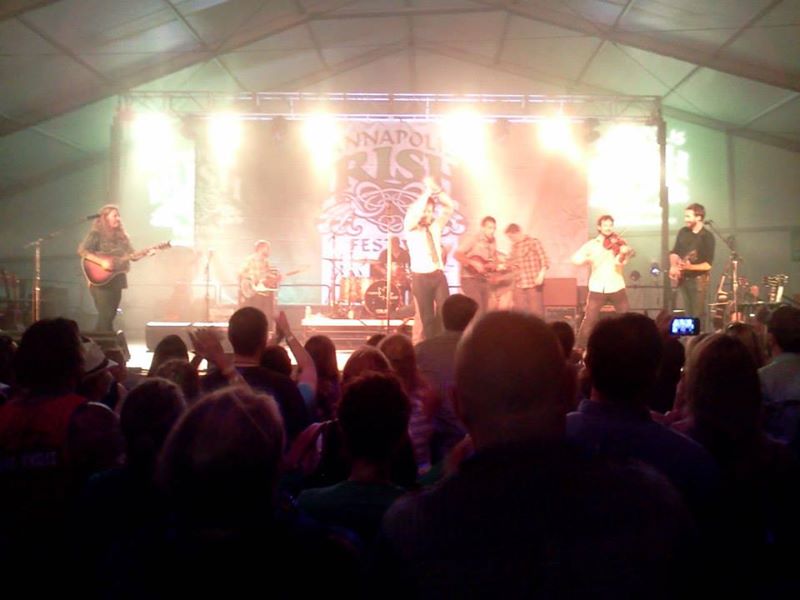 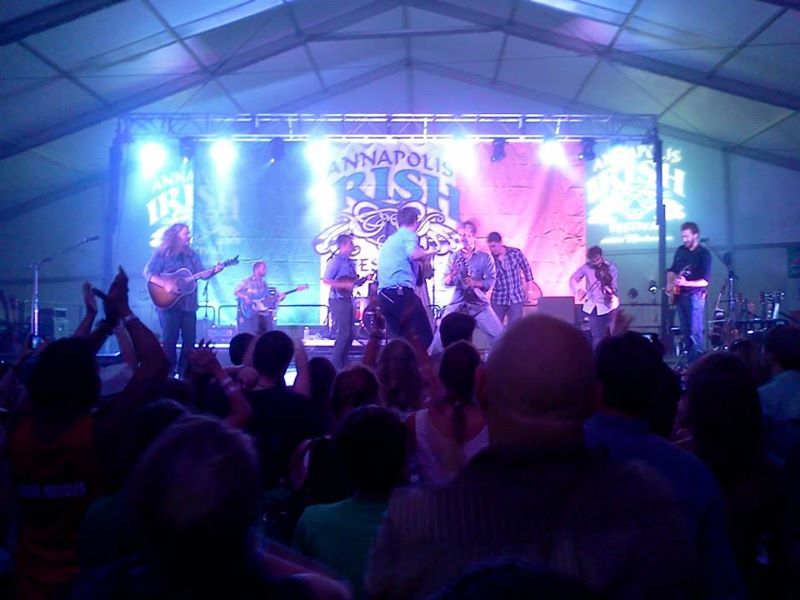 After picking up the USB stick with the night’s Carbon Leaf performance (a nice souvenir I’ve made sure to get at every show I’ve attended since they started offering them), I embarked on the journey home. By this time, it was 11:30.

I made a stop in Hunt Valley at the Wal-Mart. I needed to pick up a few groceries. I ended up helping a woman in a motorized wheelchair; first, she needed help with three bottled water trays and getting them into her basket, and then, in the parking lot after I’d checked out, she needed help getting them into her vehicle. I didn’t have to. I was just the right thing to do.

I arrived home about quarter past one. Soon I was in bed, soon after that I was unconscious. Recovery was necessary.

A splendid time was had at the Annapolis Irish Festival.