Shamrock Fest is on Saturday in Washington, DC, on the grounds of RFK Stadium.

I bought my ticket back in November, and today I saw the schedule. 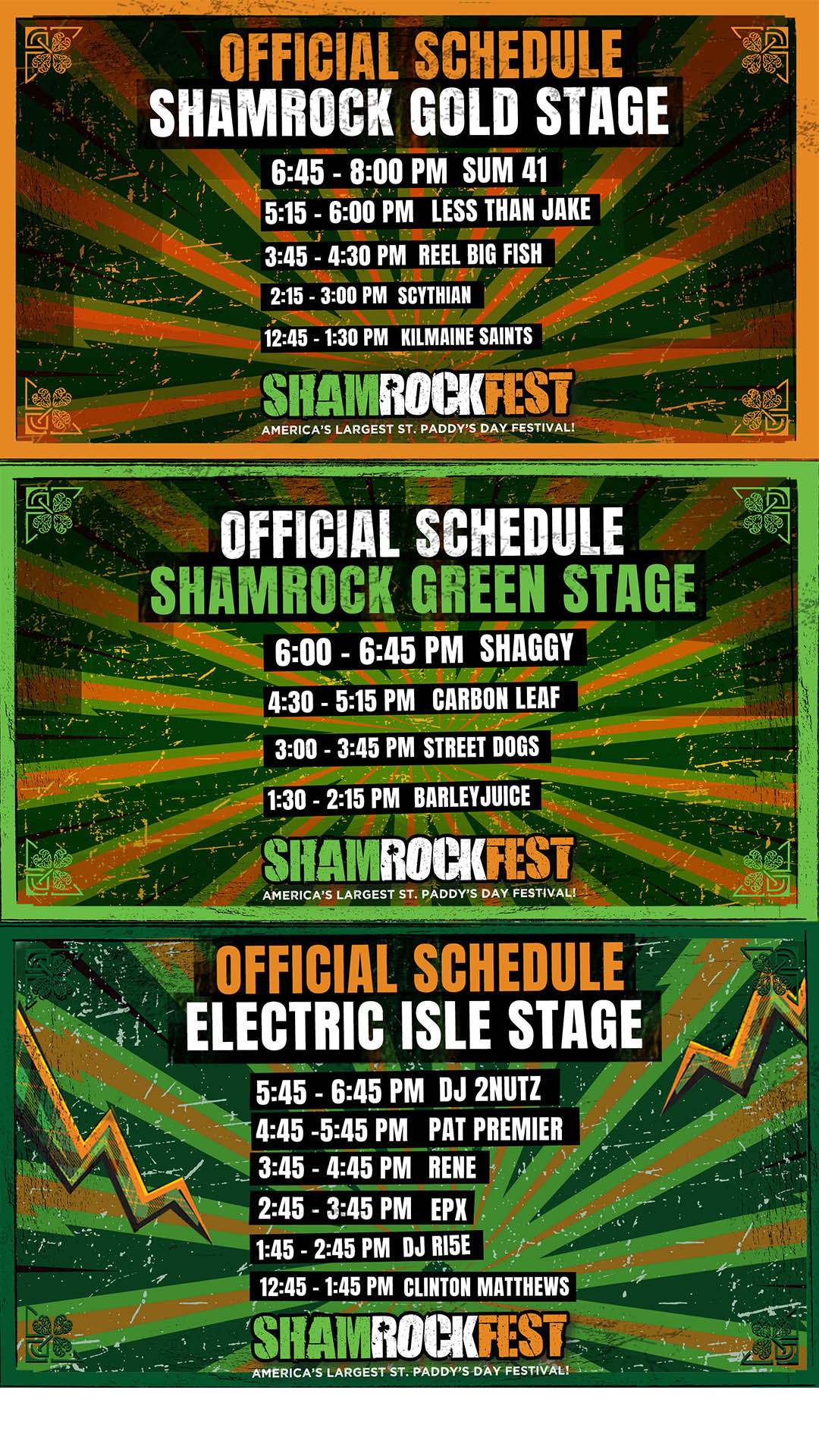 I already knew the line-up was a little on the thin side, with Shaggy and Sum 41 as the headliners. Looking at the schedule, I looks like I’m going to leave by 5:30 and the line-up of bands I want to see:

And then I’m done. Depending on Metro, I could be back home in Pennsyltucky by 8 o’clock.

No, I won’t leave quite that early; I’ll have to pick up the live recording of the Carbon Leaf set on a USB stick about twenty minutes after they finish. So, I’ll leave the grounds of RFK by 5:45. 🙂

Then, on Sunday, I’m having the traditional Corned Beef & Cabbage dinner. My first in six years.