This year I’ll be spending Thanksgiving by myself. I don’t have family nearby, and publishing doesn’t stop just because there’s a holiday; Friday I’ll be hip deep in getting January’s catalog out the door, long-distance travel to see family (only to have to turn around) simply doesn’t make sense.

Don’t worry about me. I have my Thanksgiving repast planned out. The menu has been written. Everything I need — with one exception — has been purchased. Time will be spent in the kitchen. All will be well!

But! For a moment, let’s imagine that I could have a Thanksgiving dinner party with, oh, six to eight people. Creative people! Any time, any place, living or dead! Who would I invite?

Set aside the obvious problem that there’s hardly room for eight people in my apartment. We will, for the moment, accept dimensional transcendentalism as a realistic possibility. And, of course, the problem that none of these people know me and would be unlikely to accept the invitation. We’ll just ignore all of that. 🙂

The lead singer of Elbow, Garvey just released his first solo album, Courting the Squall, which I’ve had in heavy rotation. I’ve said a time or three that I feel that Garvey writes music just for me.

For no particular reason, here’s the video to “The Blanket of Night,” a song from Elbow’s last album, The Take-Off and Landing of Everything, about the plight of refugees today. It’s sad and it’s powerful, and I’ve been listening to it recently, spurred on by the xenophobic reaction of so many Americans to Syrian refugees. Refugees need our help and our love, not our indifference and our fear. 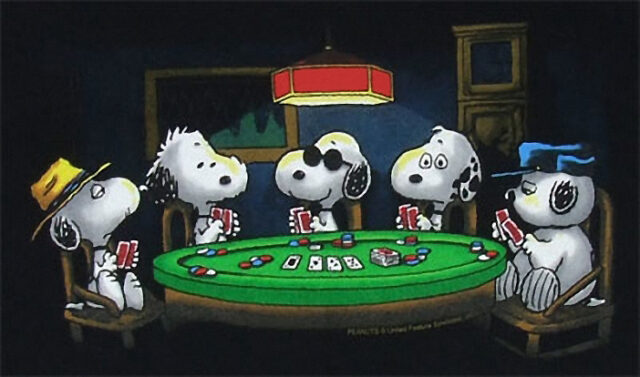 The creator of Peanuts. Of course, he died in 2000 (see this post for something I wrote that day), so it’s unlikely he would be able to come. But if he could, I bet he would have a lot to say.

Who wouldn’t want to have Mr. Rogers come over for Thanksgiving dinner? Even though I’m an atheist, if Mr. Rogers wanted to say a few words before dinner, I would be okay with that.

Another likely no-show, what with being dead and all, but I think Poe would have lively things to say on writing, literature, politics, and history.

Why Ringo instead of one of the other Beatles, living or dead? Ringo, by many accounts, is by far the smartest of the Fab Four. Also, he’s a master storyteller. I think he would be the life of the party.

Partly, I would want Garai to autograph my DVDs of Expiation and The Hour. Mainly, though, I would want to ask her about Doctor Who, specifically if she’s at all interested in being the thirteenth or fourteenth Doctor, because I think she would be quite magnificent as the Doctor.

Taymor directed several films that I’ve enjoyed — Titus, Across the Universe, and The Tempest — and I think she could bring a lot to the conversation.

Mirren worked with Taymor on The Tempest; she played Prospero in Taymor’s adaptation of Shakespeare’s play. Does there have to be a reason for inviting Mirren to Thanksgiving dinner? Surely not!

There we have it, my imaginary dinner party — a couple of musicians, some actors, some writers, a cartoonist, and a director.

I think that works.