Today was Purple Friday at the office.

As will many more Fridays over the coming months.

It baffles me at times that, at the office, whenever the Baltimore Ravens play a home game we can were Ravens gear, but Orioles gear happens only once a year, on Opening Day.

What’s especially baffling is that our semi-retired owner is a part owner of the Orioles. (I didn’t know that he still was, but the fact was mentioned in a recent Washington Times article about the Orioles’ poor attendance this year.) We support the Ravens, but not the Orioles.

Baltimore is, I suppose, a football town rather than a baseball town.

I’ve turned Purple Fridays into an act of civil disobedience. 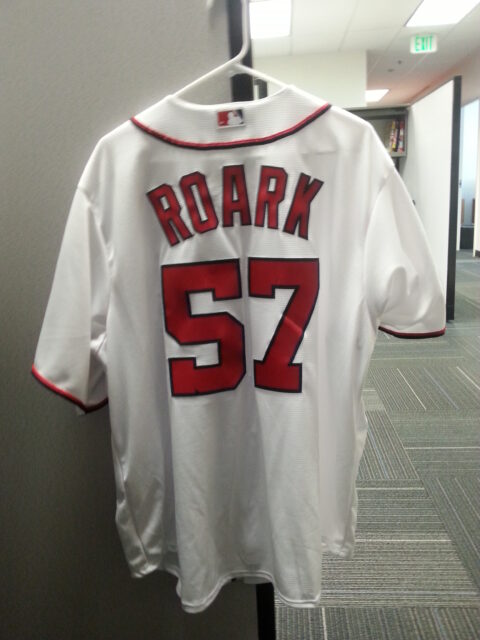 I use the jersey as an excuse to wear a plain-colored t-shirt underneath.

The jersey hardly gets worn; I don’t want to work all day at my desk in a baseball jersey. Instead, it goes on a clothes hanger.

And I get a dress-down day.

Sure, it’s a violation of the letter of Purple Friday. But not the spirit.

I’m showing team spirit. Just not for football. And not for Charm City. 🙂