Recently, within the last two weeks, on a day I went into Diamond’s offices, I heard the morning deejay talking about “quiet quitting.” I wasn’t familiar with the term, and when the deejay came back to it and explained it was “the new word trend,” what he described was people not quitting their jobs but rather people doing what their job description said and punching out after eight hours, not going above and beyond.

Today, a friend shared this Twitter thread that explains it better: 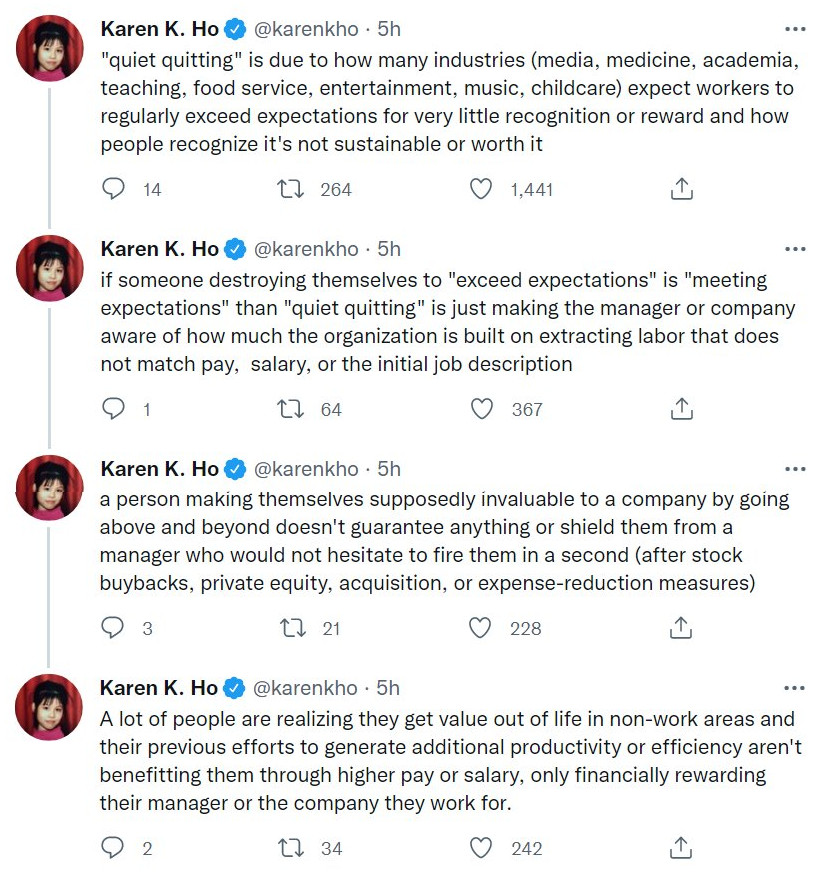