A clipping from the Stumptown Progressive…

The hometown crowd witnessed something they had never before seen — the umpires examining a baseball for scuff marks and paint — when the Lake Wobegon Whippets took on rival Stumptown at Olaf Field Friday night.

The drama came in the top of the seventh inning when Whippets second baseman Jonny Gilmore faced Stumptown pitcher Frank Bayliss.  Trailing by two runs, with a runner on first and no outs, Gilmore showed bunt, then ducked down in the batter’s box when Bayliss’ throw went awry.  The sound of the ball smacking against something was heard by the entire crowd of 346, and the home plate umpire promptly ruled Gilmore hit by pitch and awarded him first base.

Of Stumptown and Opening Day 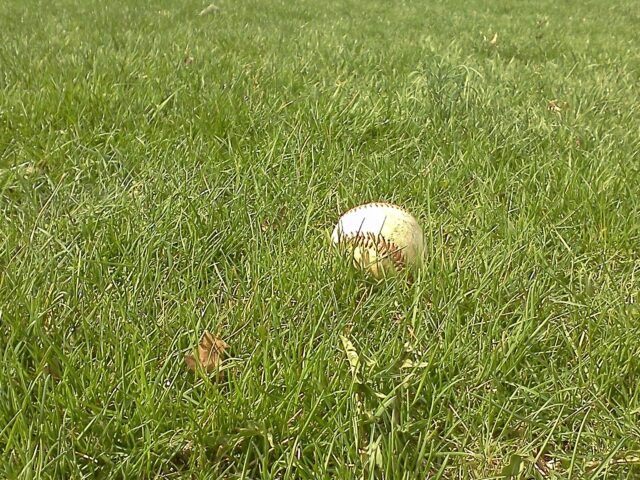 It’s April. Spring is officially here. Baseball is back. Opening Day is more like “Opening Days” — three games yesterday, a few more today, a few more tomorrow, and then the season and the daily grind begins in earnest on Wednesday. Nothing says baseball more than Charles Schulz’s Peanuts, what…

Stumptown’s catcher tossed the ball back to the pitcher and, before play could resume, the home plate umpire summoned the first base umpire to the pitcher’s mound.  The two umpires asked for the baseball and proceeded to examine the ball.  Conferring for several minutes and finding no scuff marks from Gilmore’s helmet on the ball, the home plate umpire reversed his initial call and declared the pitch a foul ball having struck off of Gilmore’ bat rather than his helmet.  Art Ramsey returned to first base, Gilmore returned to the batter’s box, and both runners were erased when Gilmore hit a ground ball to short and Stumptown’s infielders turned a double play.

“In my sixty years of watching baseball,” said fan Jordan McKeever after this inning, “I’ve never seen umpires examine a baseball like that and make a decision based on that.”  This reporter would note that he has known McKeever since elementary school, and McKeever has only watched baseball for forty years, not being old enough to have watched it for sixty.

Stumptown took its 4-2 lead into the ninth inning, when Stumptown closer Erik Warner coughed up four runs, giving Lake Wobegon a 6-4 lead.  Stumptown went down in order in the bottom half of the inning, extending Stumptown’s losing streak to 8 games, leaving them 12 games under .500 and in last place in the Green Grass League’s Northern Division.

Stumptown manager Joe Shlabotnik , asked after the game why he stayed with his closer after Warner loaded the bases on two walks and a hit by pitch with no outs, said, “Warner made himself a mess, and I wanted to show faith in my player that he could get himself out of it, but he didn’t, and that’s the way baseball goes, and we’ll get ’em tomorrow.” Warner now has seven blown saves on the year, including three from a critical series against Hillsdale last week.

Stumptown’s series against the Lake Wobegon Whippets continues Saturday night at Olaf Field with the first pitch scheduled for 7:10.