Jonathan Archer said, “If I go back and stop an Austrian farmer in the mid-1800s and ask him directions while he’s on his way to the market, he gets to the market five minutes later, and misses meeting the woman he was supposed to marry. She passes by. Because they never meet, Adolf Hitler is never born. World War II never happens, or happens later for other reasons, and the technological rush of the mid-20th century is delayed thirty or forty years… Zephram Cochrane doesn’t have the infrastructure to invent warp drive, and we never meet the Vulcans.”

“Instead of meeting the Vulcans,” Trip Tucker picked up, “we meet the Klingons instead. By now, the Klingons are dominant on Earth and using Earth as a toehold in this whole section of the galaxy.”

“A butterfly flaps its wings in Africa,” Archer murmured, “and there’s a typhoon in China the next spring. This idea that anyone can engineer the future by screwing the past —”
From Enterprise: Broken Bow: The Novelization, by Diane Carey, page 149

Star Trek discussion runs a dime a dozen on the Internet. From the merits of Voyager to speculation on Star Trek: Nemesis to where the Animated Series fits into the overall Trek canon to reviews of the relaunched Deep Space Nine novels–if you’re interested in discussing it, you’ll find someplace on the ‘Net to discuss it.

You can even discuss Star Trek as though it were a real, functioning universe. The ethical framework of the 24th century, the technological problems to be surmounted in creating warp drives, replicators, transporters. It’s all available for discussion. Pick one part of the Star Trek saga, and you’ll find someone that’s an expert and is willing and able to spend hours expounding upon their area of expertise. 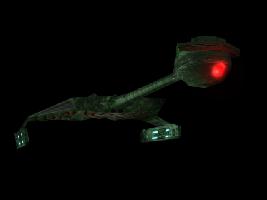 Why not Star Trek history, then?

The same has happened with Star Trek. People started trying to put the pieces of the Trek mythology together in an attempt to build a coherent timeline, a future history. Michael Okuda wrote his version in A History of the Future, published by Pocket Books and now in a second edition. James Dixon did his own version as well, now in its thirteenth edition and covering almost everything that’s had the label Star Trek affixed to it and some things that never did. If you ever needed to know the crucial events of 2344, Okuda or Dixon wouldn’t be bad places to start looking. Or the not-so-crucial events of 2229.

Why not the next step, then? Alternate history Star Trek?

Alternate histories are nothing new; they’ve long fascinated both historians, novelists, and readers. The eternal game of “what if only…?”

Why not apply counterfactual thinking to Star Trek? Playing alternate history with past events is common–one need only look at the popularity of books such as Robert Harris’ Fatherland, Philip K. Dick’s The Man in the High Castle, or the work of Harry Turtledove. But these works all look at changing the past–World War II in the case of Harris and Dick; the Civil War in Turtledove’s The Guns of the South or the Great War series, World War II and alien invasion in the World War and Colonization series. All of these look at the past and extrapolate how things would differ. 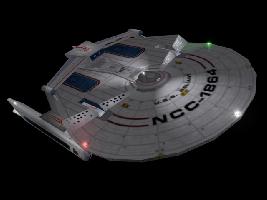 Why not treat future histories in general and Star Trek in particular in the same way? Where Dick would alter America’s 1930s in High Castle, altering the flow of history with President Franklin D. Roosevelt’s assassination, why not alter Star Trek‘s history in a similar manner? What would stem from the assassination of the Federation President in Star Trek VI: The Undiscovered Country or a Romulan War that never resulted in the founding of the Federation?

Yet, there has been no place where alternate history Star Trek could be readily discussed. On the USENET, such discussions at soc.history.what-if would be off-topic because future histories such as Star Trek haven’t yet happened, while rec.arts.startrek.* does not have any obvious choice for such discussions. The alt.startrek.* heirarchy, again, has no obvious choice for discussing counterfactual Trek. While alt.startrek.creative might provide such a haven, alternate history postings would likely be swallowed by the overwhelming number of Star Trek fanfic posts.

How does it work? Start with the premise: Star Trek has a consistent history. Now, make a change to that history. What happens? Imagine the year is 2709. You are an historian at the University of Shi’Kahr on Vulcan, well-respected in your field, with a number of works published on the First Federation-Cardassian War. As the historian, what changes do you see occuring because of that one historical change? What political, sociological, psychological, economic forces ripple due to that single change? Do empires rise and fall? Does the Federation collapse? Do the Romulans abandon their native xenophobia? Does the Dominion War happen? Are the Cardassians once again on the “losing side of history” as you had once so eloquently argued? This becomes fodder for discussion and debate, and there are no right answers here. But there are infinite possibilities.

While putting “alternate history” in the description of the list may seem limiting, we discuss the whole of history in Star Trek assuming there is a consistent flow to the historical patterns of that universe thus exploring that flow by positing changes in the history. General historical discussion is both welcome and encouraged, especially as our traditional viewpoint on the Star Trek universe has for thirty-five years been through the narrow lens of Starfleet. Surely monumental events happened outside that narrow segment of the Star Trek universe. In discussing counterfactual Star Trek, limiting one’s self to only what we’ve seen in television and on film will also limit one’s appreciation of Star Trek as a future history.

Alternate history Star Trek, then, provides an outlet for creative thinking. You might not ever look at Star Trek in the same manner once you’ve begun to think through how different it could have been.