I mentioned recently, when looking at some Thor comics reading, that Marvel Comics was bringing back early-90s Thor spin-off character Thunderstrike in a new series by Tom DeFalco and Ron Frenz.

Eric Masterson, an architect and single father, was, for a time, Thor. Then he became separated from Thor and Thor became Thor again (no, I’m not clear on the details, I wasn’t reading Thor at that time), and Masterson went on to have his own super-heroic career as Thunderstrike, wielding the power of the enchanted mace Thunderstrike. At the end of Thunderstrike’s solo series, Thunderstrike died in battle against one of his greatest foes. (Thank you, Wikipedia.) 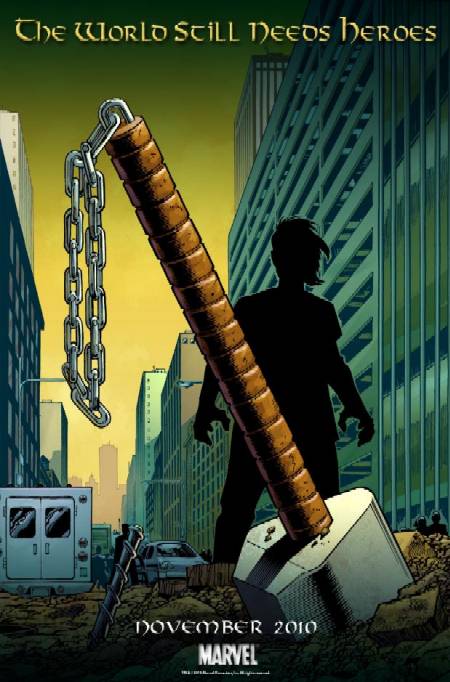 Who is that looking at the Thunderstrike mace? To me, the haircut looks youthful. Could it be Eric Masterson’s son Kevin? Could Marvel being doing a Captain Marvel-like thing with the character and concept, with Kevin bearing the power of Thunderstrike?

I expect Marvel to throw a lot of Thor at the wall over the next nine months, between now and the debut of Kenneth Branagh’s film, to take advantage of the marketing moment.

And does this put us one step closer to Thor getting the band back together? I mean, the revival of the Thor Corps? (Again, another early-90s Marvel series I didn’t read, but the name sounds cool. It just rolls off the tongue like a giant rolling thing.)

Thunderstrike! I didn’t read the first series, but even I’m getting excited.