To my chagrin, I made it through college without ever having to read F. Scott Fitzgerald in an English course. 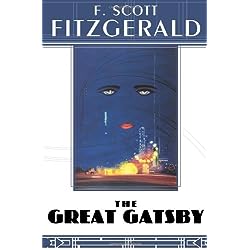 I read Fitzgerald's work on my own, much as I did with his contemporary Hemingway. While I like Hemingway more, it's Fitzgerald that I try to emulate in my writing.

I wouldn't call The Great Gatsby one of my favorite novels — I reluctantly admit that it's been at least fifteen years since I read Gatsby — I will admit that I've long been taken by the novel's narrator, NIck Carraway.

Admitting that my memories are unreliable, what I recall about Nick Carraway is that he was something of an outsider, looking in onto the social scene around Jay Gatsby and the idle rich of the East Egg in Long Island. He's out of his depth in some respects, trying to piece together the relationships of the people around him and puzzle out the mystery of Jay Gatsby's wealth. (I'm not giving anything away by saying that Gatsby is a bootlegger. It's the 1920s, it's what people did. What was the American polis thinking with the Prohibition experiment?)

I don't know that I would want to be Nick Carraway, as the Plinky writing prompt… umm… prompted, but I certainly relate to young Nick. I can see myself in Nick, better than anyone else in The Great Gatsby.

Maybe I'll pull Gatsby out of the box where I have it stored and give it a read. It has only been more than a decade… 😉