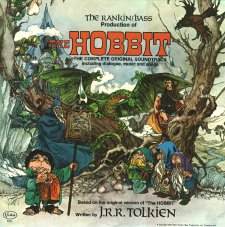 The thing that comes through most cleanly when listening to the CDs is how remarkably well cast John Huston was as Gandalf. His voice has a gravitas that I’m not even sure that Sir Ian McKellan brings to the role. On the flip side, Casey Kasem in The Return of the King is particularly annoying. 🙂