McKellen, as you see, is playing Sherlock Holmes. Based on Mitch Cullin’s novel A Slight Trick of the Mind, Sherlock Holmes is ninety-three, the year is 1947, and the Great Detective has been retired to the Sussex Downs where he tends to his bees for over forty years. Holmes writes the story of his investigation into the puzzling behavior of Ann Keller, “The Glass Armonicist,” shortly before his retirement from his consulting practice. 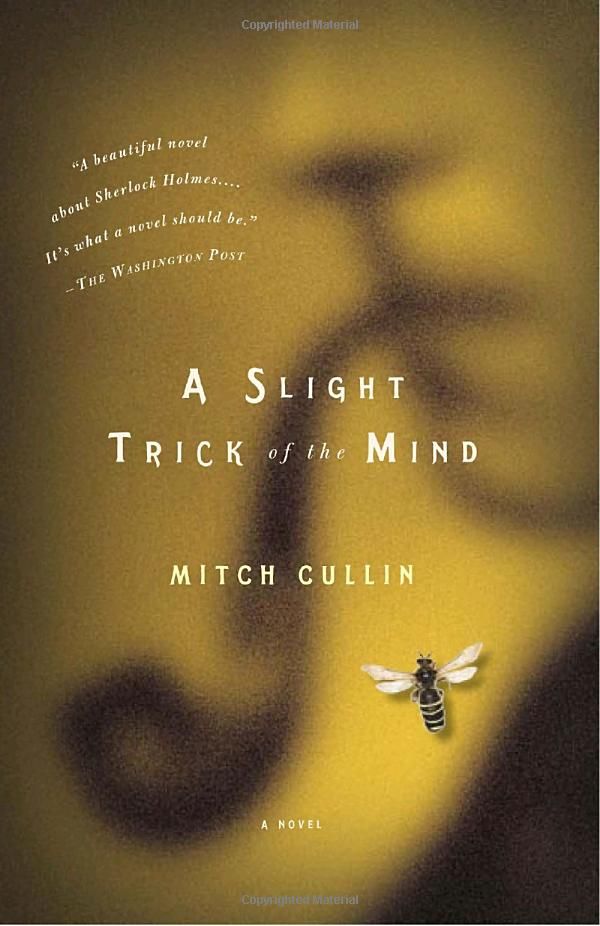 Cullin’s novel — and the movie, too, I suspect — isn’t a Sherlock Holmes story in the way that we would normally conceive of it. There’s something in the book that resembles a standard Sherlock Holmes mystery — a client upon the stair, an investigation, a deduction — but that’s not the point of the novel. Rather, it’s the portrait of a man in extreme old age, a man who built his life on rationality and the powers of his mind, who confronts the reality that there are simply places where rationality and the mind cannot take you. Sherlock Holmes made himself a man that people turned to for answers, and there are some answers he simply cannot provide — not to his clients, not to his housekeeper and her son, and certainly not to himself.

I read the book in early March, and as I read it I wasn’t convinced that it was filmable. It’s a very internal book; we experience this story largely through the eyes of a 93-year-old man with a failing mind, and I expect that an audience who approaches this as a Sherlock Holmes film with Gandalf instead of Iron Man is going to be sorely disappointed.

The novel has three parallel plot lines. The novel’s “present” is sometime in 1947 — Holmes has just returned from a trip to Japan — and it involves the relationship between Holmes and Roger, the ten-year-old son of his housekeeper, Mrs. Munro. Then there’s the story of Holmes’ trip to Japan; he is invited to post-war Japan to study the prickly ash which may have life restoring properties, and there he meets a man that he may or may not have a personal connection with. And finally, there’s “The Glass Armonicist,” an account written by Holmes about a very trivial investigation he undertook shortly before he retired to take up beekeeping; a man hires Holmes to find out where his wife goes in the afternoons.

There is a reason why Sherlock Holmes is in the story. The novel is about the human need to ascribe reason to the inexplicable, and Cullin uses literature’s character most defined by reason to make the point that there are things that simply have no reason. There are lengths to which reason will take you, and even Sherlock Holmes cannot go beyond them. Some people can accept the comforting lie that put things in an order that bears no relation to reality, while others cannot. And even Holmes is not immune from the comforting lie.

I watched the trailer several times. At least four times. There were scenes that I recognized from the book including, it will note, the climax to one of the three parallel storylines. But there were differences, too. The relationship between Holmes and Roger, the housekeeper’s son, seems closer in the trailer than in the book (though, to be fair, they have a surprisingly warm relationship in the book). Yet, I also saw some scenes that I couldn’t place, and the Japanese plot barely appears. The book was a tearjerker. Based on some of the shots in the trailer, I suspect the film will be as well.

Mr. Holmes is the film I’m most looking forward to this summer.