Among the podcasts I listen to regularly, one I particularly enjoy is Things We Said Today, a weekly podcast of Beatles discussion with Ken Michaels, Steve Marinucci, Al Sussman, and Allan Kozinn. A year ago, the podcast changed its focus from Beatles news to a weekly theme, and this week’s episode dicussed the Beatles’ Christmas work, from the annual fan club discs (which still have not been officially released by Apple) and “Christmas Time Is Here Again” to the Beatles’ solo holiday efforts — John Lennon’s “Happy Xmas (War is Over),” Paul McCartney’s “Wonderful Christmastime,” Ringo Starr’s album I Wanna Be Santa Claus, and George Harrison’s New Years song “Ding Dong.”

In discussing the works, the panel gave Ringo’s I Wanna Be Santa Claus its proper due. It’s a Ringo Starr album that happens to have a Christmas theme (much like Carbon Leaf’s Christmas Child, come to think of it), and it’s among his most enjoyable albums of the last twenty years. They were also quite positive about the other songs, and I learned that John’s “Happy Xmas” uses the tune of an English folk song about a racehorse, “Stewball.” The things I didn’t know! 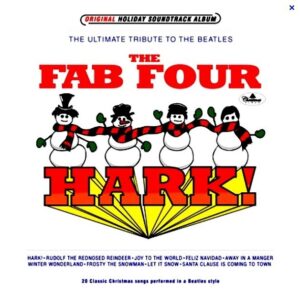 They also talked a little bit about some Beatle-esque Christmas albums, in particular The Fab Four’s Hark! and Rubber Band’s Beatmas, both of which I discussed here a number of years ago. (At that time, Hark! was a two-disc release.) Both bands took the hooks of Beatles songs, and used them to interpret a classic Christmas song in a Beatle-y style. One song of note is The Fab Four’s “Dear Santa,” which reinterpets a song Ringo Starr wrote and recorded for I Wanna Be Santa Claus in the style of Paul McCartney’s “Oh Darling” from Abbey Road. Also, The Fab Four’s “Little Drummer Boy” was used in an episode of House; this song was in the style of Abbey Road‘s “Sun King.” (For a complete list of what draws from what, I broke down The Fab Four and Rubber Band albums in posts over the years.

There is another that I found on iTunes a few years ago — St. Nick’s Lonely Christmas Band. It leaves me feeling “meh.”

In my opinion, The Fab Four’s Hark! is definitely worth getting. I love the version of “The First Noël” on the latest edition; it riffs on “Let It Be” and uses both George Harrison guitar solos. Other standouts include “What Child Is This?” (in the style of “While My Guitar Gently Weeps”) and “Jingle Bells” (in the style of “Tomorrow Never Knows”). If you can only buy one, that’s the one to buy.

I bring all of this up because this week’s Things We Said Today alerted me to a new-ish entry in the genre of Beatle-esque Christmas music — Abbey Road Christmas.

They cautioned that it wasn’t great. I started a few Google searches anyway. I could find YouTube videos quite easily, such as this Beatle-esque take on John’s “Happy Xmas (War Is Over),” as if sung by Ringo with harmony vocals by Paul: 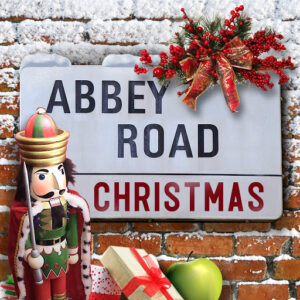 But this didn’t put me close to finding Abbey Road Christmas. Amazon wasn’t helpful. eBay had no idea.

I’ve listened to the album thrice now — yesterday and today at the office (as background while I was working) and yesterday evening at home. 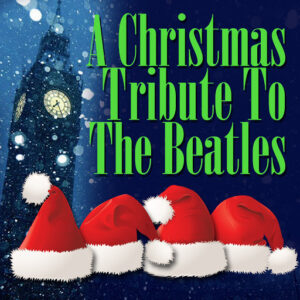 It’s not bad, by any means. The Beatles soundalikes — whoever the anonymous musicians behind the “Abbey Road Xmas Ensemble” and the “British Invasion All-Stars” art — are maybe better at evoking the idea of the Beatles than imitating the Beatles. There’s certainly a sound to the music that sounds Beatles-derived, and the occasional song directly uses some Beatles hooks (like a cover of Shakin’ Stevens’ “Merry Christmas Everyone” that riffs on “Let It Be”). It’s not groundbreaking, but it’s not trying to be.

What it is, though, is interminable. The thirty tracks run 90 minutes total, and of the 30 tracks, nine of them are Beatles covers. (The 25-track version, Abbey Road Christmas, has five Beatles covers, by comparison. And one fewer version of Paul McCartney’s “Wonderful Christmastime” as well.) The brain just goes numb. This is the kind of album that requires some DIY moxie — figure out the tracks you like and make a playlist of those in your mp3 player of choice, skipping entirely over the lesser tracks and Beatles covers. Whittled down to 12 tracks and a 40-minute running time, this could really soar.

I don’t feel I wasted my ten dollars by any means. I may not revisit this album for another eleven months, and it won’t supplant The Fab Four’s Hark! in my esteem, but it will certainly be a nice complement. There are some nice tracks here, especially “Merry Christmas Everyone” (a song I was wholly unfamiliar with, it should be admitted), and, setting aside the Beatles covers, A Christmas Tribute to the Beatles is properly festive. 🙂