You might have heard, the East Coast has been blanketed by a massive snow storm since yesterday. As I write this, despite the insistence of my phone that current weather conditions are “Fog,” snow still falls on Pennsylvania. There’s roughly 20 inches of snow on the ground, possibly more.

The office closed yesterday at 3 o’clock. I wouldn’t have made the bet that it would, but it turned out to be the perfect decision, as the snow had begun to fall in Hunt Valley about fifteen minutes earlier. Though it took about half an hour, because of choked roads, to reach the interstate, by ten miles north of Hunt Valley the snow ceased falling and the drive home was pleasant. All that remained was the waiting.

The snow outside York began about 6:30. When I went to bed at 10:30, there couldn’t have been more than half an inch on the ground.

I went and measured on the sidewalk. It was about eleven inches deep.

The shrubbery outside my apartment still poked through the snow. I knew that, soon, it would submerge beneath the snowy surface.

I thought to take a look at the window in the bedroom. My apartment is built into a hill, and I noticed that the snow had piled up against the window. 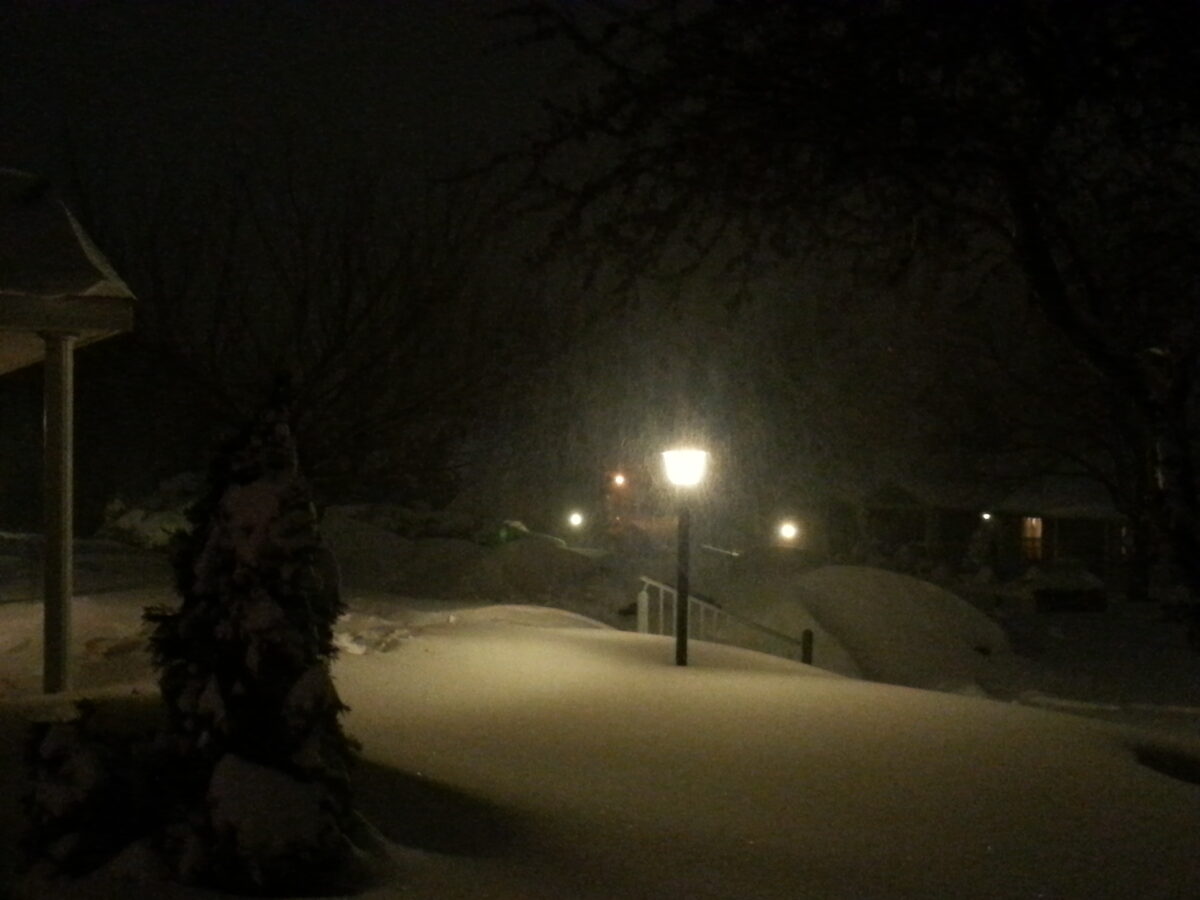 And nary a sign of Mr. Tumnus or the White Witch.

The snow is supposed to cease sometime in the next few hours. Then the digging out can begin in earnest.

The complex’s parking lot was plowed before dawn, but a lot of snow has fallen since then. And while I’ve shoveled my sidewalk a few times in an effort to keep it clear, I haven’t ventured out into the parking lot proper.

Will the office be open on Monday? I have no idea. I know that the city of Baltimore is saying that there are streets that won’t be plowed before Monday. I’m not sure at all about the roads here.