With Batman v Superman: Dawn of Justice out next month, The Atlantic takes a look at Superman’s history and asks whether or not DC Comics and Warner Bros. understand how and why the character works.

It’s not a spoiler to say that the article’s conclusion is that sometimes they do, but that mostly they don’t. The writer, Asher Elbein, points to the various reboots/retoolings that DC has attempted over the years (going back to the Silver Age, then Jack Kirby and Denny O’Neil, then John Byrne, and finally the New 52) that have tried to update the character and make him relevant to the times and the audiences of those times. And the article especially notes the look and feel of Man of Steel and Batman v Superman (which, weird as this may sound, I view as what Superman would be like in the universe of Zack Snyder’s Watchmen; watch Man of Steel as a sequel to Watchmen and it actually works) and criticizes them as missing the point. 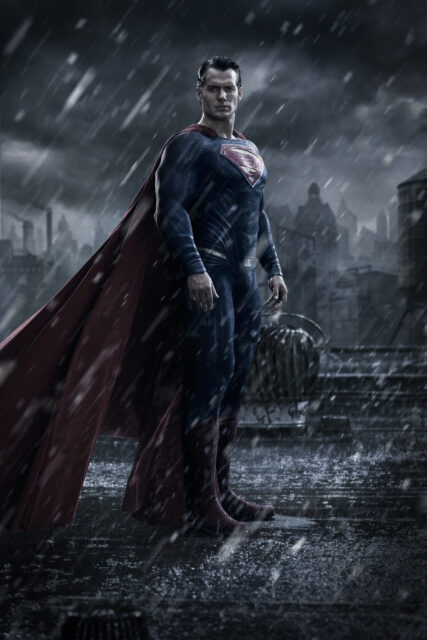 I see where Elbein is coming from. I even agree with much of it. Elbein’s right that Superman’s greatest power is his infinite empathy. He’s not flashy or showy about it. It’s something there, under the surface. He’s a role model because he demonstrates it; he uses his god-like powers for compassion, not malice. (This is why interpretations of the character that play up Superman as an asshole — like Frank Miller in The Dark Knight Returns or the New 52 — don’t sit well with me.)

But where I disagree with Elbein is that I think Man of Steel, the movie, gets this. We see Clark using his powers to help people; it’s Jonathan Kent who advocates that he hide his powers and not help people. Some argue that’s a character assassination on Jonathan, and I see where that’s coming from, especially as someone who loved the post-Crisis relationship between the adult Clark and his parents, but I also see where Jonathan is coming from in the film — Clark is his son, he loves his son, and he doesn’t want people hating or fearing his son because he’s different.

I feel like Batman v Superman will make it clear who Superman is and what drives him. We’re going to see the stark contrast between Superman and Batman, their methods, their worldviews. Batman is a character driven by vengeance and anger and pain. Superman isn’t. I think the contrast with Batman will show audiences that there’s a better way than Batman’s way and remind them why Superman matters.

Because Superman is about hope.

And we need hope in this world.