Listen to The #BeatlesLOVE Podcast (6/6) – celebrating the creative evolution of the show for its 10th anniversary https://t.co/2rKDwJUo2n

A Beatles LOVE podcast? I didn’t know about this.

In April, I wrote about a Beatles Anthology podcast the Beatles released as a companion — or, rather, introduction — to the Anthologies which had been added to various online streaming music services.

And they had done the same for LOVE, on the occasion of the Cirque de Soliel show’s tenth-anniversary. LOVE, for those unaware, is an album of remixed and reworked Beatles songs created as the accompaniment to to Cirque show in Las Vegas. Some songs are radically reworked, taking parts of one part song and adding it to an entirely different song. I know there are Beatles fans who have worked out where all the various parts of the songs on LOVE come from, but I’ve never been interested in playing that game. I’m content with liking and enjoying the album. 🙂

I digress. Anyway, the Tweet led me to the six episodes on Soundcloud. 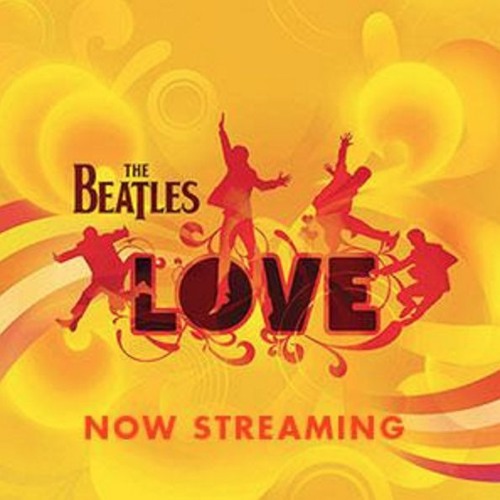 The six episodes, which run a total of about twenty minutes, don’t tell any sort of complete story of the album. It’s told largely through the voices of Olivia Harrision (George Harrison’s widow), George Martin, and his son Giles Martin, with occasional moments from Ringo Starr, Paul McCartney, and Yoko Ono.

The first episode explains how the LOVE show came about. The second episode focuses on the production side of remixing the Beatles’ songs for LOVE, and then the final four episodes look at specific songs, including “Being for the Benefit of Mr. Kite” in episode four, “Octopus’s Garden” in epsiode five, and, in the final episode, “While My Guitar Gently Weeps” (which was the subject of a making-of video I wrote about here).

There’s something quite charming about listening to the Martins, George and Giles, discuss how they put the songs for LOVE together. For George, the songs carry a weight that comes from having worked the control room on them fifty years ago. For Giles, the songs are a technical challenge, a puzzle to take apart and put back together in unexpected ways that reveal surprising truths. Their discussion on “Mr. Kite” is fascinating as they describe the sources for their sound collage that takes from sources as disparate as “Helter Skelter” and “I Want You (She’s So Heavy)” and “Piggies.” There’s not only the sense of responsibility they feel in tackling the Beatles’ music in this way, but there’s also a mutual love between father and son and respect for their producing talents.

The final episode covers much of the same ground as the video The Beatles released two weeks ago. George Martin’s anecdote about the making of LOVE‘s version of “While My Guitar Gently Weeps” is similar to the video, but this podcast also brings Olivia Harrison in to offer her perspective on how the song came about, her misgivings, and ultimately her feelings about it. (Though not said here, had she objected to what George Martin did with the song for LOVE — adding strings to George Harrison’s acoustic version of the song — it would not have been released.)

The podcast series finds the right note to end on. I was moved by it.

As I probably said when I wrote about the Beatles Anthology Podcast, this Beatles LOVE Podcast isn’t essential listening. For those who care about the behind-the-scenes happenings, there’s interesting material here and possibly worth the twenty minutes it takes to listen.