Last night after work I stopped at 5 Below for trivial reasons — I needed a new mouse, I knew they had computer mice for four dollars, and they happened to be more convenient than other retail options. 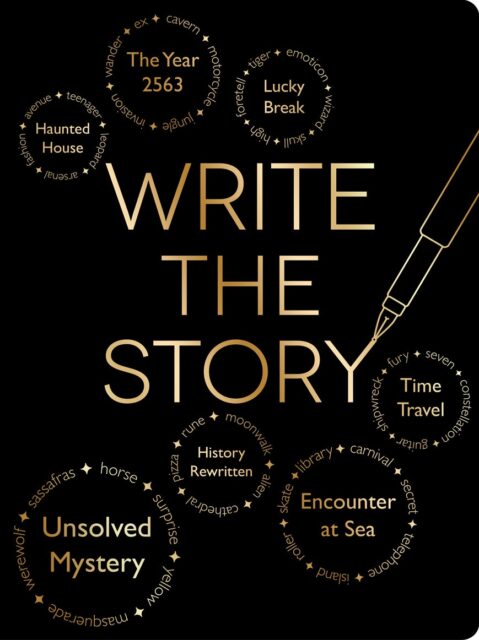 They had Write the Story, a directed writing notebook from Piccadilly, a book I’ve seen at Barnes & Noble.

The book has a writing prompt for a short story and ten words that you’re have to use in that story. It’s a book of writing prompts, essentially, but more focused and, in a way, more challenging. Instead of writing about a thing, you have to write about this thing using these things.

Piccadilly’s website says that “in the end, you’ll have a collection of stories all in one place.” Well, not really, unless these are more sketches than stories; each page might fit two hundred words.

I picked Write the Story up, too. I’m thinking of using it more as a writing exercise than as a writing challenge. Get up, pour my morning coffee, open to a random page, and spend a few minutes jotting some words down. Maybe I’ll come up with an outline that deserves more attention. Maybe that will happen one out of every ten times out. Maybe one in twenty. I don’t know. I’m not expecting to create an anthology of awesome here.

Really, if all it does is to get the brain moving a little faster in the mornings, I’ll consider that a win.

One thought on “Write the Story”