A companion, I suppose, to A Head Full of Dreams, Kaleidoscope comprises five songs that feel like odds and ends the band had around, rather than a proper album. 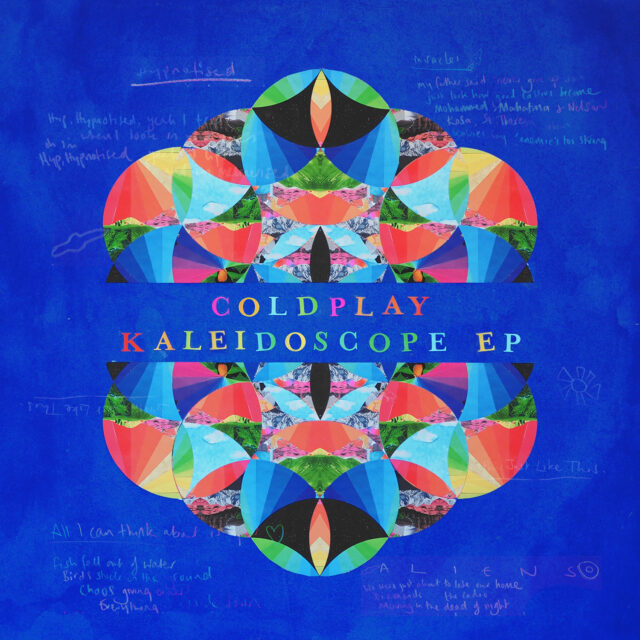 The opening track, “All I Can Think About Is You,” is pretty good, though it seems to have been built from taking “The Scientist” and “Clocks,” both from A Rush of Blood to the Head, putting them in a blender, and seeing what comes out. In some ways, it reminds me of an Elbow track, but sonically it’s very reminiscent of Third Eye Blind’s “Wounded” from the very underrated Blue.

The second track, “Miracles (Someone Special),” a collaboration with Big Sean (which is… who?), does absolutely nothing for me. I didn’t even realize that was a sound clip of Michael J. Fox from Back to the Future; it’s so distorted I thought it was Oprah.

I want to like “A L I E N S,” the song about the refugee crisis. But the approach of the song is all wrong. The song is too upbeat. Compare the song to Elbow’s “The Blanket of Night” from The Take-Off and Landing of Everything which is utterly devastating.

Next up, a live version of “Something Just Like This,” originally released as a collaboration with The Chainsmokers. I’m biased against putting a live track in the middle of studio cuts, so I’m already skeptical. There are things about the song I really like. The lyrics are generally clever, about a guy who doesn’t feel like he’s worthy of the woman he loves, a topic that Elbow handled quite well with “Starlings.” The performance works, even if it highlights how unfinished the song is. (There are two verses and a couple of reprises of the chorus… and that’s about it.) But I don’t like the overall EDM approach Coldplay took with the song. I’m not biased against Coldplay doing EDM; I happen to love “A Sky Full of Stars.” I’m just not sure it’s the right approach here because it feels, to me, like Coldplay layered the song with Hans Zimmer’s Inception BRAAAP! to cover up how much the song is more a fragment than a finished piece. I think I’d have preferred a studio version of the song, different than The Chainsmokers release, that toned down the EDM elements of the song.

Finally, “Hypnotised” is really good. “Hypnotised” is a kind of throwback to vintage Coldplay piano ballads, reminding me a great deal of Coldplay’s version of “Gravity.” Of course I’m going to like that.

So, that’s two tracks out of the five that I feel like are worth my time.

That would be fine if the tracks cohered into some sort of whole, that made the EP greater than the sum of its parts. But it doesn’t cohere. The live track, for instance, really hurts Kaleidoscope there, making the whole effort feel random. I don’t mind listening to Kaleidoscope, but it doesn’t make me feel anything. It’s trying, I can sense that. It wants me to feel something. But it’s not well enough constructed to do that.

I realize I’m an old Luddite. I listen to albums as albums, and Kaleidoscope might work better in pieces in listener generated playlists. In that case, it doesn’t have to cohere; it simply has to exist so fans can slot the songs in where they work for them.

That’s too much work for me, so Kaleidoscope will always remain a Coldplay misfire in my library.