In 1918, a troop ship carrying American soldiers to Europe was torpedoed off the coast of Scotland. Though many were saved from the waters by other ships in the troop convoy, the bodies of nearly 200 soldiers washed ashore on the island of Islay. What ensued was a recovery of the bodies by the island’s residents and military burials. Having no American flag on the island, four women worked overnight to sew one, having only a picture from an encyclopedia to guide them. Eventually, the flag made its way to the United States and the collection of the Smithsonian. Later this year, the flag will be returning to Scotland to mark the centenary of the war’s end.

“Islay’s American flag, hand-sewn on a sorrowful night a century ago and preserved by the Smithsonian for the past century, serves today as a potent reminder of the goodness that can be found in the hearts of ordinary human beings, and inspires them to do extraordinary things in the face of adversity.”

After the war, all the American soldiers, save one, Roy Muncaster, at his family’s request, were repatriated to the United States.

Quite a fascinating — and heartbreaking — story. 🙂 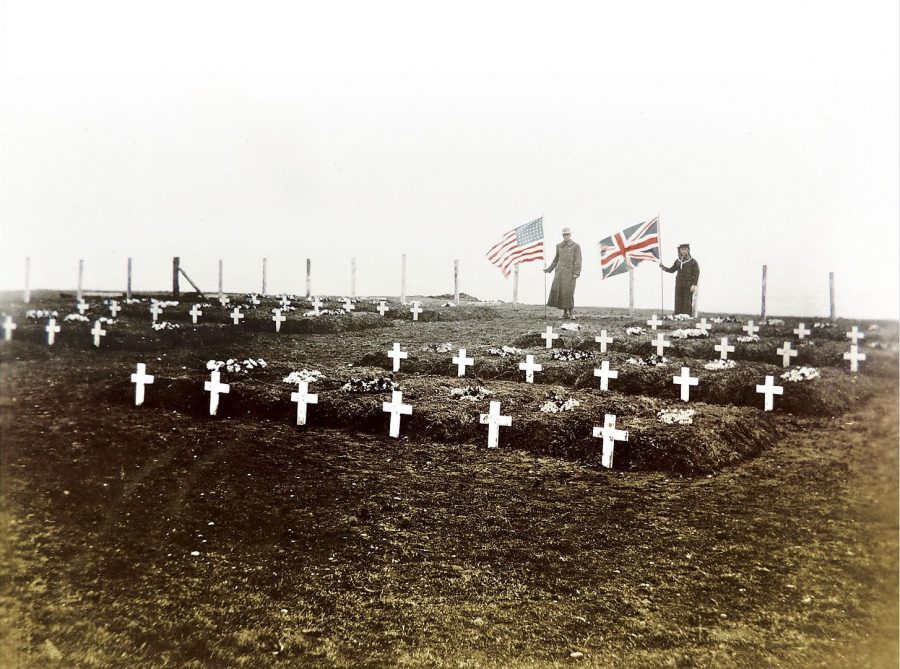