The World Series begins tonight — the Washington Nationals and the Houston Astros. On Friday, Game 3, the World Series returns to the nation’s capital for the first time in eighty-six years.

So does my collection of plush Doctors. And, despite the presence of three Doctors, none of them will tell me who will win this year’s World Series. “Wibbly-wobbly,” says one. “Fixed point in time and space,” says another other. He won’t even take off his fez. The third says he’ll only tell a cabbage, and that seems like a silly thing to go to the store and buy, just so the Doctor will talk to it. 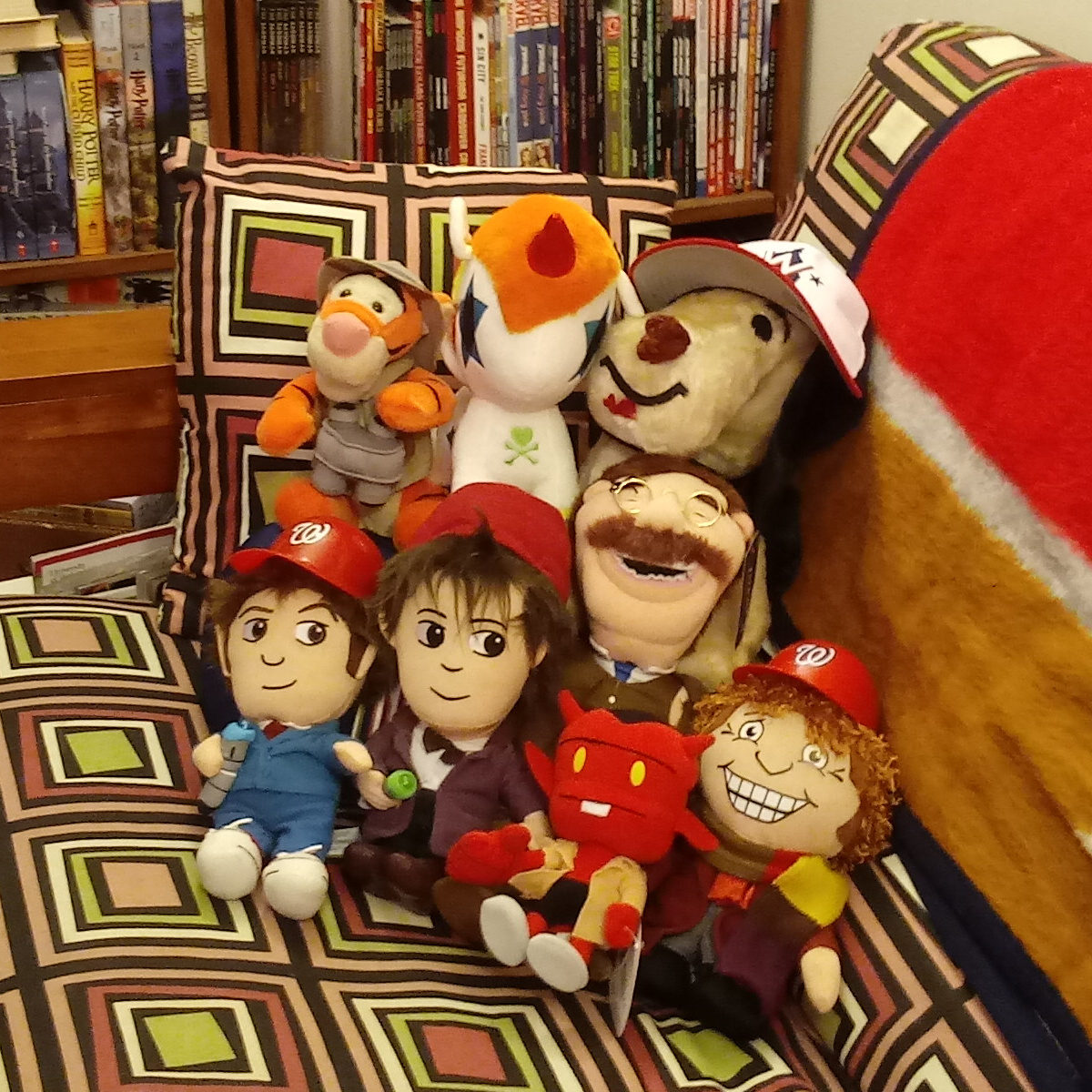 The Nationals have to at least split the first two games in Houston. I think they’re more than capable of doing that. They’ll have a fighting chance.