Wednesday afternoon, domestic insurrectionists, incited by the president in a false belief that the 2020 election was illegitimate, seized the Capitol building in an act of terror and an attempted coup.

I am not ready to write about that yet. I had deadlines to get through this week — especially on Wednesday — and I had to shove my thoughts and feelings on the events in Washington, a city that I love, to the back of my mind in order to get through the day and the week and get my very important work for the comics industry done.

So, instead I’m going to share something I built at work yesterday. 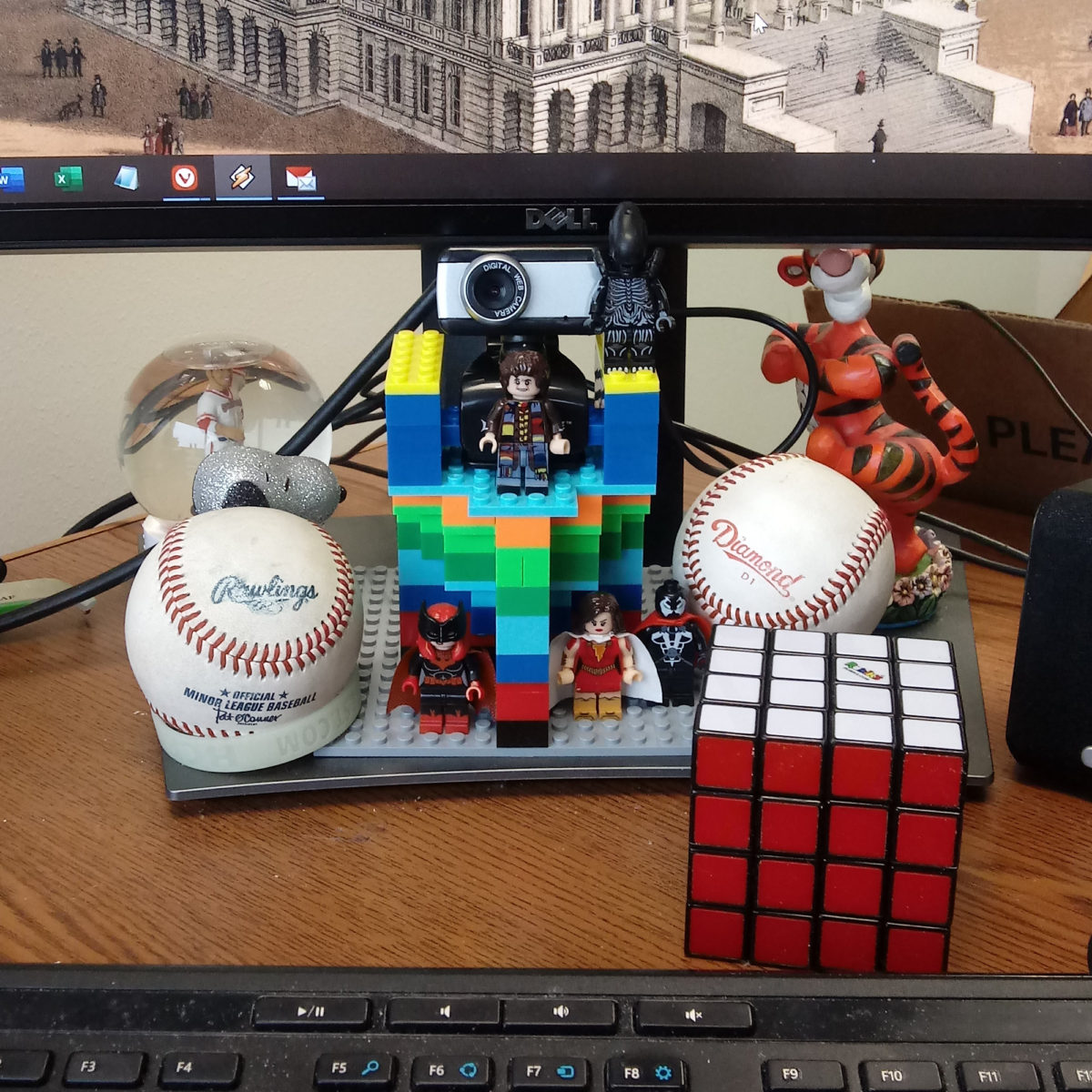 I keep a container of LEGO bricks at the office for situations exactly like this.

I bought a webcam for work at Ollie’s last week. It’s a clip-on camera, but there’s no way to affix it to my curved monitor at the office. So, what to do?

The tower above is the second I built. The first was a rectangular tower on a base, topped by a “mount” — two stacked flat pieces between two anchors — for the camera to clip onto to. But it wasn’t artistic, so I came up with a different design, something that “curved” upward to the mount.

Then I decorated it with some knock-off minifigs I bought at the Fairfax Comic Con in 2019 — a fourth Doctor, an Alien Xenomorph, Mary Marvel, Batwoman, and Spawn. Some affix to the LEGO studs better than others. The Xenomorph carapace likes to pop off.

Still, it’s cool, it works, and the next thing I need is a 12-foot 3.5mm headphone cable extension to hook up the microphone. While my tower is directly underneath the monitor on the desk, the cable hole in the desk is pretty far away.