Because I am not a recipe blogger, I am giving you the recipe first, and after we will discuss.

While boiling two cups of water, mix together cranberry sauce, onions, sour cream, and horseradish in a bowl until well blended.

In a separate bowl (which will be used for your Jell-O salad) dissolve the two packets of JELL-O mix in the boiling water. When dissolved, add a half cup of cold water.

Stir the cranberry mixture into the raspberry Jell-O.

Refrigerate for four hours until set. Stir occasionally the first two hours to keep the mixture from settling. 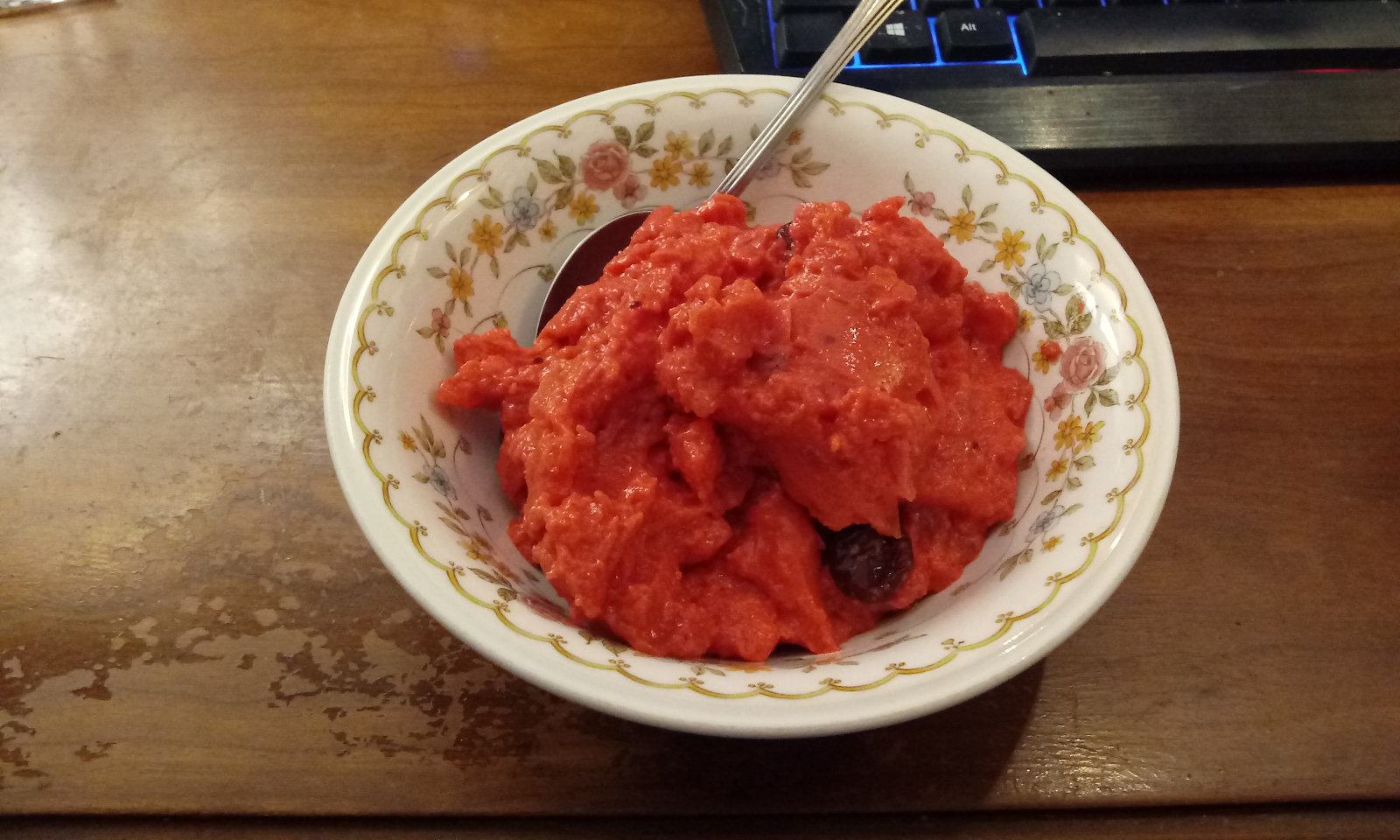 Several friends like to post recipes on Facebook taken from magazines of the 1950s, 1960s, and 1970s, typically taken from ads by food manufacturers trying to make their foods look appealing. There are some truly weird, WTF meals companies tried to invent. Heck, there’s even an entire cookbook devoted to meals built around Franco-American Spaghetti; who doesn’t want a spaghetti-oyster casserole?

One such recipe was posted by my friend Karen last week, a Jell-O recipe that involved tomato sauce and vinegar. The recipe mentioned that horseradish could be added. 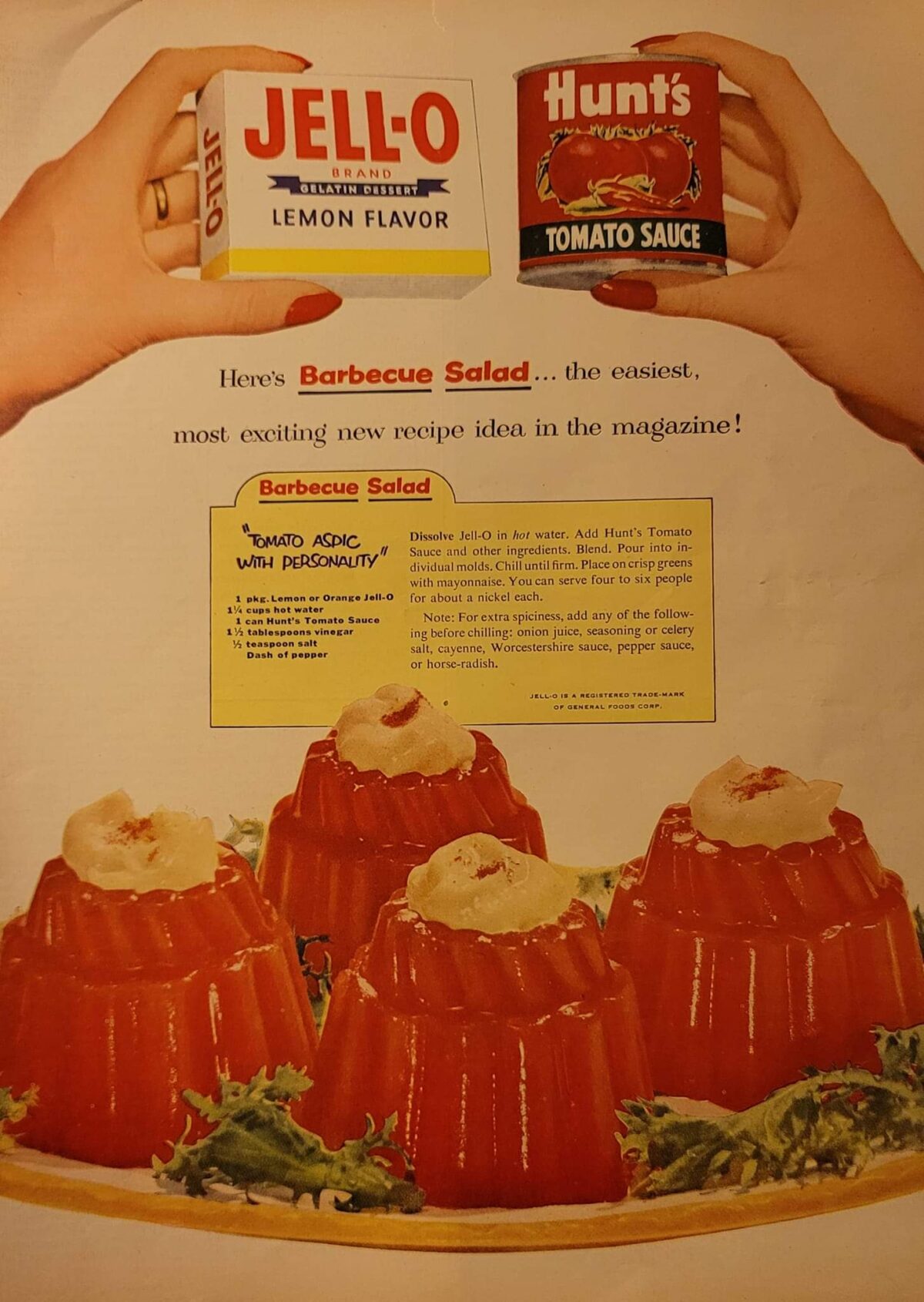 Horseradish? In Jell-O? I had no interest in that recipe, but! If I were to make Jell-O with horseradish, what would I do with that?

If you’re a long-time NPR listener, you’ve probably heard about Mama Stamberg’s Cranberry Relish at least once over the years around Thanksgiving time. (This year’s version of the story involved Susan Stamberg sharing the recipe with members of the Irish alt rock band The Cranberries.) It’s ground cranberries and onion, sour cream, horseradish, and some sugar. It is commonly described as “Pepto-Bismol pink,” and so it is. It is also shockingly good. When I make it, which I did for the first time in 2017, I’ll eat it by itself. Just take a spoon to it and dive right in.

So, that — as a Jell-O salad! And, while the result looks like something out of a Hammer horror film, it is a horseradish and cranberry Jell-O salad, perfect for your Thanksgiving feasts! The sweetness of the Jell-O and the cranberry sauce is nicely counterpointed by the sharpness of the horseradish. All the enjoyment of eating Mama Stamberg’s Cranberry Relish straight from the jar without feeling weird about it! 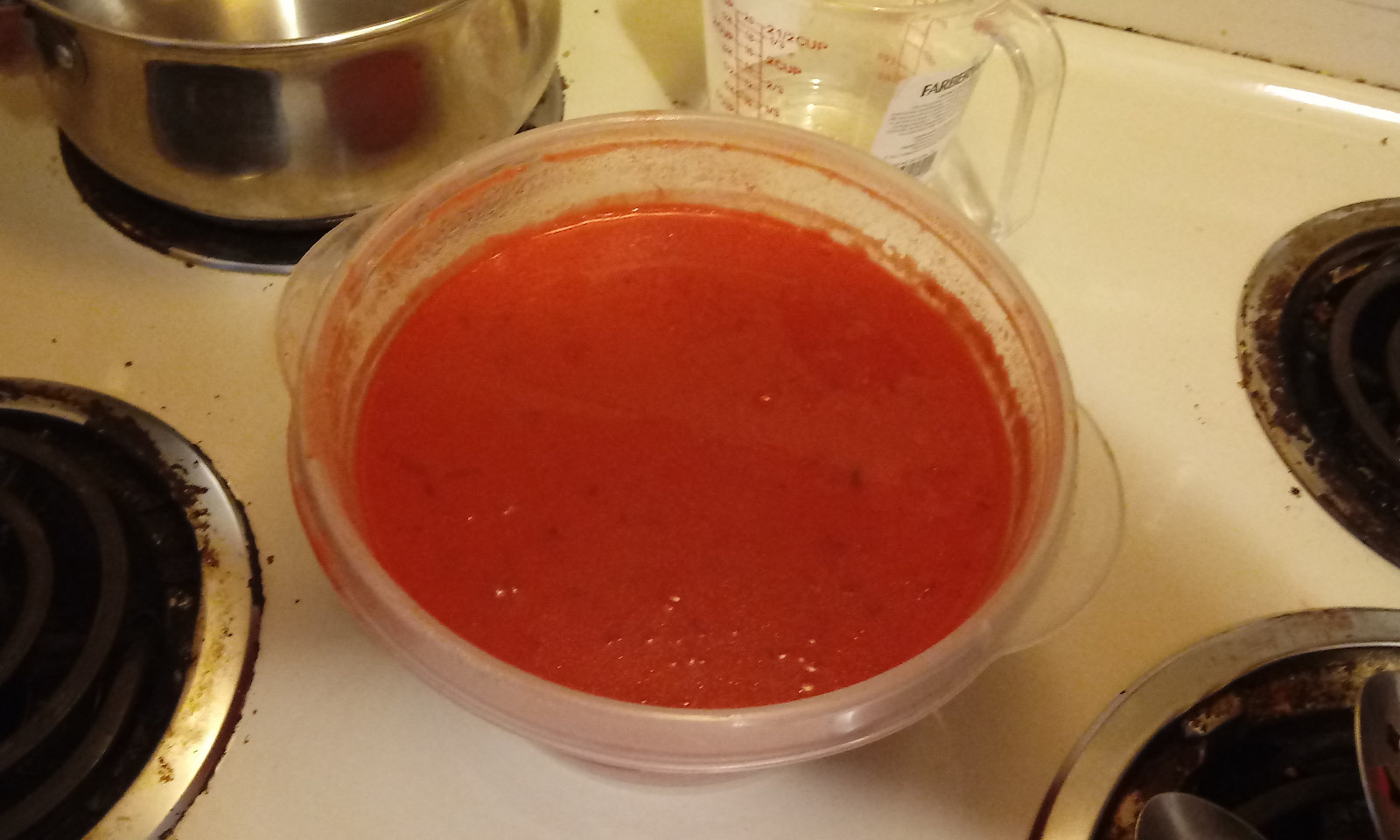 I don’t know that I’ll actually have this with Thanksgiving. I’ll probably stick with my traditional lime Jell-O. But now I have something awesome for Thanksgiving gatherings!