You’re Ireland!
Mystical and rain-soaked, you remain mysterious to many people, and this makes you intriguing.  You also like a good night at the pub, though many are just as worried that you will blow up the pub as drink your beverage of choice.  You’re good with words, remarkably lucky, and know and enjoy at least fifteen ways of eating a potato. You really don’t like snakes.

Take the Country Quiz
at the Blue Pyramid 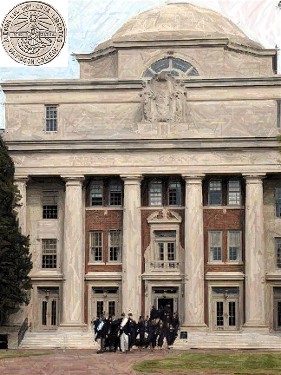 You’re Davidson College!
You love your mama, Jesus, and America too. But rather than finding yourself in free-fall, you’ve been on the rise lately, as people have flocked to see you. Of all the wars that have been fought, you felt the Revolutionary War was most justified. Cherish is a word you use to describe all the feelings you have deep inside. If you were a book, it would be Charlotte’s Web.

Take the University Quiz
at the Blue Pyramid.

You’re the DC Metro!
An admirer of waffles and anything else that can come out of a waffle iron, you have capital taste. You’re considered to be rather controlling and even downright bossy, but it’s the natural result of having a tremendous amount of pressure and expectation in your life. You still never manage to blow off steam, though, which probably increases the pressure. Even though she left you, you still try to get back together with Virginia.

Take the Trains and Railroads Quiz
at RMI Miniature Railroads.