Hard to believe we’re a month away from Farpoint.

Farpoint is a convention held annually outside Baltimore in mid-February, usually right around Valentine’s Day. This year will be my eleventh Farpoint; I’ve been attending since 2006.

The headlining guests this year are novelist David Gerrold (writer of Star Trek‘s “The Trouble with Tribbles”), Sean Maher (Dr. Simon Tam from Firefly), and John Morton (Dak from The Empire Strikes Back).

Plus, there’s a whole mess of author guests (myself included), New Media guests, and much more to be seen over the weekend. 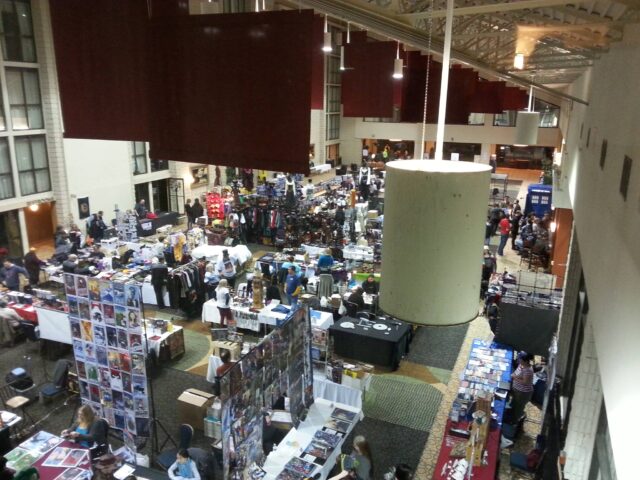 Farpoint is a nice, relaxing convention. Falling in the middle of winter as it does, it’s a nice time when friends come together and hang out for the weekend. And there’s always something to do or someone to talk to. Farpoint, if you’ve never been, is full of friends you haven’t met yet.

I’m looking forward to the convention next month.

I’m especially looking forward to meeting David Gerrold. I’ll have to pull together some of the Gerrold books in my collection to get them autographed — The World of Star Trek, The Trouble with Tribbles (his book on the making of the episode), Worlds of Wonder (his book on writing science fiction), The Martian Child (his award-winning novella about the adoption of his son), and maybe one or two more. I wouldn’t want to be greedy.

If you’re looking for something to do in February, come to Farpoint. I’m sure to see you there!