The author Frank Delaney has died. He suffered a stroke at his home in Connecticut on Tuesday, and he died on Wednesday. He was 74.

Delaney was an occasional guest on Scott Simon’s Weekend Edition Saturday, and that was where I first encountered him. Fifteen-ish years ago — ah, I’ve looked, it was merely twelve — he was on Weekend Edition talking about his latest novel, Ireland. Intrigued by the segment and enchanted by Delaney’s way with words, his eloquence and his elocution, I bought the book at the Barnes & Noble in Cary, almost certainly one night after closing at EB.

On Counting Down the Days to Bloomsday

This Saturday, June the 16th, is Bloomsday. A date on which the events of James Joyce’s novel, Ulysses, are celebrated. On June 16, 1904, Stephen Dedalus and Leopold Bloom wander separately and together through the streets of Dublin, and through them the reader explores the richness of life. This year’s…

Five years later, Delaney started a podcast on James Joyce’s Ulysses — “Re: Joyce.” Once a week, for five minutes, Delaney would talk about a sentence or two of Joyce’s novel, unpacking the references, explaining the context and the background. Delaney didn’t lecture at his listener. He was a warm-hearted friend, inviting you into his world and, with the enthusiasm of someone less than half his age, excitedly telling you about everything you never knew about Ulysses, English literature, early 20th-century Dublin, and so on and so forth. No reference was too obscure for Delaney, no off-color pun went unremarked. As the years wore on, the five minute podcast grew to ten, and the ten minute podcast grew to twenty. Delaney’s enthusiasm never flagged. Sometimes he would mention that, after finishing Ulysses, he would turn his attention to Finnegans Wake. Fifty years he thought that would take him. He said it with such confidence and verve that I believed he would do it.

I would be lying if I said I discovered the podcast then, as I did not. It wasn’t until close to the first anniversary that I was aware of it. A few weeks later, Scott Simon brought Delaney on Weekend Edition to talk about Re: Joyce. Delaney had been at it a year, and he had only just finished the first chapter, set at the Martello Tower on Sandymount, where Buck Mulligan and Stephen Dedalus have just woken and had breakfast. 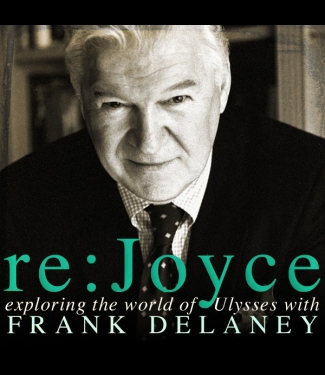 Delaney published, about that time, a Kindle Single titled Undead, about Bram Stoker and the writing of Dracula. (Note: Undead is non-fiction, a long-ish essay, really.) It was one of the first ebooks I bought from Amazon, and as I read it, I could “hear” Delaney’s Irish lilted voice in my head, thanks, no doubt, to listening to Re: Joyce, and it felt as though he were reading the book aloud to me personally. (If you’re a Dracula fan, I quite recommend Undead as it goes into Stoker’s personal history and the influences on the book.)

Delaney emailed me about two years ago. Maintaining a website and a podcast (one that now has almost 400 episodes, if I have my maths correct) costs money, and Delaney would mention, from time to time, that he was taking donations via PayPal. I would think, “Yes, I should do that, I should make a pledge of support,” and then the thought would pass, and one particular day, my inner voice said, “If you’re going to do it, then do it,” and so I went to Delaney’s website and made a small financial contribution. About two months later, I received an email from Delaney himself. He wanted to thank me personally for making a contribution, he appreciated that I recommended the podcast to people on Twitter from time to time, and he remembered that I had written a blog post about Re: Joyce back when I started listening and he wanted to thank me for that, too. In short, he wanted to thank me for spreading the word about his project and for being a fan.

I learned of Delaney’s death this morning via Twitter, thanks to a tweet from Scott Simon. It was incoherent, uncharacteristic of Scott, but the prominence of the word “devastated” was enough. I wonder if Scott Simon will do a segment on his friend, Frank Delaney, this Saturday morning.

I never met Delaney, I’ve only read two of his works (Ireland and Undead), yet I’ve had his voice in my ears for so long and for so many hours that this morning felt as though I, too, had lost a dear and cherished friend.

Raise a glass to one of Ireland’s finest writers.