For those who don’t know what I’m talking about and haven’t read vearious articles about it (like NPR‘s or Slate‘s), PLSDSP is an album that retells the story of Star Wars using the music of The Beatles’ Sgt Pepper’s Lonely Hearts Club Band. The Lennon-McCartney and Harrison lyrics are rewritten and replaced with lyrics that tell the story of various scenes from the original Star Wars, and the instrumentals are recreated to the point of getting many of the nuances of the original Beatles recording right. PLSDSP is a remarkable salute to Sgt Pepper on the occasion of its 50th-anniversary and Star Wars on the occasion of its 40th. I marvel at the artistry. 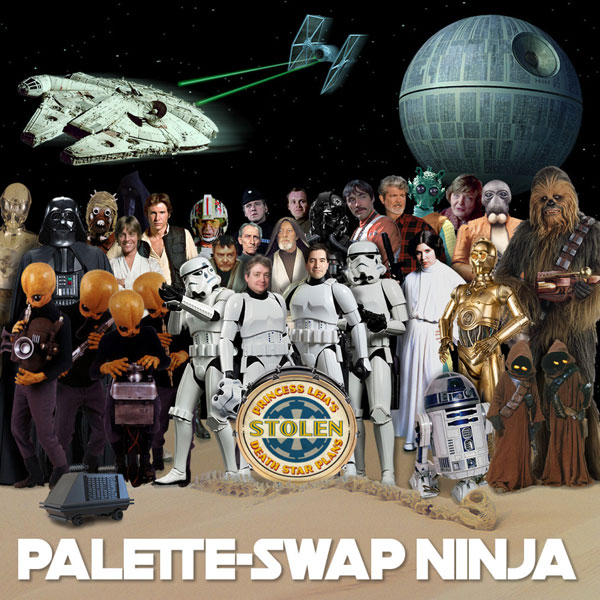 But PLSDSP is a tribute to Sgt Pepper that also completely misunderstands Sgt Pepper.

Pepper is often called a “concept album.” Many words have been written, many gallons of ink spilled, many pixels illuminated, over the last fifty years about Pepper as a concept album. The thing is, Pepper isn’t a concept album at all. Except for three songs, out of the thirteen, there’s no common theme, and there’s no narrative throughline at all. Pepper began as an album with a loose theme about Liverpool (hence, “Strawberry Fields Forever” and “Penny Lane,” which were released separately), and the released album has a loose concept of a vaudevill troupe (the title track and “With a Little Help From My Friends” and the reprise), but beyond that there’s ten more completely unrelated songs. The Abbey Road medley coheres more than Sgt Pepper.

I’m not saying that Pepper isn’t an amazing, incredible album. It is. (Personally, I put Revolver ahead of it in the Beatles canon, but I see the point of those who put Pepper first.) But it doesn’t tell a story, it’s not built around a central idea, not in the way that, say, The Who’s Tommy was. Hell, The Who Sell Out has more of a central theme and stronger concept (pirate radio) than Sgt Pepper does.

And this is how Princess Leia’s Stolen Death Star Plans misunderstands Sgt Pepper — it rewrites the music to tell a story and frequently trivializes the original music in the process. Casting Darth Vader in Ringo’s cheerful voice is profoundly disturbing, and the tragedy of “She’s Leaving Home” is twisted into a song about a whiny, emo Luke Skywalker. “A Day in the Life of Red Five” seems especially misguided; in telling the story of Luke’s Death Star run, the song is focused on a singular character in a way that the Beatles’ original “A Day in the Life” is not, and in making the “Woke up…” section of the song simply a part of Luke’s story the song loses Paul’s jaunty counterpoint to John’s fatalism. The Star Wars lyrics are frequently tonal mismatches with underlying Beatles music, creating a muddled emotional tableau.

In paying tribute to Sgt Pepper, I feel that the musicians behind PLSDSP bought into the mythology of Sgt Pepper rather than the reality of Pepper. PLSDSP is essentially a well-produced filk album, and the result is a piece of work that is clever but ultimately dissatisfying.

I applaud the musicians for spending the time and energy on this project. It’s very well done. But Princess Leia’s Stolen Death Star Plans doesn’t work for me at all.

One thought on “An Unsatisfying Star Wars Salute to the Beatles”