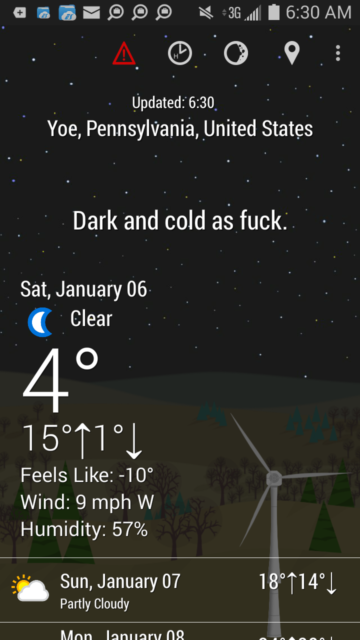 The cold snap, which has seen temperatures below zero and wind chills well below zero, should end in the next few days. It won’t be warm, but we’ll at least see the thirties again.

On an unspeakably cold day like today, you need something warm to eat, and for that I turned to Grape Nuts.

When I was a child, my dad would make “cooked Grape Nuts” for breakfast. I don’t know what recipe he used, but when I bought two boxes at the grocery store last month (there was a sale) I mashed together a recipe that worked for me:

Heat it until the Grape Nuts are soft and the milk has turned to a thick sauce.

I’ve experimented with that recipe. When I had some egg nog in the apartment, I used the nog instead of the milk. (I’m always surprised at how expensive egg nog is — 6 dollars for a half-gallon? Suffice it to say, I don’t buy egg nog all that often.) Sometimes I’ve added peanut butter.

On a day like today, when it’s particularly cold and I’m feeling particularly decadent, I’ll add hot chocolate mix on top of the peanut butter.