As some people know, I like to visit cemeteries. And when I visit cemeteries, I tend to take pictures of headstones and the cemetery itself, even if I have no familial reason to. I’ve visited Dallastown’s cemeteries many times, I’ve taken many photos, and I’m related to absolutely no one.

I have a particular fondness for Congressional Cemetery in Washington, DC, which I last visited in September. I like the history there but, more importantly, one of my ancestors is buried there, and my great-grandfather’s aunt, siblings, and in-laws are likewise buried there. (The blog post on my September visit goes into some detail about who’s there and where.)

This is a photo from my September visit:

This is the gravesite of Edward Hawk, Civil War veteran, and Ella Gardner, older half-sister of my great-grandfather Allyn. I went looking for it in September because, while I knew it was there, I’d never gone looking for it.

At least, that’s what I thought. 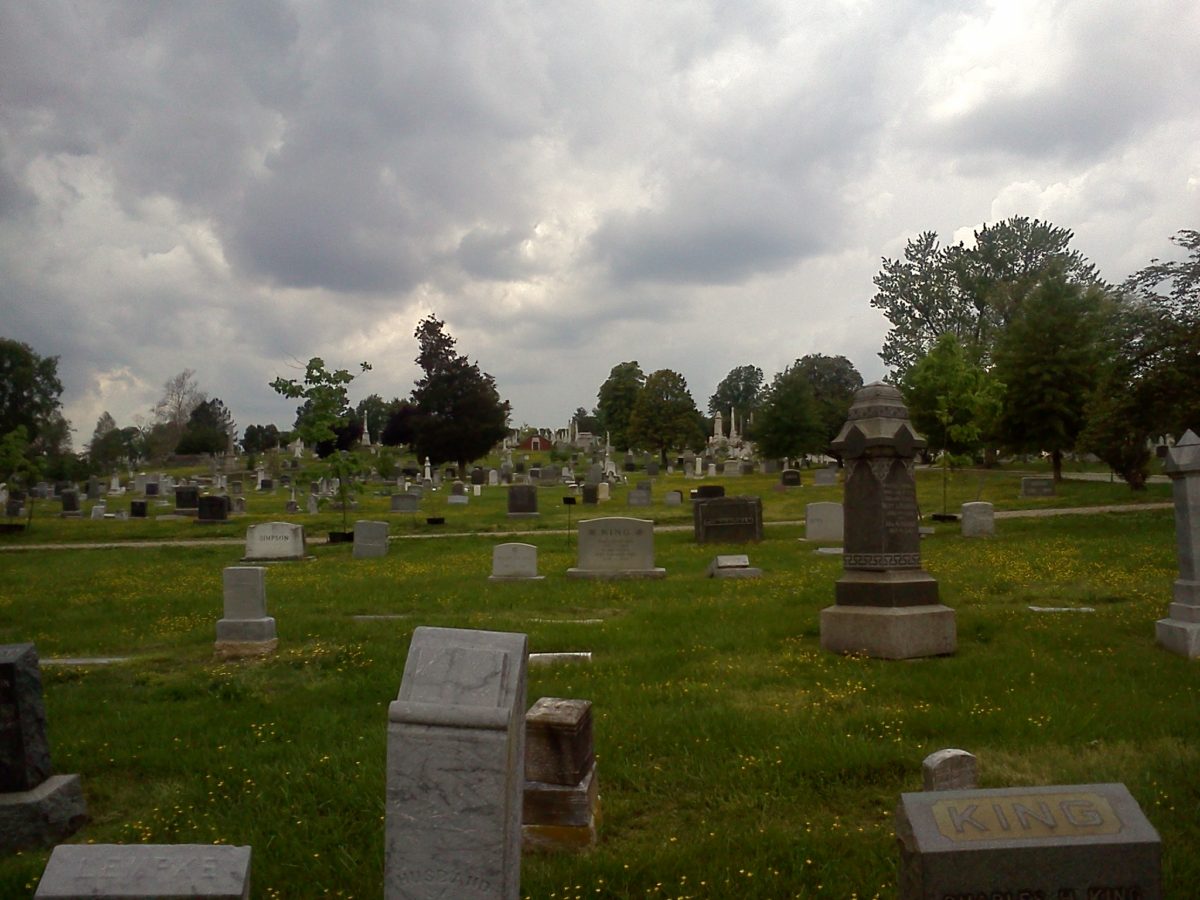 This picture was taken about five feet from where Edward and Ella are buried. The tall, black, angled monument is the same. There’s the same headstone that reads “King” at the top. Edward and Ella would have been about four feet to my left and about three feet behind me.

Here’s another photo from May 2013, taken about a minute earlier: 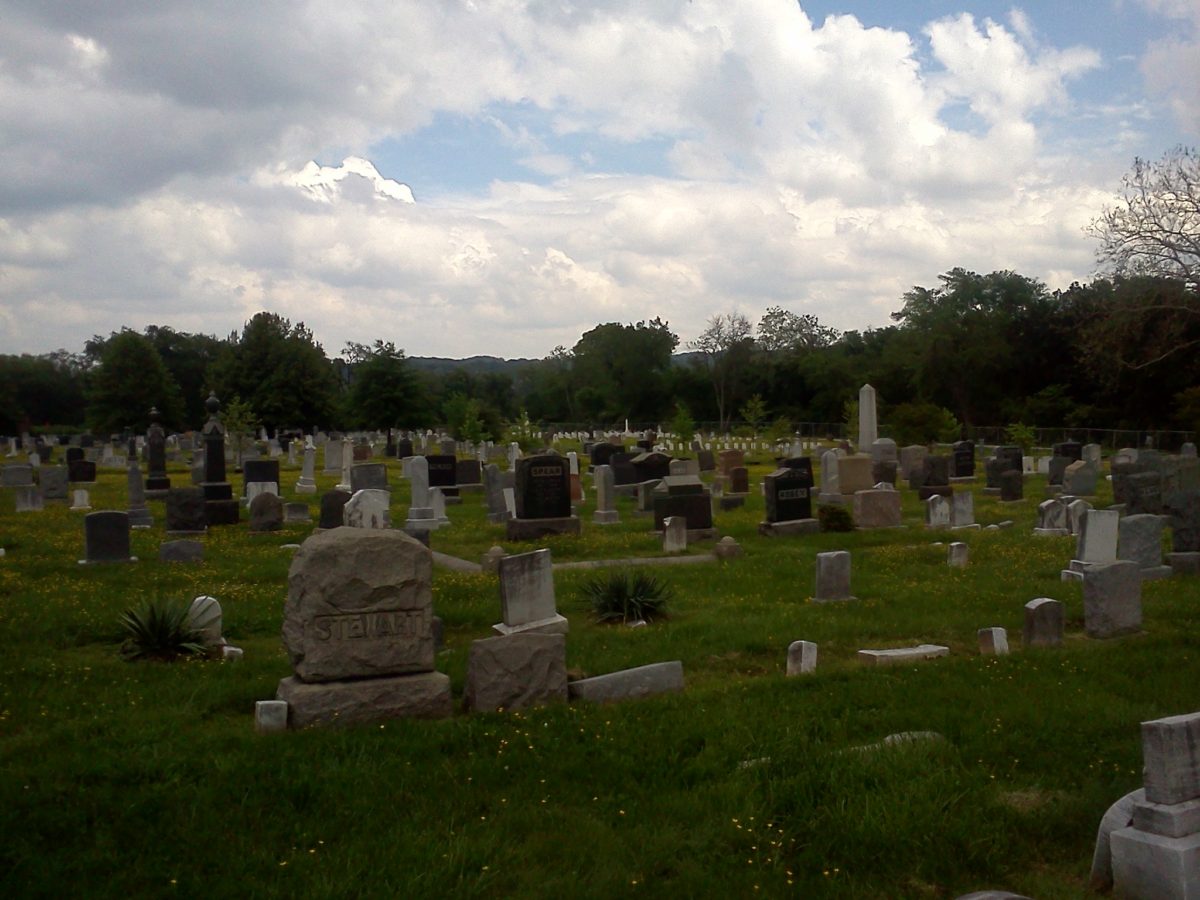 The broken headstone at the right? That’s the broken Lusby headstone in the picture at top. Samuel and Clara Lusby are buried there, into the picture. Ella is buried on the backside of that headstone, out of the picture.

In short, I had gone looking for Edward and Ella Hawk five years ago, and if I’d bothered to look down, at Edward’s small headstone, I’d have recognized that fact and undoubtedly remembered that I’d gone looking for them.

I was standing right fucking there, and I didn’t see them.

There’s another relation in the second picture in this piece, though at this resolution you probably can’t see it. There’s a red brick burial chamber near the center but toward the left. Below it, you can see two identical-ish black headstones standing next to each other. The one on the right is the headstone of Thomas Hardy, my great-grandfather Allyn’s half-brother, though I wouldn’t have known at the time. (I knew that Allyn Gardner had a half-brother named Thomas Hardy. I did not know where Thomas Hardy was buried.)

Here’s a photo of it from March 2017, showing the adjacent headstones and the burial chamber: 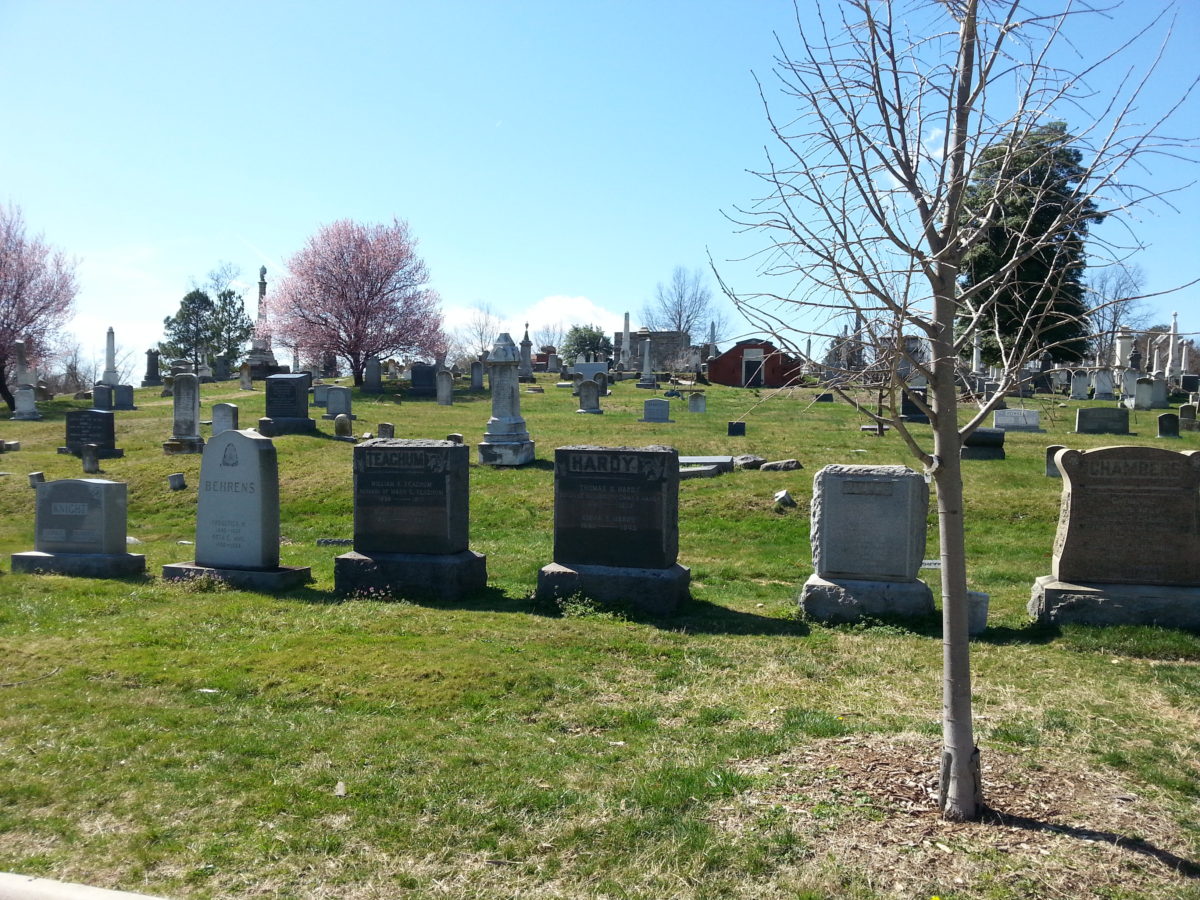 If there’s a lesson in this, it’s that I need to pause, look around more, and think about what I’m seeing.