I had never seen a baseball game end on a mercy rule before.

After work last night, I drove down to Calvert Hall to see the Putty Hill Panthers take on the Baltimore Rays. These are teams in the Maryland Collegiate Baseball League. I discovered their games by accident last year when I found a baseball outside Carlo Crispino Stadium, and when the Baltimore Redbirds of the Cal Ripken League aren’t playing at Calvert Hall (and this week, they’re not as they’ve been on a road trip of sorts) there might be a Maryland game there. I don’t really have anything to do in the evenings, and these baseball games are free, so why not take advantage of them? I have no rooting interest, I’ve never heard of any of these college players, and I can have a nice evening of baseball.

The feel of a Maryland game is a little different than the feel of a Cal Ripken game. Two umpires instead of three. No PA announcer. No scoreboard. No walkup music. Keeping score, especially with my idiosyncratic system, is especially difficult; it requires paying attention and coming prepared. (IE., print out the team rosters at the office, then try to match up players against their uniform numbers.) The crowds, too, are small; for this game, there were about fifteen people in the stands. There were more people suited up in each of the dugouts.

But the game is the same.

Until, of course, the game ended after the fifth inning with a mercy rule.

I found the game’s box score, at least part of it, and you can see the game got out of hand quickly with the Panthers scoring four runs in the first, seven in the third, five in the fourth, and four in the fifth. And that’s where the game ended, after the fifth, with the teams lining up and shaking hands. Yet, the box score continues on to the ninth.

Putty Hill had the bases loaded so many times. There were runs walked in. There were runs driven in on a hit-by-pitch. There was one grand slam. There was another bases loaded hit that missed being a grand slam by about three feet and drove in three runs. (Those were, by the way, the last of the runs scored.) In short, the Panthers simply overwhelmed the Rays’ pitching, scoring early and often, never letting up on the gas. 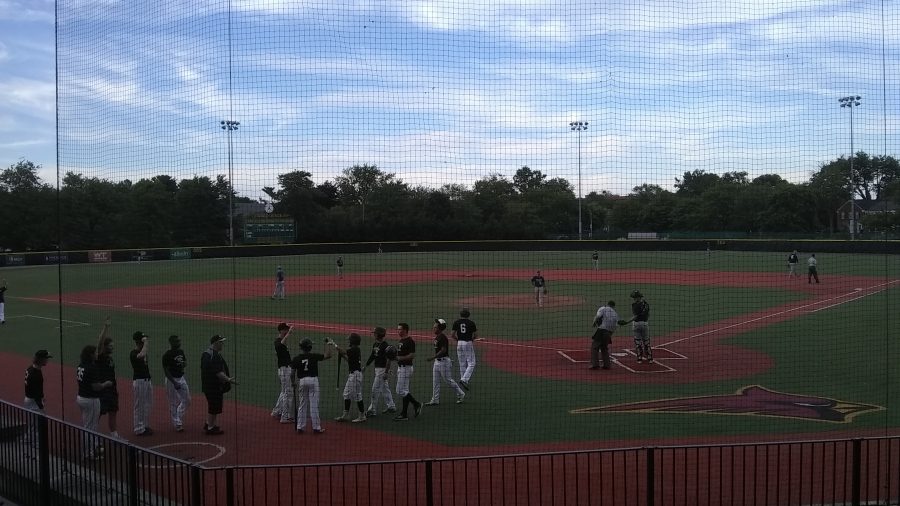 I didn’t quite grok what was happening as the game ended. For one thing, I had different run totals in my scorebook; I only had six runs in the third inning, for instance. For another, I had no idea the league had a mercy rule. But, no, the game really was over, and it wasn’t even 7:45 yet.

There’s a Red Robin across the street, and I decided to have dinner there. A treat, you might say.

A nice outing was had. I even found a game used baseball out in the grass. 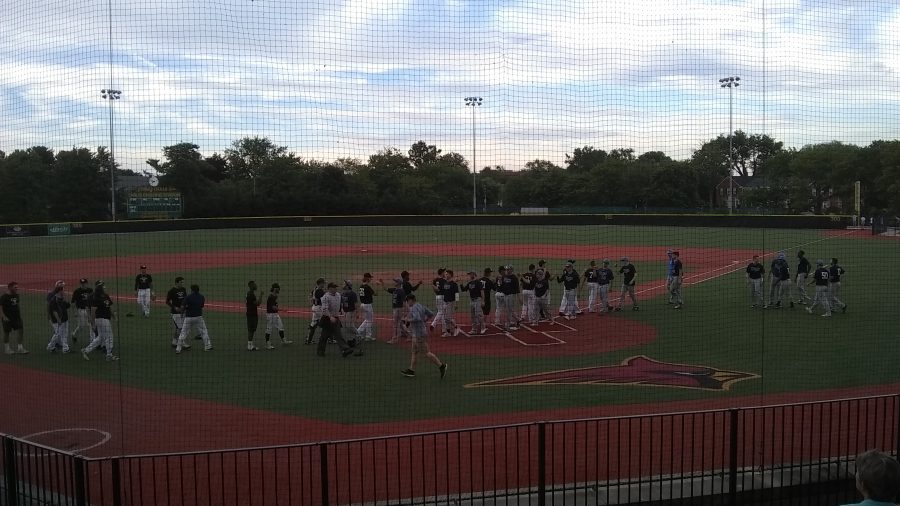