Yesterday IDW Publishing announced their next Star Trek comic book crossover, Star Trek vs. Transformers. And, for a fun twist, it’s a crossover that uses the style and characters of Star Trek: The Animated Series, melding the Filmation Star Trek look of the 1970s with the Sunbow Animation Transformers look of the 1980s.

According to the io9 article, “The series will begin in the Star Trek universe, when the U.S.S. Enterprise answers a distress call on the edge of Klingon space, only to find a dilithium mine under attack from 20th century-era jets and helicopters. When a certain red truck shows up to lend a hand, however, Kirk and the crew discover that there’s more than meets the eye to their new vehicular friends and foes.” The series will be written by John Barber (IDW’s Transformers comics) and Mike Johnson (IDW’s Star Trek comics) and illustrated by Philip Murphy, and it will run four issues. Looking at the complete diptych of covers A and B (shown in the post header), there’s a part of me that really wants Alan Dean Foster to write Star Trek Log Eleven, novelizing this story.

Just thinking about Star Trek vs. Transformers, I’m grinning like a little kid. I have no idea what will happen in the story — though I hope for Starscream acting like an opportunist with his Klingon allies, Dinobots, and appearances by Unicron (since Unicron voice actor Orson Welles also did the voice-over for the Star Trek: The Motion Picture trailer) and Galvatron (since Leonard Nimoy voiced the Decepticon leader in Transformers: The Movie) — but that’s almost beside the point. There are going to be Transformers sharing the page with Kirk, Spock, Arex, and all the rest of the animated crew. (Plus, I hadn’t realized quite how hot M’Ress was.) Captain Kirk is going to find strange new life and strange new civilizations. Optimus Prime will say something like, “Autobots, warp out!” And that’s something for the kid in all of us. 🙂 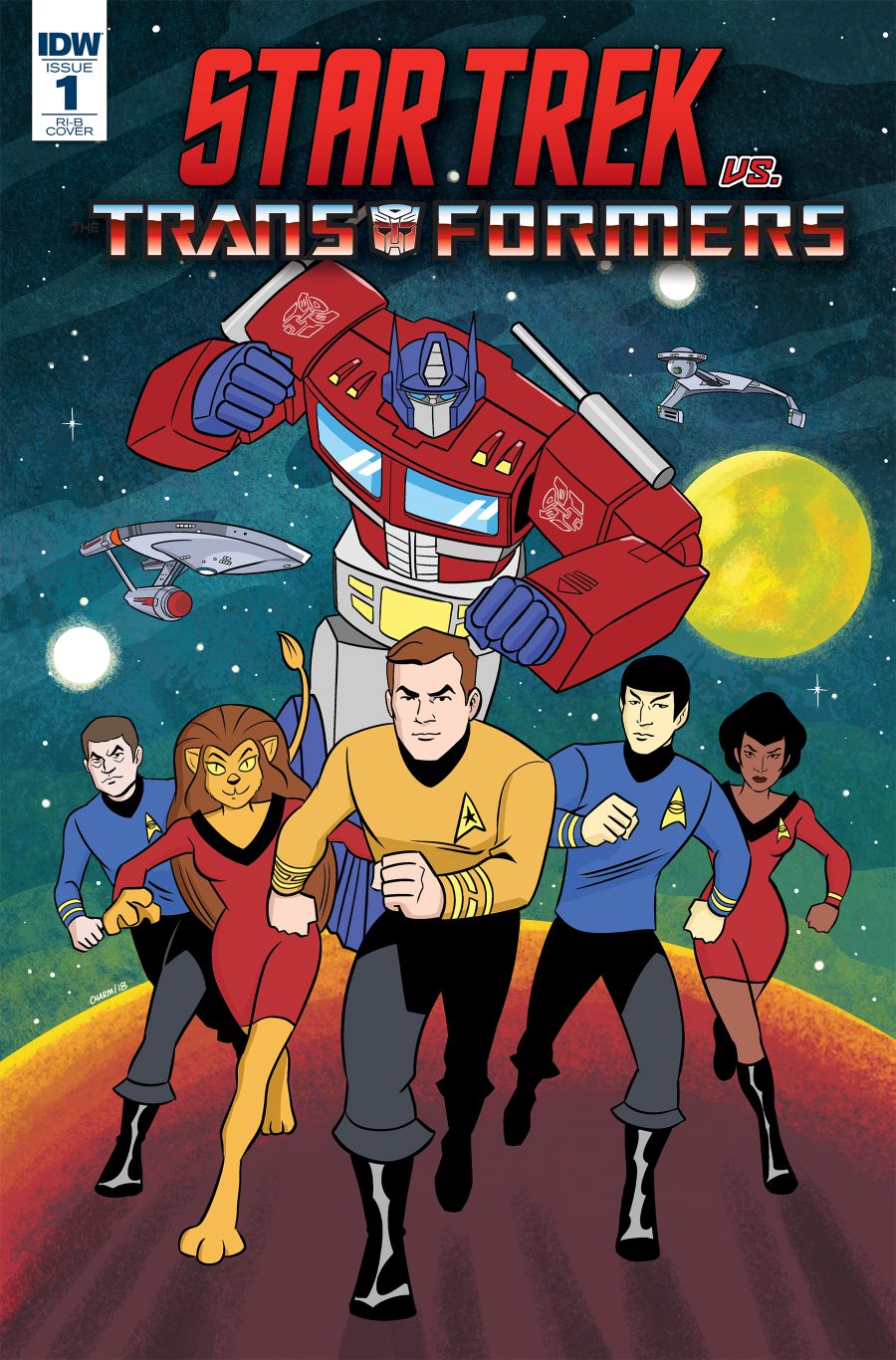