On December 6, 1917, two ships collided in Halifax, Nova Scotia’s harbor. One of the ships, the Mont-Blanc, carrying munitions en route to Europe, caught fire and, shortly after 9 o’clock local time, the cargo exploded, laying waste to the city and surrounding communities, killing (officially) two thousand and injuring nearly 10,000 more, in what’s judged to be the largest manmade explosion to that time. To mark the centennary of what’s now known as the Halifax Explosion, Quarter Castle Publishing commissioned an anthology of eleven short stories from Nova Scotian authors, The Coldest December. 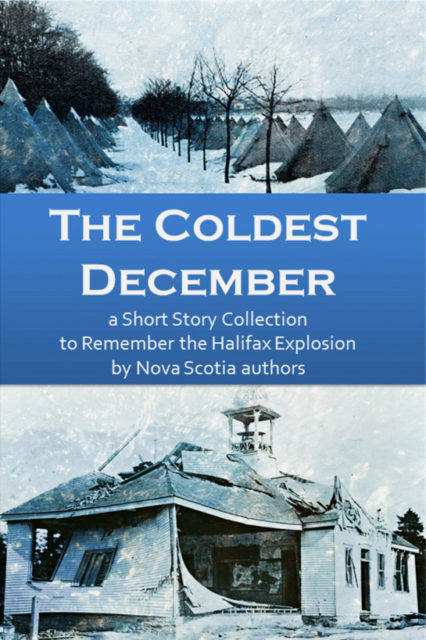 There’s some interesting material here. “Silenced Memories” is a slight mind-bender about a man suffering from PTSD stemming from the explosion. “The Whispers of Words” is about a man in his eighties who discovers some artifacts of his long-dead father’s which reveal a family history in Halifax he never knew. “The Ring” is the only overtly supernatural story, featuring a present-day widow who keeps dreaming of a woman who survived the explosion. “Neighbours,” though obvious where it’s heading, is a nice tale of confronting anti-German prejudices during World War I. And Annemarie Hartnett’s “Big Ramblin’ Mike” may be the best of the bunch, a compelling tale of a retired boxer who, despite losing his wife and children in the explosion, opens up his stove shop to strangers for shelter.

But there’s also a lot of sameyness. The stories, even the stories framed in a future after the explosion, generally follow the same template: person living their life blissfully, explosion occurs, person suffers a loss because of it (loss of vision, loss of children or partner, loss of home). I could imagine stories told from the perspective of Canadian soldiers on the Western Front who learn about the explosion and react with concern for their loved ones. The anthology lacks in stories that deal with the aftermath beyond the first night, such as the severe winter weather, and also lacks stories about the native and black communities around Halifax which, if memory serves, were affected by the explosion.

In general, there’s a superficiality to the stories. No story evokes a sense of another time and place, reading some of the stories you’d think that December 6th was a pleasant summer day, reading others you’d have no idea that World War I was occurring, and nothing really feels like it’s describing life and events of a century ago. The book would have benefitted from a map of Halifax and environs; from reading this book, I couldn’t tell you a thing about the city. I kept thinking of Stan Lee’s ethos that “every issue is someone’s first issue”; editorial notes to make the stories accessible to a newcomer kept forming in my head: “Explain this. Expand on this. Paint a picture.” These stories assume readers are already familiar with the city and the events and do little to help the reader. If this were the first place you encountered the events of the Halifax Explosion, you’d come away from the book knowing very little about it.

Fundamentally, The Coldest December is an anthology by local authors, on a local matter, written to be read by local readers. That’s disappointing, because this book could have been quite a bit more.