You haven’t lived until you’ve digitally clipped mid-19th-century cursive from a scan of a faded and dirty print.

This is B.F. Smith’s landscape of Washington, showing projected improvements in the capital city — the Washington Monument, a stone bridge across the Washington City Canal — from 1852. I found this on the Library of Congress website, and I was working with it over the weekend in an effort to clean it up and bring the color out. 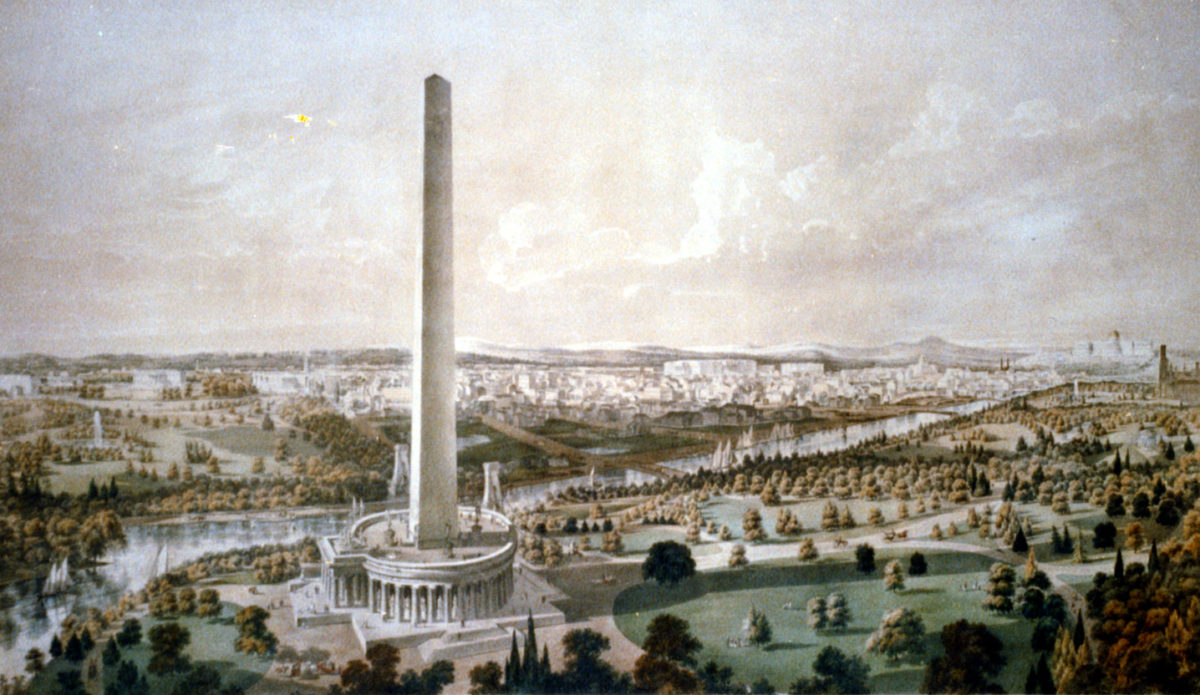 As I discussed over the summer, the Washington Monument never existed in that form — that’s the original design, but the ground was too soft to support that base, and the Monument was plagued by money problems and terrorism throughout the 19th-century. (An anti-Catholic league vandalized the site shortly after construction began, which is why construction work halted for twenty years and there’s a noticeable line in the obelisk today because the stone from the resumption doesn’t match.)

I don’t believe that stone bridge at the Washington Monument was ever built.

The City Canal looks so serene — boats sailing on the canal! — but it was kinda useless. It overflowed its banks when the tides came in, it wasn’t particularly deep, people had a habit of falling in and drowning, and it was basically an open sewer and stunk. The J. Edgar Hoover building is built on the canal’s fill dirt, which is why it’s sinking.

It’s not really visible at this scale, but the twin spires of James Renwick’s Trinity Episcopal are at the foot of Capitol Hill to the left.

Nonetheless, it’s a nice image, astronomical faults and all.