Is there anything sadder than a shattered watermelon in a grocery store parking lot? 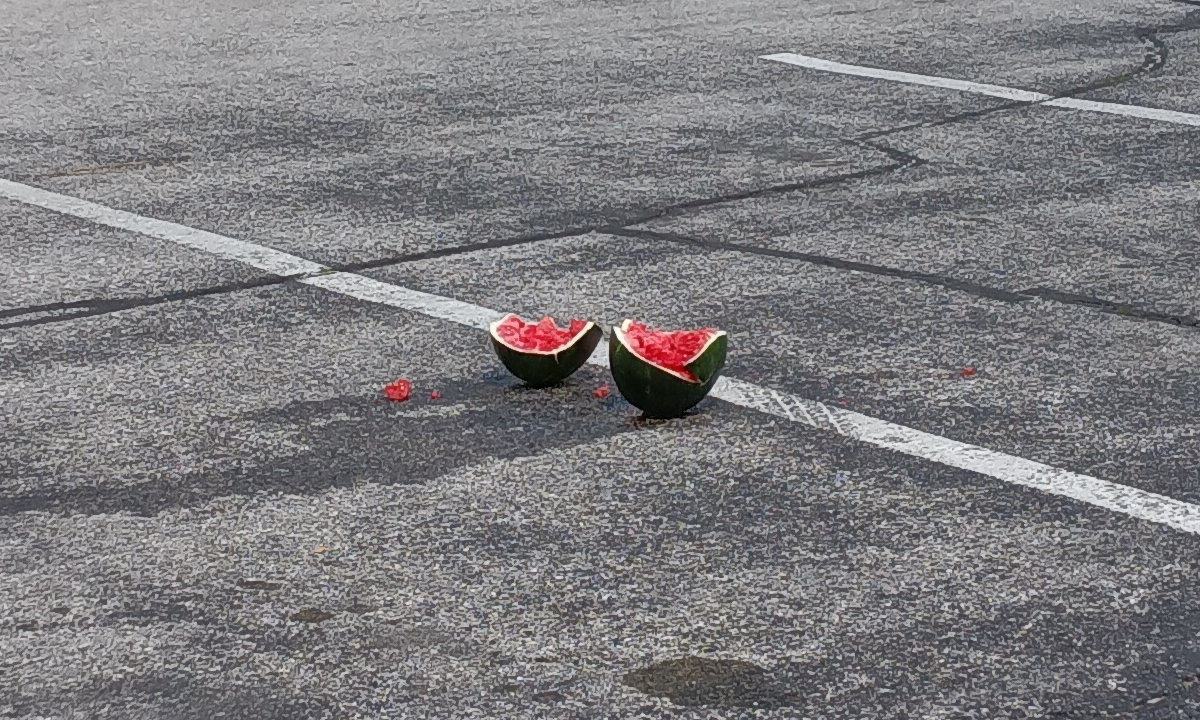 Look at it! So red! So succulent!