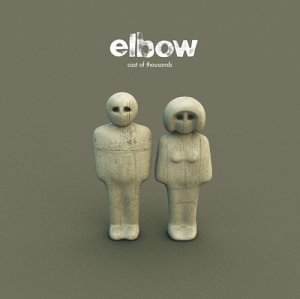 A radio station in Essex (England, that is, not Maryland) has been soliciting votes for listeners (and other fans’) top ten Elbow songs for an upcoming show. Naturally, as I have some small interest in the subject and I have opinions on the matter, I went to the website and voted.

The choices on the web form don’t, unfortunately, encompass the totality of the band’s work. The five albums are there, a few b-sides, and an odds-and-ends or two. The things that are missing, basically, are things that only completists and hard-core Elbow fans would be likely to know.

My choices for the top ten Elbow songs…

These were the top ten Elbow songs I selected for Phoenix FM. It’s completely non-scientific, and trying to figure out positions eight through ten proved more challenging than I would have thought.

If they had more options for b-sides, the list would have been slightly different — “About Time” would have made the top five, and “Theme from Munro Kelly” (an instrumental inspired by Ernie Hudson’s character from Congo) would have been in the bottom half, which would have pushed “Newborn” off the list entirely” and caused either “Great Expectations” or “Not a Job” to drop. (It would have come down to a coin flip.)

I’ve found that when I connect with an Elbow song, I connect with it in a way that it worms its way into my psyche and reaches emotional depths that I often keep guarded. I feel at times that Guy Garvey writes the lyrics and the band writes the music, if not just for me, then certainly for all the lonely INFPs in the world. Many of these songs do connect with me deeply.

I’m curious to see what Elbow fandom as a whole (or, at least, as much as votes for Phoenix FM) selects as the top ten Elbow songs. If you’re an Elbow fan, pick your top ten and vote. 🙂

One thought on “On My Top Ten Elbow Songs”