An extract from a parchment found in the ruins of Skaro in the 38th-century:

“And there were in the same country Kaleds abiding in the wastelands, keeping watch over their mutants by night. And, lo, Nyder came upon them, and the glory of the Lord Davros shone round about them: and they were sore afraid. And Nyder said unto them, Fear not: for, behold, I bring you evil tidings of terrible joy, which shall be to all Skaro. For unto you is created this day in the Kaled Dome a Saviour, which is the Dalek Mk. I Travel Machine. And this shall be a sign unto you; Ye shall find the Dalek attached to power umbilicals, powering up in a Davros’ laboratory. And suddenly there was with Nyder a multitude of Kaleks praising Davros, and saying, Glory to Davros in the highest, and on Skaro war, genocide toward Thals.” 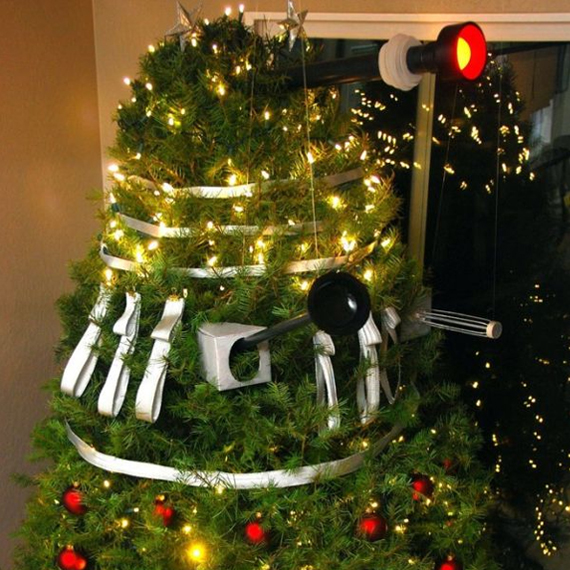 The important question, of course, is whether or not it likes plum pudding…