I mentioned a few days ago that I was putting together an Angel Tree package at the office. I talked about that here.

Tonight I finished wrapping the thing, and tomorrow I’m going to take it to the office. MY work will be done.

The tag I picked off the tree was for a seven year-old boy. He wanted LEGO, cars, and wrestling men. The tag also indicated his clothing sizes.

I set myself a budget — 40 dollars. I came in under that budget.

The hardest thing to find turned out to be the first thing I settled upon. He wanted LEGO and cars, and I thought that Hasbro’s KRE-O Transformers Optimus Prime (small size, not the big size) would be pretty cool. It’s knock-off LEGO, true, but it’s also really well made. I should know, I have one at the office; Optimus has teamed up with the Cybermen to oversee their conversion complex. Anyway, it took some hunting to find this, which surprised me because it used to be everywhere. 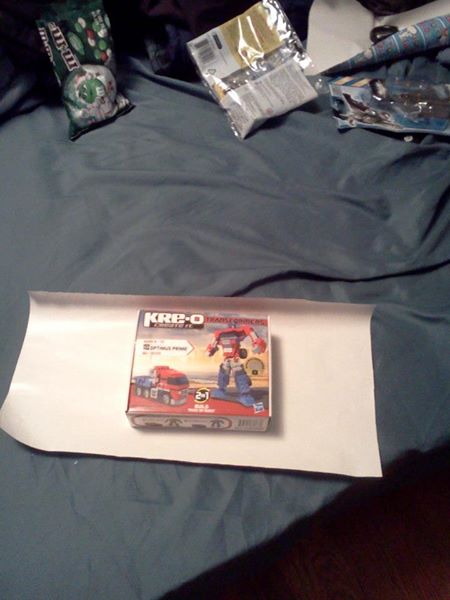 I bought some more knock-off LEGO. These Best-Lock car sets were two dollars each at Rite Aid. 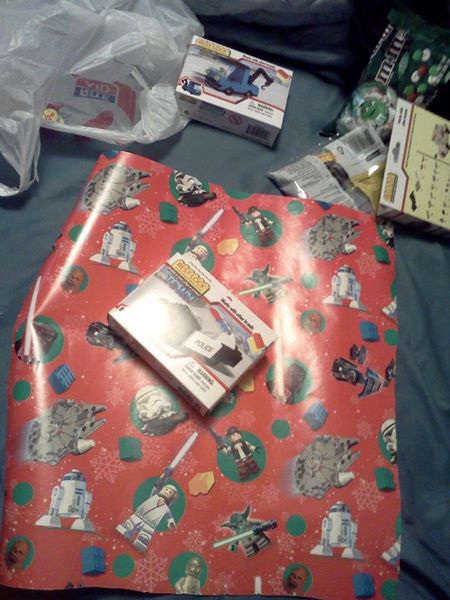 However, don’t think he wasn’t getting some real LEGO! Target offered this LEGO Batmobile set for four dollars, and I picked up a Batman action figure, too. Kids like Batman. 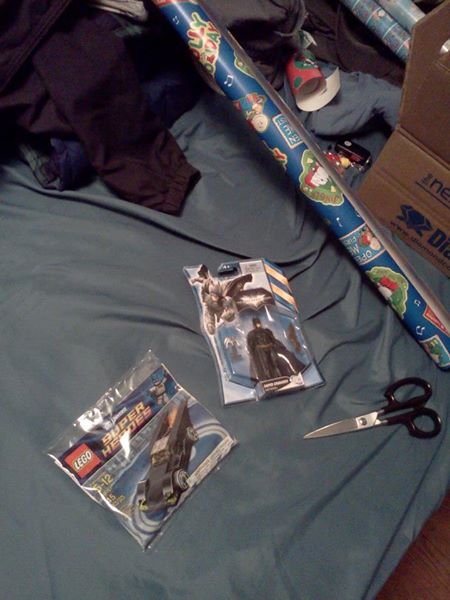 I also picked up some Spider-Man stuff — a puzzle and some flying discs — at Dollar Tree:

He could use clothes, so I picked up two shirts at Target. I don’t know what colors work for him. I picked colors I would wear. 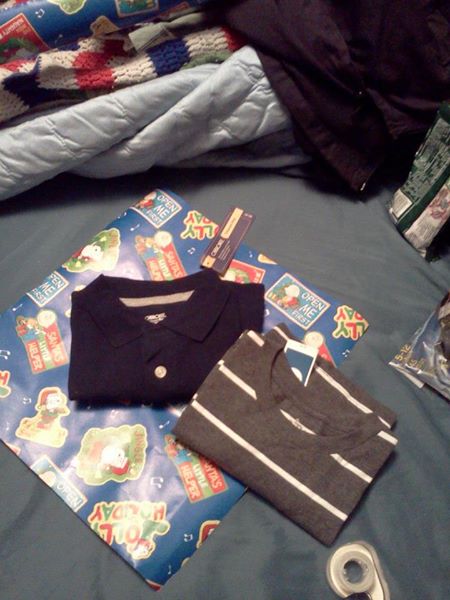 And he could use some reading material, too! I had two copies of this book for some reason. I suspect I received one at the office for some reason or another. In any event, he can give it a good home. It’s LEGO, it has a minifig, and it’s vibrant and colorful.

I wrote a letter to the little boy from Julenissen, Norway’s Christmas Gnome. We know him as Santa Claus, of course. It was fun to write, and Julenissen talks about a lot of things. He doesn’t live at the North Pole — there’s nothing there but ice — but he and his Elves, Dwarves, and Gnomes do live in a mighty castle (Slott Julenissen) north of the Arctic Circle in northern Norway. Julenissen had a lot to say, five pages worth! 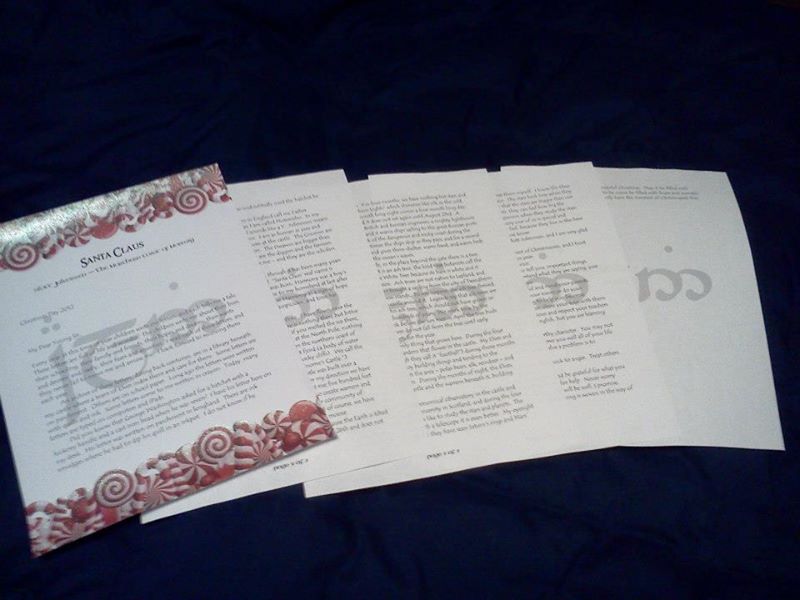 Here’s the pile of wrapped packages:

The package has been repacked: 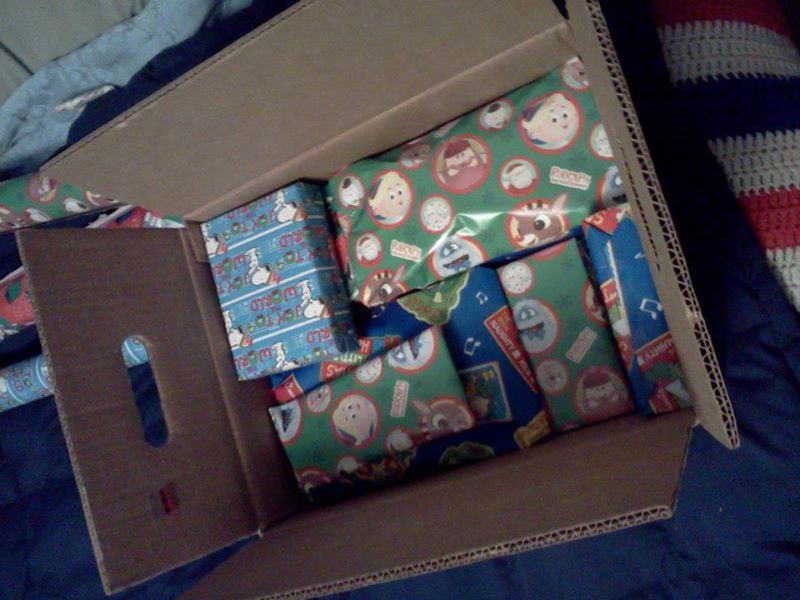 There it is. All wrapped and ready to go to the office tomorrow: 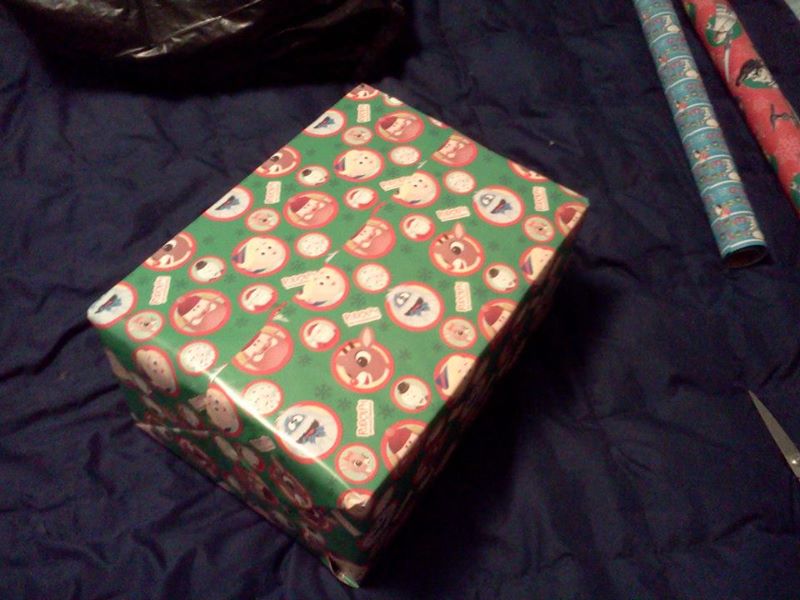 On Christmas morning, he’ll unwrap the big box, open it, and discover lots of other things inside.

That’s going to be awesome. I hope he has a great Christmas. And if he has little brothers and sisters, I hope he shares. (Julenissen in his letter tells him he needs to share.)

There you have it — my first-ever Angel Tree package.